It’s been said that there are over a million different apps for the smartphone. Well, however many may exist, know that not all of them are passing security tests with flying colors.

You may already be a user of at least several of the 25 most downloaded apps And what’s so special about the top 25? 18 of them flunked a security test that was given by McAfee…

You wouldn’t have to worry about privacy issues on Facebook if you didn’t post sensitive, private information on Facebook…such as information that one day can be used against you. And really, you should share only what you consider “professional” information, even with family. Just stop with the nonsense.

At any rate, it’s important to know how to use Facebook’s privacy features, which change from time to time. Here are useful tips.

The Security Costs of being too Social

One of the arguments against being very virtually social is that nobody is SO important that everyone wants to know, for instance, that this person is going to be at the local sports bar watching the Super Bowl (or almost nobody; sad to say, some celebrities have half the world following them).

Another argument, however, against tweeting and posting your every move is that this tells burglars when you’ll be away from your house.

Who’d ever think that 50 years ago, your money was safer in your bank account than it is today in this “modern” age: remote theft. If you bank with a large or small bank, your account may be at risk by hacking rings.

However, most of the time, but not always, if your account is drained by a cyber thief, the bank will cover it for you.

The latest information is that a big attack is planned in the spring, but it’s the “It’s easier to get one dollar from a…

Food For Thought – Why do we trust our judgement?

This article from the Wharton University of Pennsylvania titled Confidence Games: Why People Don’t Trust Machines to Be Right highlights the issue of placing trust in our own judgement even though the facts tell us otherwise.

In the article, Wharton professor Cade Massey and doctoral student Berkeley Dietvorst explain that once we use a predictive algorithm that makes a…

What is a Remote Administration Tool (RAT)?

Ever felt like your computer was possessed? Or that you aren’t the only one using your tablet? I think I smell a rat. Literally, a RAT.

A RAT or remote administration tool, is software that gives a person full control a tech device, remotely. The RAT gives the user access to your system, just as if they had physical access to your device. With this access, the person can access your files, use your camera, and even turn on/off your device.

RATs can be used…

Nowadays investing in the stock market seems to be all about competing over pennies at sub-millisecond speed, requiring huge upfront investments in low-latency technology, in what is known as High-Frequency Trading. At the other end of the extreme, ordinary people are using mobile investing apps to simply automatically invest small amounts in passive index funds. Little attention however is going to approaches that actually aim to predict market movements by taking advantage of fundamental…

You may think you’re not dumb enough to fall for scams, but consider that someone you care deeply about is naïve enough to be conned. Besides, some scams are so clever that even those who think they’re scam-proof have actually been taken for a ride.

Sometimes fraudsters pose as an authority figure. Some claim you won a prize, while others claim you’re in trouble. Some even claim they’re a family member (needing money) and have figured out a way to convince you of…

Online Data less safe than ever

It’ll get worse before it gets better: online data safety. It’s amazing how many people think they’re “safe” online, while one huge business or entity after another keeps getting hacked to the bone.

And “safety” doesn’t necessarily mean the prevention of your computer getting infected with a virus, or falling for an online scam that results in someone getting your credit card information. It’s also a matter of privacy. While targeted advertising (based on websites you’ve…

Deadbolt, gotta gotta have It

Deadbolts aren’t hyped up; they really are superior to regular knob locks. Though we keep shaking our head in amazement whenever yet another news story comes out about a burglar or rapist who waltzed through an unlocked door and committed mayhem, it remains a hard fact that many criminals gain entry via physical force.

Yes, what you see in movies and TV shows is true: People CAN kick open a locked door—that’s either missing a deadbolt, has a faulty one or simply… 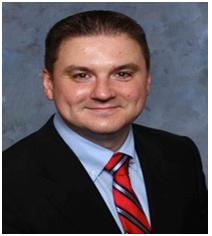 For banks, cash management represents a reliable revenue stream. However, the regulatory diversity of LATAM makes the region one of the most complex and restrictive markets for cash management, mainly due to the currency restrictions imposed in certain countries. Banks are in need of a clear solution to optimise their cash management offering.

How to build up or rebuild your Credit

After taking all the necessary steps to Fixing a Credit Report after being hacked, it is then tome to rebuild your credit. Bad credit is bad credit no matter how it happens. No matter how responsible you are with your money, you won’t get a loan if there’s no evidence of this. The evidence comes from having credit. You need to show lenders you can be trusted.

How your Brain is affected by Phishing Scams

A recent study says that people are more mindful of online safety issues than what experts had previously believed. An article on phys.org says that Nitesh Saxena, PhD, wanted to know what goes on in users’ brains when they come upon malicious websites or malware warnings.

Saxena points out that past studies indicated that users’ minds are pretty much blank when it comes to malware signs. Saxena and colleagues used brain imaging (functional MRI) for their…

The risks of automated trading: a case study

Over the last decade, automated or algorithmic trading has taken the markets by storm. This does not come as a complete surprise, since enormous technological advances have created the possibility to trade at higher speed and frequency and recognize patterns faster than a human trader could ever dream.  Unfortunately, (or luckily if you are in the risk management business) this trading system does not come risk-free.

For those unfamiliar with automated trading systems: these…

Who would be up for some networking next week (16-20 February) in Dubai?

It would be nice to know some other risk & finance managers!
Especially in the energy/banking/trading sector, but open for others!

How to Spot a Splog

I really enjoy reading blogs. And since you are here, reading my blog post, I’m guessing you do too. Blogs are a great way of gaining information and learning about different perspectives on a wide variety of topics. Unfortunately, spammers have tainted this medium with splogs.

The word splog is a combination of the words spam and blog (from my perspective, it could easily be called blam as well). And that’s exactly what it is, a blog full of spam. Splogs are blogs that…

What is a Rootkit?

A rootkit is a kind of software that conceals malware from standard detection methods. A good analogy for a rootkit would be a burglar breaking into your house. The burglar is dressed all in black, so that his form blends into the darkness. He tiptoes around to hide his sounds so he’s more likely to go undetected as he steals your belongings. But unlike the burglar, who usually takes your stuff and leaves, an efficient…

Smart criminals love dumb homeowners, but even a dumb burglar can score big when the homeowner makes just a little slip in security measures.

Years ago, having “the talk” with your kids meant telling them where babies come from. Nowadays, “the talk” has a whole new meaning. Your kids may be able to explain in detail how a baby is created, but may be clueless (because so many adults are) about something called “data permanence.”

Don’t beat around the bush. Tell your kid outright, “If you post any racy images of yourself online—it will be there for the next million years for anyone to see. And it can be used…