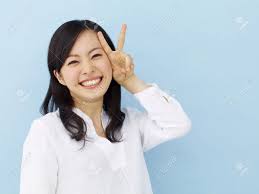 Gee, if your home is connected to lots of different devices, doesn’t it make sense that your cybersecurity integrates all your connected devices? Meet the Bitdefender BOX, a network bulletproofing hardware cybersecurity tool for the home that embraces smart home protection focusing on the Internet of Things with remote device management offering next generation privacy protection. 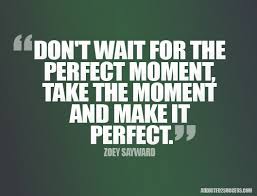 This is what happens when you reply to spam email 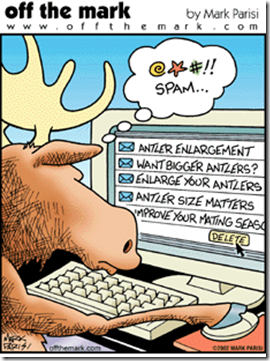 Video: This is what happens when you reply to spam email

When the chief set direction, what did you have to say?

The role of the chief in any organisation, division or business unit is to set a firm direction for the organisation or team to follow.  That includes a clear purpose along with specific goals.  Sometimes they get it right, sometimes they don’t.

The last time the chief set direction, what did you have to say?  Did you have enough knowledge to talk sensibly about the challenges you all faced?  Were you able to bring your expertise to the table and really get people thinking?  Were you…

Protect Yourself from Phishing

Everyone has received very obvious “phishing” e-mails: Messages in your in-box that have outrageous subject lines like “Your Account Will Be Suspended,” or, “You Won!”

While some phishing attacks are obvious, others look harmless, such as those in a person’s workplace in-box, seemingly from their company’s higher-ups.

Researchers point out that an e-mail may appear to come from the company’s HR department, for example. E-mails with an “urgent email password…

A couple decades ago, back in 1992, W. Warner Burke and George Litwan collated a number of organizational change models into one holistic view of how organizational structure and design affects change.  With this research, Burke and Litwan developed the Causal Model of Organizational Performance and Change, otherwise known as the …

Disasters happen every day. Crashing hard drives, failing storage devices and even burglaries could have a significant negative impact on your business, especially if that data is lost forever. You can avoid these problems by backing up your data.

Backing up means keeping copies of your important business data in several places and on multiple devices. For example, if you saved data on your home PC and it crashes, you’ll still be able to access the information…

The Basel Committee on Banking Supervision (BCBS) recently released the long awaited revised new market risk framework, the Fundamental Review of the Trading Book ('FRTB'). The final text has prompted much discussion on Basel capital adequacy requirements with fundamental changes to and concerns over the internal models-approach, standardised approach, VaR to ES,…

A big mistake in risk management, especially when it comes to companies with newer programs, is underestimating the importance of standardized risk prioritization. Diving into identification and assessments without a sufficient framework inhibits prioritization. This can result in ineffective risk mitigation activities and duplicate work across…

Here’s one for the know-it-alls: Kids are 35 percent more likely to become victims of identity theft than are adults. Betcha didn’t know that! This startling news comes from a 2015 Javelin Strategy & Release study.

Needless to say, the bulk of parents aren’t on top of this problem, unaware that thieves go after children’s SSNs like two-year-olds grabbing at candy. Thieves know that kids (and their parents) don’t monitor their credit reports. Thieves know…

Which brings me to a way that parents can always know exactly what their kids are doing in cyberspace. And control when, too. This is possible due to a type of software known as “parental control” that…

Benchmarking Basics. What Is It and How Do You Do It?

Benchmarking is a very powerful tool many organizations use to not only measure and gauge their performance against competition, but also to push themselves to be best-in-class.  Benchmarking is a source of competitive advantage and continuous improvement (Kaizen).

Benchmarking is the process of comparing one’s business processes and…

Identity Theft on the rise affecting over 13 Million

13.1 million people were stricken by identity theft last year in America, reports a study by Javelin Strategy & Research which reveals:

Ransomware as a Service: A new threat to businesses everywhere

Cyber criminals have been attempting to extort money from individuals and companies for many years, and the latest attempt to take advantage of others is by using Ransomware as a Service, or RaaS.

A ransomware virus infects a computer when a user clicks a link and unknowingly download a malicious file. The ransomware virus then encrypts the computer’s files and promises to render them useless unless the victim pays a ransom. The cost varies greatly and groups sending…

Ahead of the Fundamental Review of the Trading Book Summit taking place April 19-20, the Center for Financial Professionals have reviewed the Finalisation paper for the revised capital standard for market risk. Presenters and panelists will be presenting their findings of the paper and amending sessions in line with the changes.

With the Basel III capital framework for trading activities weaknesses being highlighted, resulting…

How to prevent IRS scams

Once a thief knows your Social Security number…you’re at very high risk for having your identity stolen.

A report on bankrate.com says that the IRS is warning of a cyber attack on its electronic filing PIN application. Thieves infiltrated it with malware in an attempt to claim other people’s refunds as their own. Over 450,000 SSNs were involved, and over 100,000 of them enabled the hackers to access an E-file PIN.

Reduce your cost of claims by as much as an additional 30%.

Serving 13 countries, Gleason Technology works with Risk Managers to better monitor critical operations that could potentially lead to a hazard within the facility. Their patented location-driven technology time and date stamps any operation while verifying all objectives were within compliance and have met the standards set by the…