The U.S. Office of Personnel Management, an identity database, was attacked by hackers rather recently, and they hit the jackpot: More than 21 million federal workers are at risk of identity theft for perhaps the rest of their lives, reports an article on forbes.com.

The hackers from overseas now have security clearance documents for these employees that contain some very sensitive personal information. And nobody can take these documents away from the…

Twitter recently announced its new tool to help with management and monitoring of its users’ accounts: the Twitter data dashboard.

An article on lifehacker.com details what this new tool will offer. For instance, you will not need to use your real name on Twitter—and I have to admit, this is an odd way to promote the tool, because I’m sure that scads of Twitter users haven’t been using their real name for years. It’s not as though Twitter can tell that “Emily White”… 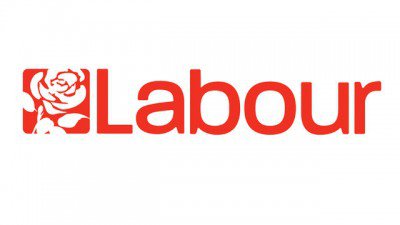 7 Ways to protect Yourself Online

The biggest mistake that you can make to threaten your online safety is to treat the online world different—as far as your private information—than you would treat the physical world. In other words, if someone walked up to you and said, “Hi, can you please provide me with your name, address, birth date, home phone, cell phone, email, usernames, passowords all your friends names and all their contact info?” I think not.

What sane person would pass out cards with…

One of the reasons you—and many others—don’t have your alarm on during the day is because you know you’ll keep forgetting to turn it off every time you want to step into the garage or go outside. So you just keep it off. And that’s not smart because many home invasions and burglaries occur during daylight hours.

Finding out which Employees keep clicking on Phishing E-mails

You have the best IT security, but dang it…the bad guys keep getting in. This means someone inside your house keeps opening the back door and letting the thieves slip inside. You have to find out who this enabler in your company is, and it may be more than one.

They don’t know they’re letting in the crooks, because the crooks are disguising themselves as someone from your company or a vendor or some other reputable entity.

After figuring out who these…

Janet N. Cook, 76, was duped by a dashing younger man. A report at nytimes.com explains that in July 2011 she connected with Kelvin Wells via a dating site.

Next thing, this seemingly-together man was in trouble and needed lots of money. Cook got burned; she sent the crook nearly $300,000 (amazing; just try to get a friend to give you $100).

Volkswagen – The Cost of Deception

“We screwed up”. Michael Horn, head of VW’s US operations, offered a stark apology and admission of cheating on diesel emissions. “Our company was dishonest with the EPA, and the California Air Resources Board and with all of you” was the confession offered by Mr. Horn during a press conference to discuss the now explosive findings of devices added to their cars to fake the appearance of passing emissions tests. The…

Do you have the right ojectives?

Most organisations, although to my surprise not all, have a strategic plan with defined objectives. The challenge is to ensure you have the right objectives. Ask yourself, with the objectives we are pursuing, what question are we answering? Are we even asking the right question?

When it comes to strategic plans and objectives, we have a tendency to immediately start thinking about how to implement the first idea that comes into our head. We start asking ourselves, how am I going to…

Companies that want to employ at-home workers for their call centers to save money and reduce the hassles of office space have to look at security considerations. In addition to thorough vetting of the agents and their equipment, organizations also need to ensure that the security is top-notch. A cloud-based contact center combats these issues. Here are some considerations:

Bad guys hacked bad guys. Hmmm, whose side should we take?

This dating site has 37 million users and is owned by Avid Life Media. Their other sites, Established Men and Cougar Life, were also hacked.

Proactive Risk Management will be at the ASIS 2105.

Visit us at the booth 967: Proactive Risk Management

How to prepare for Digital Disasters

Editor’s Note: In this week’s guest blog security expert Robert Siciliano explains how to protect your IT systems and your business from hardware failure. To learn more, download our new e-book, “…

Once you become active online…and especially once you become “connected” with a smartphone…your privacy will be in sizzling hot demand—and in fact, you can bet that as you read this, it is already being invaded in ways that you couldn’t possibly imagine. Here are some of those ways, provided by wired.com:

Last month, SoulCycle, a well-known high-end cycling business, filed for an initial public offering. In the midst of this exciting transition from private to public, SoulCycle was hit with a lawsuit for violating the Credit Card Accountability and Disclosure Act. One might assume that the company was outed by a compliance agency or regulator. But, surprisingly, this lawsuit comes from a disgruntled former customer, Rachel Cody, who…

I have published an article with Corporate Compliance Insights on COSO and risk management.  I would like to get this groups opinion on the article: Pros and Cons and hear your arguments for why you agree or disagree?  Basically, I truly believe that risk management and the growth of risk practice must have one…

Auto Hacking is a real Thing

You’ll probably be shocked to learn that last year, thousands of cars with keyless entry technology were stolen in London, says a report from wired.com.

Rule: Anything that’s connected, especially via WiFi can be hacked.

The article notes that recently, a Jeep Cherokee was hacked with a…

Catfishing is when someone creates a phony online account—and not necessarily to scam someone for financial gain. An article on vice.com tells all about a person who’s been catfishing for eight years.

She started in middle school by creating “Joey” on MySpace. She then commented, as “Joey,” on her real MySpace page to make herself appear that some cool kid named Joey thought she was pretty.

She got older and didn’t have friends. Don’t blame her for this. Her…