Jeanette Franzel, board member of the Public Company Accounting Oversight Board (PCAOB), recently spoke at the American Accounting Association (AAA), according to The Wall Street Journal. She says audit-oversight inspections show a twenty percent increase (since 2013) in internal-control deficiencies of company audits. Inspections also indicate that 36 percent of company audits… 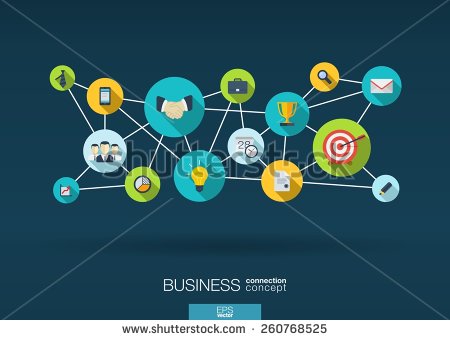 The cause of this staffing shortage? There simply aren’t enough qualified people for the job[i]. Thankfully, change is in the air. 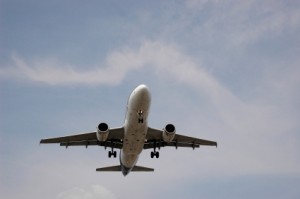 This past April, an Air Force reconnaissance airplane caught fire. At the time, 27 airmen were on the plane, and all their lives were put in danger. What went wrong and caused…

How are negative interest rates impacting your derivatives business?

Years ago negative interest rates were unheard of. Modeling assumptions (often purposely) excluded them due to their extremely low probability, it simply seemed counter intuitive that they could even be present in a market, and certainly if they did they seemed as if they’d be a rare blip and not a prolonged market environment.

Fast forward to today, and…

Human error is inevitable: Ways to protect your business

National Preparedness Month is happening right now. It’s the perfect time to take action for you and your community. It’s all about making plans to remain safe, and when disasters do strike, to…

Ransomware Scammers get the Big Bucks

It sounds almost like science fiction, even in this cyber age: A thief hacks into your computer and encrypts your files, meaning, scrambles the information so you can’t make sense of any of it. He demands you pay him a big fat payment to “unlock” the encryption or to give you the “key,” which is contained on the thief’s remote server.

You are being held ransom. The FBI’s Internet Crime Complaint Center has sent out a warning to both the common Internet user and…

The New York Times author David Leonhardt recently published a puzzle that I recommend all governance personnel attempt. Take a second to give it a try before reading this blog, but if you’re pressed for time, I’ll outline the basic premise.

The puzzle asks that…

Darkode anyone? Not anymore. This underground bad hackers’ forum was recently demolished by the FBI, says a report on www.justice.gov. The dozen hackers associated with Darkode are facing criminal charges.

Though there are about 800 of such forums, Darkode was among the worst (or shall I say “best”?), presenting a serious threat to worldwide computers. Gone is Darkode’s ventures of buying, selling and trading malware, and…

You take your car to the mechanic; it’s been making a funny grinding noise when you press on the gas pedal. The mechanic tells you what’s wrong and what needs to be fixed, then socks you with the estimate.

How can you tell he’s not embellishing a lot of the “diagnosis”? You know nothing about cars. You have to take his word for it. What if the second opinion is also from a scammer and sounds a lot like the first opinion? You’re screwed.

Protect your small business against viruses with these tips

It is September and it’s National Preparedness Month—a great time to get involved in the safety of your community. Make plans to stay safe, and this includes maintaining ongoing communications.…

Back to school Tech Security for College Students

Some of us remember college dorm days, when students were envied if they had their own typewriter. These days, college students must have a personal laptop computer, and a smartphone, and their lives revolve around these connected devices.  Such dependency should be proactively protected from loss or theft.  Campus security now means more than just being beware of who might be hiding in the bushes at night.

When you send your college kid off into the world,…

Cybersecurity has been on our radar a lot lately, but that's thanks to the alarming number of recent, high-profile security breaches. Take a look at our recent blog post regarding a major flaw in the Android operating system, or our …

One of the strongest forms of confirmation is a double reversal signal.

For example, the current chart of Wal-Mart shows how two bullish reversal candlesticks show up on the price chart, and how to interpret them. In this case, candlesticks provide strong bullish signals even though momentum contradicts what these show. A skilled…

These are the Bigtime Hackers

Hackers with big skills and a big ego will be drawn to Facebook and Twitter as their targets. But they’ll also target dozens of other companies, reports an article on arstechnica.com.

One group in particular stands out as the attackers, using zero-day exploits. They are known as Wild Neutron and Morpho, says the article, and have been active possibly since 2011, burrowing their way into various businesses: healthcare, pharmaceutical, technology.

You’re sitting on your front porch. You see a stranger walking towards your property. You have no idea whom he is. But he’s nicely dressed. He asks to come inside your house and look through your bank account records, view your checkbook routing number and account number, and jot down the 16-digit numbers of your credit cards. Hey, he also wants to write down all your passwords.

Is this something you’d be crazy enough to do? Of…

Dealing with what is in front of us today is always appealing.  However, sometimes we need to shift our thinking to the much longer-term.  This is a problem we face when dealing with managers and their thinking around risk. Here is a story I use to help people to think more long-term.  I am interested to hear how you meet the same challenge.

“When I think about long-term thinking and the lack of it I always seem to come back to pollution.  Why anyone thinks we can continue to…

Should a Credit Analyst think of an analysis to assess borrower’s credibility to repay the loan without liquidation of collaterals or should he go for collateral comfort that should support the credit to end the loan in itself without going into troubled credit hassles?

In situations as above, professional handling in credit analysis as…

Take the Risk out of ERM and GRC Software

Forrester predicts that by the end of 2015, over half of all ERM and GRC software implementations will be done through Software-as-a-Service (SaaS) models. While SaaS GRC software is undoubtedly gaining traction and market share, many organizations are still hesitant to…

OCC Targets Cybersecurity and AML Deficiencies - ERM is the Answer