This week I faced the ultimate personal test of my risk management skills, where I had to soul search “do I practice what I preach as an ERM expert.”. Sunday, the night before the storm of the century Hurricane Sandy hit, I had tickets to fly to Texas as a speaker and expert on ERM. What would become of my home and family? Had I applied the same risk principles in my work as a CEO of the leading…

Trading swaps in a cleared world

Meet Joe. Joe is a swaps trader within a small institution that has a straightforward hedging strategy at both the micro and macro level. Being a price-taker, Joe has built and maintained broker relationships that enable him to easily get a swap priced at an acceptable level provided counterparty limits allow. Joe’s back office is practicing weekly collateral exchange with various counterparties in cash. As such, Joe lives in a very comfortable world.

But Joe is in for a nasty…

The lack of rigorous enterprise-wide tools for ensuring that quality, reconciled auditable data is used to manage the banks’ risk has not gone unnoticed by regulators. The latest…

I am a big believer in the categorisation of risk events and while this may not be popular among many of the non-banking members of the risk community, even more so with ISO 31000 practitioners, I still believe it is an important exercise to carryout.

Either way; I have taken to list ten reasons why causal event categorisation…

SURVIVAL - FOR H&L BROKERS AND CARRIERS IN 2013 AND BEYOND!

The days of slowly and reluctantly accepting change are over for Brokers and Carriers in the Health, Life, and Voluntary Benefit  Markets.  Forces that are out of their control have taken over!

For decades the Health and Life (H&amp;L) Insurance Markets - Including the Insurance Carriers, Brokers/Agents, and Service Providers - have reluctantly accepted change on an Evolutionary Basis. While competition was stiff, most parties were enjoying a stable and profitable…

Errors in financial models that banks use on a daily basis could lead to tremendous financial and non-financial losses. It is crucial for banks to understand how they could minimize and manage model risk effectively. In addition, the OCC and the Federal Reserve have recently released new guidelines on model risk management, which will significantly modify their existing model risk management practices. 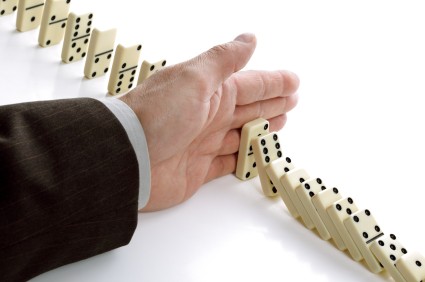 In my last blog and On-Demand Webinar “Presenting Risk Management to the Board,” I was asked for help identifying…

With the recent introduction of recording for voice and SMS on mobile phones for trading activities in the UK, many technologists were raising the issue of “Big Data” as additional voice recording requirements contribute to the growing repository of data being held by their firms to meet with regulator requirements. Although regulators around the globe are driving for greater visibility and a more comprehensive record of past trading activities, this additional data can also serve a purpose…

A New Quantitative Approach: Advanced Exposure and CVA for Exotic and Vanilla Instruments

By now, we all realize that financial practitioners around the globe are…

Addressing the LIBOR Debate: The Role of LIBOR in the Valuation of Derivatives

In this video blog, Numerix Host James Jockle, SVP of Marketing, and…

$30,000,000,000,000 - This huge figure is the estimated additional liquidity financial institutions worldwide will need if the current proposal by the International Organisation of Securities Commissions (IOSCO) and the Basel Committee on Banking Supervision (BCBS) on margin requirements for non-centrally-cleared derivatives were to be implemented.

Some risks are cyclical in nature which can be modeled on a risk clock.

Are you watching World RIsk and Insurance News? See the preview here...

OTC Clearing: part 7 - If they build it, will they come? A look at electronic OTC trading venues

One of the mandates of the 2009 G20 summit was to ensure the electronic trading and central clearing of standardised OTC derivatives. OTC or ‘over-the-counter’ is seen as the antonym to exchange-traded or ‘listed’ in most literature. Now, global regulators seem intent on removing OTC from the trading landscape.

Our partners at marcus evans conducted an interview with Mr. Christian Ferrer,,Director, Head, Global Commodities Trading Market Risk at Bank of America Merrill Lynch and a Speaker at the marcus evans 5th Annual Risk Management in Energy Trading Conference recently and kindly gave us a preferential permission to publish it on our website.…

How to Prepare a Risk Statement

Here are a few tips about risk statements and a link to one of my presentations where I outline how to complete a risk statement.

Webinar: Access Risk and Fraud: Prepared Or Not? That Is The Question

The name of this organization suggests an interest in Risk Reduction

I am a former Stock Options Market Maker on the CBOE and the Pacific Stock Exchange. I and some others used a strategy of identifying mis-priced calls and puts. We sold the over-priced and bought the under-priced and then hedged to reduce risk.

After noticing that the millions of employees who have been granted equity compensation by their employer/company and their advisers have little understanding of the value that these employees have, the risks of losing that…

What is Risk Culture Building?

To start the process of Risk Culture Building, an organisation first needs to get an accurate picture of the current level of risk culture maturity in the organisation. Various attempts have been made to do this and generally most revert to some kind of questionnaire or checklist approach linked to a scoring sheet that is eventually tabulated to quantify an overall score which is linked to a perceived level of maturity. In some cases organisations call in consultants who use an…

In their new book Beyond Performance: How Great Organizations Build Ultimate Competitive Advantage (2011), McKinsey senior partners Scott Keller and Colin Price make some interesting observations about organisational transformation and the achievement of excellence.

Leaders wanting to „beat the odds‟ must find answers to questions related to: