Wow, a lawyer in Memphis got scammed by his secretary—she embezzled over $362,000 from him, says an article on wreg.com. Attorney Jerry Schatz hired Teresa Sumpter, 48, in July of 2013.

Little did he know that his assistant would end up stealing checks from his trust account, forging her signature on them, and opening three credit cards—all in his name. And she named herself as an authorized user.

And what did this conniving little pill do with the stolen…

The Fracturing of the European Union 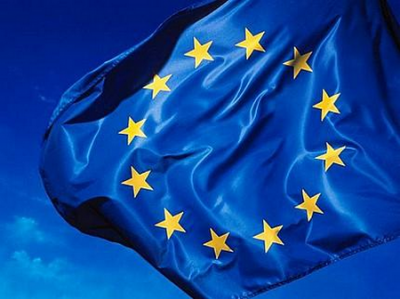 The Fracturing of the European Union

Covert Camera Apps to be aware of

You can now spy on people with apps like Private Ninja Cam, Stealth Cam and Top Secret Camera. Scary enough, many users of these apps…

A Crisis Worse than ISIS? Bank “Bail-Ins” Begin…”Your Life Savings Could be Wiped out in a Massive Derivatives Collapse”. 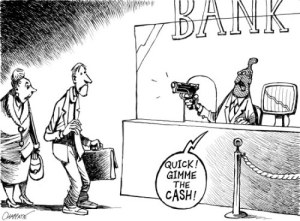 A Crisis Worse than ISIS? Bank “Bail-Ins” Begin…”Your Life Savings Could be Wiped out in a Massive Derivatives Collapse”.

Burglars actually peruse social media to see who’s on vacation. In fact, 69 burglars were interviewed by Edith Cowan University in Australia, and perusing social media kept coming up as a way to find victims.

Keep your cyber mouth shut till you return. Here are more tips:

Get to know your neighbors. This way they’ll be more inclined to ask a stranger, who’s loitering around your yard, what they’re doing there.

The “Dirty Work” of the International Monetary Fund, Lays the Groundwork for Worldwide Financial Conquest The “Dirty Work” of the International Monetary Fund, Lays the Groundwork for Worldwide Financial Conquest

The criminal behavior of IMF executives…

At LogicManager, we are firm believers that embracing risk management can result in two boons: ease of mind and success. On a related note, we recently came across an article by Carl Richards in The New York Times titled “For True Freedom, Learn to Deal with Uncertainty.”

How to unsend or cancel an E-mail

If the person you are sending an e-mail to pretty much instantaneously receives it, how on earth can you unsend or cancel it? Well, you have several options.

Stop being a blabber on Social Media

Are you a cyber-blabber? Even a post about your daily afternoon foray to the sub sandwich shop could get you in trouble: A burglar reading this knows when to rob your house. But it doesn’t end there. STOP THE MADNESS! 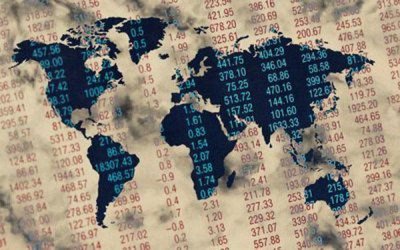 15 Ways to protect your Identity

There are tried and true ways to protect yourself from identity theft—ways that you may not have even considered. Check them out (no specific order):

A Message for the Holidays: Did you Find Peace and Did you Help Others? 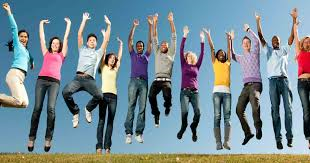 Did you Find Peace and Did you Help Others?

Who Owns the Federal Reserve Bank—and Why is It Shrouded in Myths and Mysteries? Who Owns the Federal Reserve Bank—and Why is It Shrouded in Myths and Mysteries?

Working with our tendency for indecisiveness

Last blog I wrote about working with our tendency for impulsiveness. Which can lead to one hell of a fun ride and other times can lead to regret.

Counter this with the fear of making the wrong decision. Sometimes we are so uncertain as to the right decision we are frozen and unable to decide. We fear regret. The regret of pain and suffering or the regret that we missed out on a fantastic opportunity.

Cybersecurity a “Must” for Credit Unions

Credit union online news agency CUInsight.com recently published an article declaring cybersecurity a “must” for credit unions. In support of its position, author Stuart Levine cites more than 400 incidents – recorded by the Identity Theft Resource center in 2015 – putting at least 80 million records at risk and tallying costs in excess of $100 million for the targeted…

Tips for backing up and protecting your data while traveling

The season of giving is now upon us — but don’t forget, it’s also the season of stealing — and no, I don’t mean your wallet or the gift package at your doorstep, but your Social Security number, credit card information, medical records and any other highly confidential information that you have stored on your computers.

Thieves want your data — the information stored in your smartphone, laptop and other devices. People are especially vulnerable to…

Should Stalking or Spying Apps be banned?

The words “spying” and “stalking” have negative connotations, but there’s a flipside to the coin: parents monitoring their kids’ online activities and physical locations. And how about middle-aged adults keeping track of the whereabouts of their aged parents with dementia?

If you fear that apps for “spying” might get banned, here’s bad news: U.S. Senator Al Franken is pushing for this.

However, Franken’s proposed law will actually permit these constructive…

Protect Yourself from Holiday Shopping Scams

Even though the highly publicized retail data breaches have involved off-line brick and mortar stores, this doesn’t mean that security is high with online shopping. Scammers and hackers are waiting for you in more ways than you know, such as:

Keep Accountant happy and Thieves out

Are you a shredder? I hope so. No identity thief on this planet is going to want to attempt to reconstruct cross-shredded documents.

So what, then, should you make a habit of shredding?

In light of recent events, the Environmental Protection Agency is using new monitoring techniques to evaluate the quality of companies’ classifications and reporting of hazardous materials. Ironically, as we all learned recently, even the EPA itself isn’t immune to catastrophic, if preventable, mistakes. New compliance regulations…