Are you newly working from home? Or are you an old pro? Either way, it is likely you are using some form of remote desktop protocol. Those of us who have been working home as our primary means of earning a living, know these tools very well and are accustomed to eliminating the various distractions in our home environment in order to get the job done. There are some precautions to be aware of. 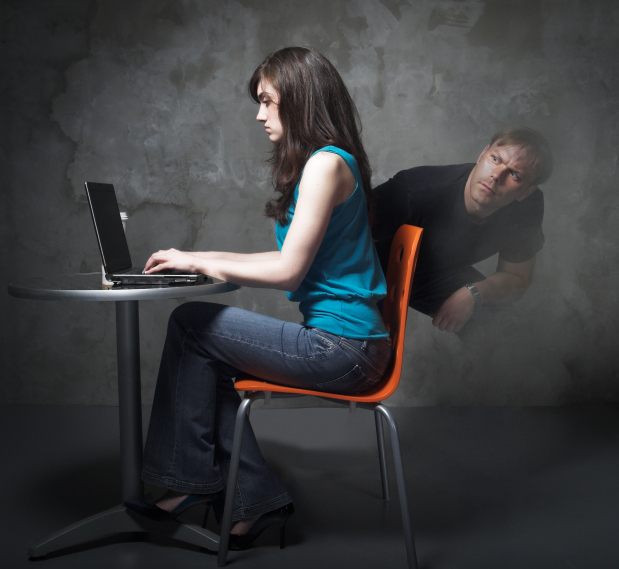 None of us think that we are going to get hacked, even though we have seen…

It's Tax Time: Play it Safe or Lose Your Identity

Once again, tax time has rolled around, and though you technically have until April 15th, it’s always best to file a bit earlier…especially if you want to avoid setting yourself up for ID theft.

How Could Filing Taxes Compromise Your Identity? 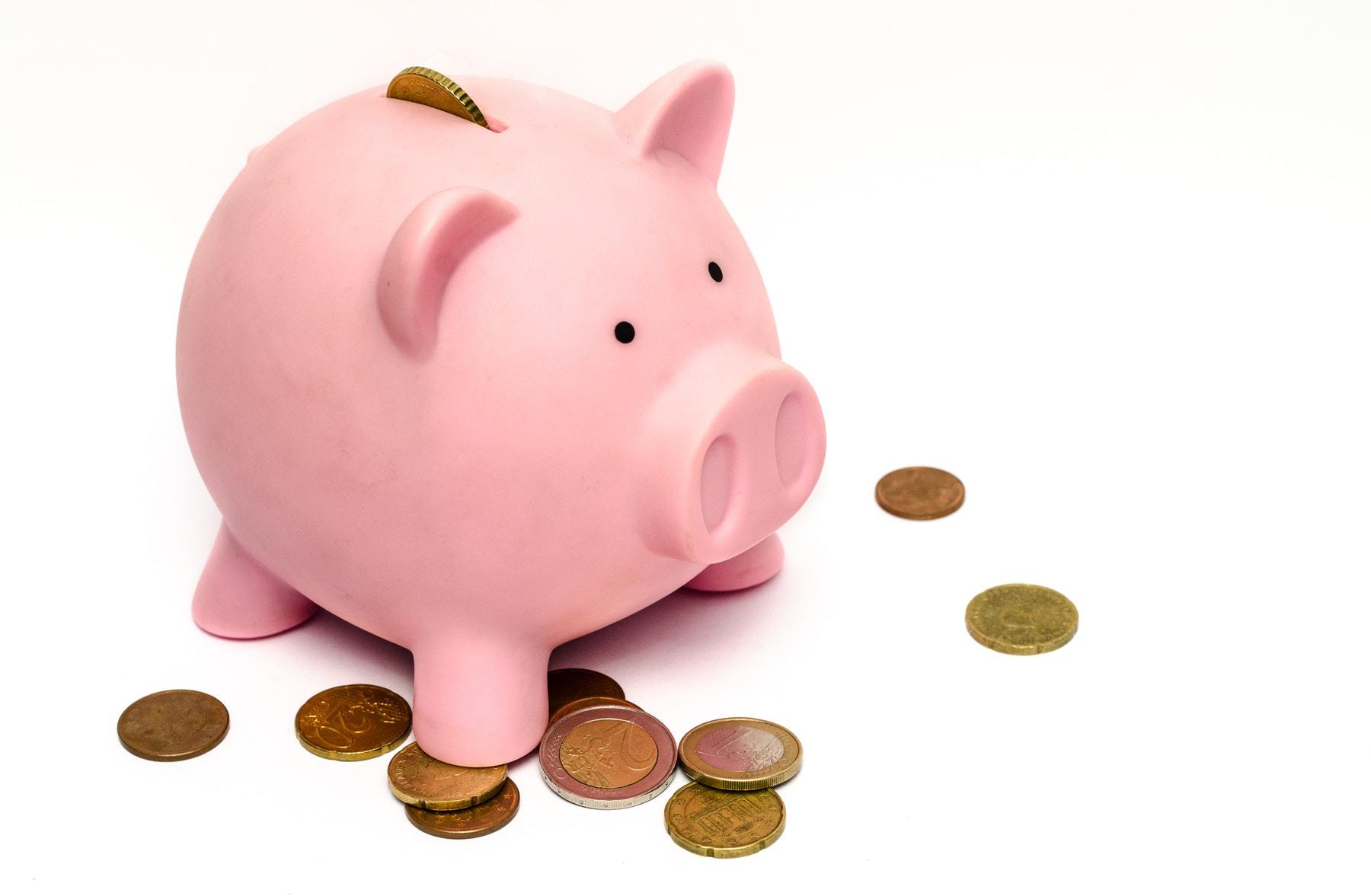 Here’s how you could become a victim of ID theft just by filing your taxes: the first method is that a thief uses your Social Security number to file taxes, and then they steal your refund.…

Hey YOU, SMB, yeah I’m talking to you. There are a number of things that you can do to not only protect your personal information, but also the information you have in your business: 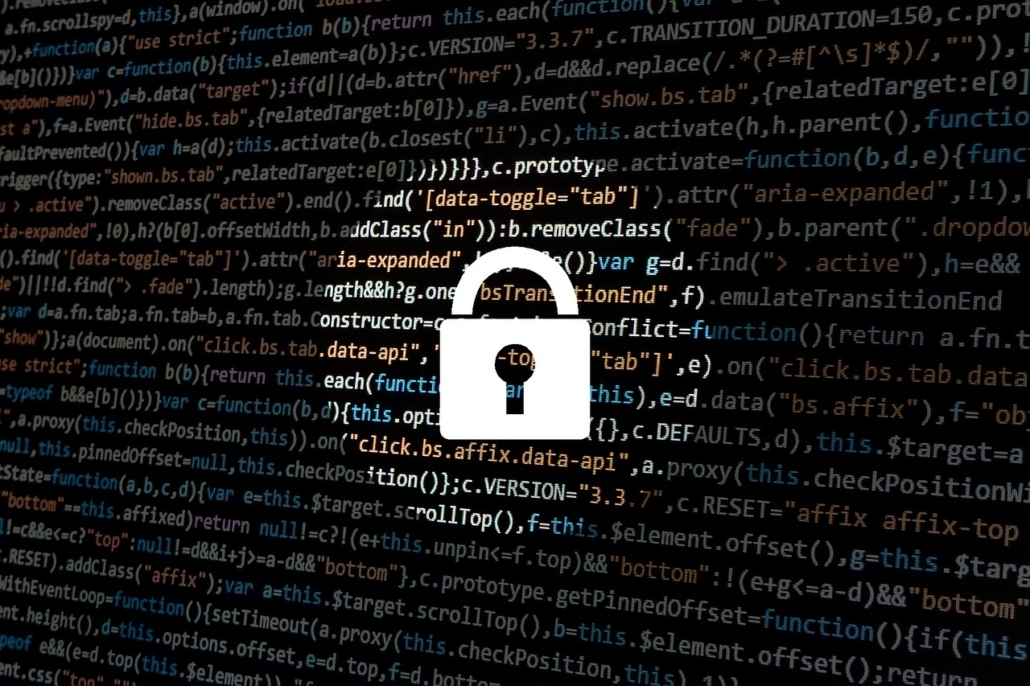 How to Prevent your Devices From Spying on You

You might not realize it, but your electronic devices may be tracking you. They know what you are doing, what you are reading, and the things you like to do. In almost every case, you give these devices permission to collect this info when you start using them. Here are some tips to help you prevent your devices from spying on you: If you are using a macOS computer, you can limit the information you are sending to…

What is Synthetic Identity Theft? With synthetic identity theft, a person creates a new and very fake identity by combining the real information from a person with made-up information. You might not think this is a big deal, but it can be very bad for anyone who has their identity…

How a Wi-Fi Hacker Snoops on Your Laptop and Mobile

You have likely heard of the dangers of using unsecure public Wi-Fi, so you know that hackers are out there snooping. It is pretty easy to hack into a laptop or mobile device that is on a public Wi-Fi connection with no protection. Hackers can read your emails, steal passwords, and even hijack your website log ins. 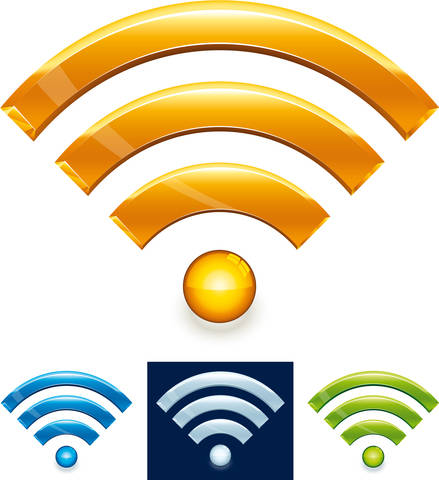 Let’s imagine that you are in a local coffee shop with your laptop. All someone has to do is download a wireless network analyzer, which usually has a…

Your Uber Driver May be a Criminal

Do you Uber? If you do, you probably feel pretty safe getting into the car of a stranger. However, you might not be as safe as you think. 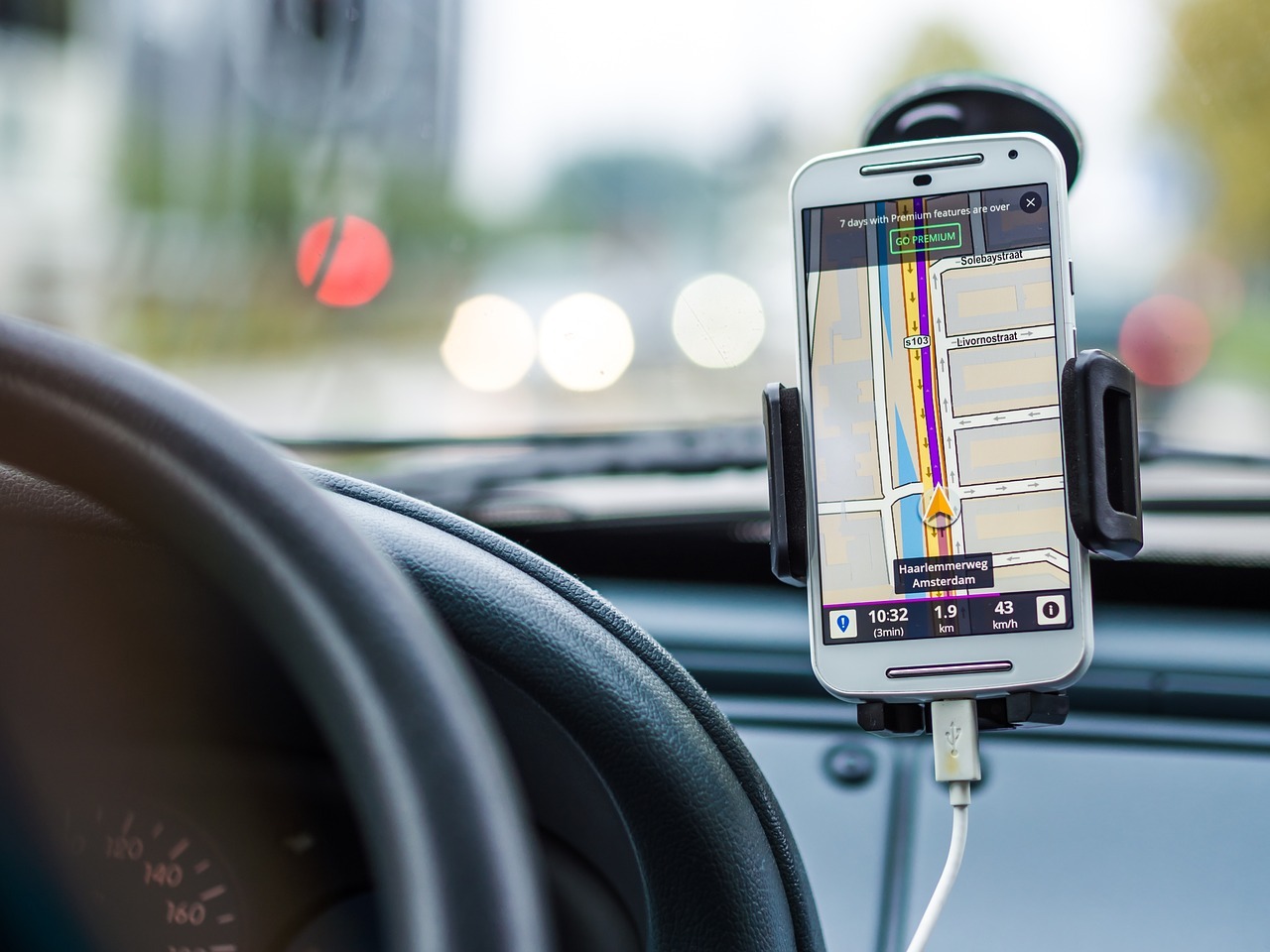 Most people take for granted that Uber does background checks on its drivers, but there are actually a number of shady drivers who have recently been accused of crime, and it’s definitely not the first time they have had run ins with law enforcement. Some of these people are accused of committing crimes against their passengers,…

How prepared are you for a disaster? Most of us are not prepared, at all, yet two-thirds of us live in an area where we are at a moderate to very high risk of experiencing a natural disaster. Here are a few things you should do, today, to start preparing for a “just in case” situation: Think about your home and where you live. What disasters are likely to occur? Fire, of course, could happen to any of us, and statistics show that…

Most of us have no idea when a disaster is about to strike, and even if we do have a little warning, it’s very possible that things can go very wrong. This is where you can put a business continuity plan to good use. What does this do? It gives your business the best odds of success during any disaster.

What Exactly is Business Continuity?

Business continuity, or BC, generally refers to the act of maintaining the function of a business…

A Guide to How Hackers Hack

You have surely heard of hackers, but do you really know how they work? Hackers are well known for being bad guys, though there are certainly good hackers out there too. Here’s a brief guide to help you understand how a hacker can hack: Directions for Hacking are Easy to Come By

Hackers don’t have to look far for help, especially if they don’t know much about hacking. First is a well-known website known as Kali Linux. It has a ton of tools available…

SIM Swapping: What You Need to Know

Have you heard of SIM swapping? It’s a new trick that hackers are using to get money and mess up your life. 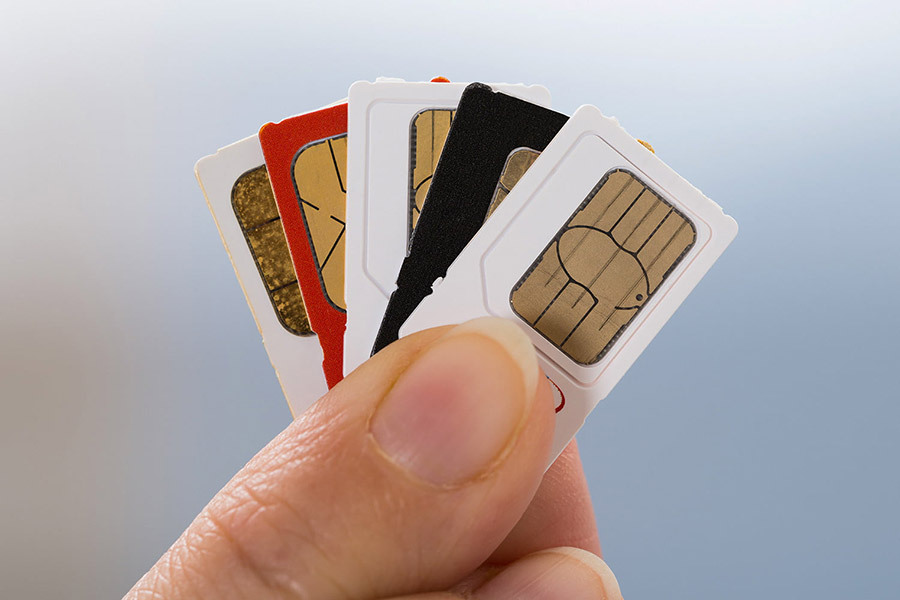 What is SIM Swapping?

So, what is SIM swapping? It’s when a hacker tricks your cell phone company into thinking that you have activated your SIM card on another phone. In other words, the hackers are taking your phone number and then associating it with a different SIM card. If the switch is a success, your device will be deactivated,…

Have you ever seen a house and thought…I wish I could afford that? Some people actually try it, but let this story be a lesson learned: if you can’t afford the cost of a house, you probably shouldn’t try to buy it. Pamela Chandler was arrested and now faces forgery charges after she tried to purchase a home with a million-dollar price tag. How did she do it? She used false documents. Chandler, who also goes as Pamela Goldwyn, was arrested by a special Financial…

Fake Emails are Becoming a Major Issue for Businesses

You might be surprised to know that more than 3.4 billion fake emails are sent around the globe each day. What does this mean? It means that almost every company out there is vulnerable to cybercrimes in the form of “spoofing” and “phishing.” On top of this, most companies out there have not protected themselves from this type of cyber attack. What’s even more interesting is that the vast majority of these emails are not coming from some foreign land, but they are coming from sources based…

If you are the parent of a child or teen who uses the internet, here are some stats you need to know: Stats About Teens and the Internet

What is Two-Factor Authentication and How Does it Work?

There are a number of ways that you can protect yourself online, and one of the things you can do is to start using two-factor authentication.

Disinformation i.e. FAKE NEWS: How the Weaponization of Social Media Has You Conned

This post takes a hard and honest look at whats happening right now. You either “get it” or you are a victim of whats going on. Victims who read this will trash it and deny the reality of what they read. Denial is warm and comfortable. The truth is cold and can hurt. And nobody likes to admit they are wrong, ever. So I expect plenty of haters. “People are much like cattle or sheep; they just want to be led.”

The author of that controversial and maybe…

DoorDash has admitted that it has been the victim of a data breach, which has affected about 4.9 million merchants and people.

In a recent blog post, DoorDash announced that it noticed some odd activity early in September from a third-party service. After looking into it, the company found that an unauthorized third party was accessing user data from DoorDash on May 4, 2019. DoorDash immediately took steps to stop any future access and to improve…

YouTube uses a recommendation algorithm to help people view things they’d like to see. Recently, the algorithm seemingly encouraged pedophiles (YouTube would have no way of knowing this) to watch videos of children playing at home, videos that the family members uploaded. 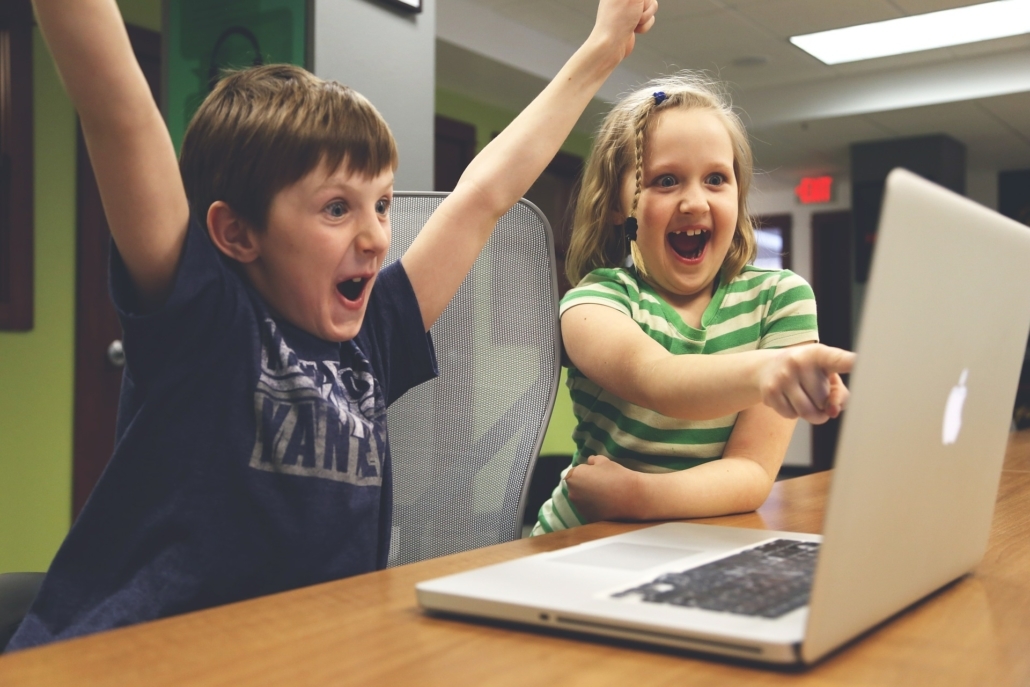 A report from the New York Times detailed how YouTube had been exploiting minor children through the automated recommendation system. According to the report, researchers at the Berkman Klein Center…

Gift Cards: The Newest Scam that You Should Be Aware of

Hackers are making a lot of money thanks to phishing attacks these days, and now they are also focusing on gift card scams. One of the most notorious scam groups, Scarlet Widow, which is out of Nigeria, has been boosting its efforts to scam people with gift cards since 2015. This group generally focuses on people in the UK and US and also is known for tax scams, romance scams, and rental cons. Are you at risk of getting scammed by Scarlet Widow? The group generally…

Quest Diagnostics is a US-based company that provides medical testing services, and announced that it used third-party billing collection companies that were hit by a severe data breach. In fact, about 11.9 million Quest customers were affected. The compromised information could include personal data of the patients, including Social Security numbers, as well as medical and financial information. However, laboratory test results aren’t included in the…