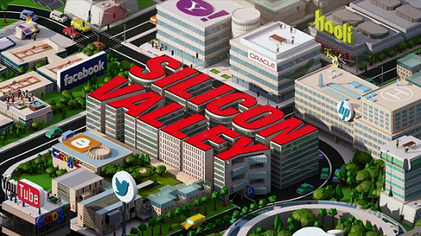 Silicon Valley continues to sprawl in influence, and its modern robber barons bestride the globe with a confidence verging on contempt.  The technology giants that mark that region of California are praised as “virtuosos of ingenuity,” to use Steve Forbes’ words, “creating and supplying products and services that were once unimaginable and that have been enabling us to survive the COVID lockdowns and working from home”.

For the most part, they have been encouraged to do so by those in Congress, who have been their handmaidens and coddlers.  Now, big and bold, the likes of Google, Apple, Amazon and Facebook look at the globe as theirs, and theirs lone, to be divided in the manner that Spain and Portugal divvied the New World between them at the Treaty of Tordesillas in 1494.

The Big Tech oligarchs, potentates of the online economy, appeared via video before the House Judiciary antitrust subcommittee on July 29 keen to explain why they had no reason being there.  They existed for the good, had done good and would continue doing good. For Facebook and Google, that was in advertising; for e-commerce, Amazon.  Apple took the side of applications.

The members of the subcommittee had busied themselves for 13 months investigating the anti-competitive practices of the Big Four, though the hearing did nothing to affect their financial results or reveal much we did not already know.  On July 30, the four companies reported a combined profit of $28.6 billion for the second quarter.  The political inquisitors had been shown up to be bullishly theatrical but strikingly ineffectual.

The questioning by the subcommittee also did nothing to sully the names of the tech behemoths.  According to a survey conducted by Harris Poll for Fast Company, almost half of 18- to 34-year-olds claimed that their perception of the companies improved with the hearing.  Within that age group, 63% claimed to have increased their usage of the services and products supplied by those companies.  Sod anti-competitive practices, they seemed to say.

Tim Cook threw a blanket over the policy of Apple’s App Store to rivals, insisting that it did not exclude parental control apps made by other companies for the express purpose of nabbing greater market share for its own Screen Time app.  “We were concerned, Congresswoman,” explained Apple’s CEO to Democratic Rep. Lucy McBath of Georgia, “about the privacy and security of kids.”  One such example of a rival app that was given its marching orders by the company was OurPact.  It was supposedly prone to third-party takeovers.

Those kicked off the app store, ostensibly for being inadequately vested with privacy protections, were admitted six months later with no noticeable changes made on their part.  What mattered was the time lag, which McBath noted was “an eternity for small businesses”.  She duly produced an email from a concerned mother to an Apple employee keen to make her download Screen Time.  “I am deeply disappointed,” went the well informed maternal note, “that you have decided to remove this app and others like it, thereby reducing consumer access to much-needed services to keep children safe and protect their mental health and well-being.”

Cook was unmoved.  Any app might be removed from the palace that is App Store for any number of reasons.  None of them, it seemed, were because of predatory practices on the part of his company.  All were treated equally, though this did not square with the very select treatment afforded Amazon, which secured a deal with Apple to get its Prime Video app on Apple TV.  Instead of paying Apple the standard 30% cut of sales in using the platform, Amazon CEO Jeff Bezos managed to negotiate a 15% cut with Eddy Cue, Apple’s VP in charge of Apple TV.

Bezos was made to listen to the accounts of various small-business owners who claimed they were steamrolled by the Amazon juggernaut.  Democratic subcommittee chair David Cicilline of Rhode Island quoted the words of one disgruntled seller who had benefited in using Amazon’s platform till the company allegedly copied a version of his product to market at lower cost.  “We called it Amazon heroin.  You had to get your next fix, but this person was ultimately going to be your downfall.”  For his part, Bezos was dismissive. His company did not stoop to “bullying” the small.  “That is not how we operate the business.”

Mark Zuckerberg of Facebook faced questioning on the acquisition of Instagram, with his tactical state of mind outlined in disclosed emails and documents.  In an email to the company’s chief financial officer David Ebersman in February 2012, Zuckerberg considered the idea of buying smaller competitors such as Path and Instagram, “nascent” businesses with “the networks established”, meaningful brands that, were “they to grow to a large scale … could be very disruptive to us.”  New York Democratic Rep. Jerry Nadley felt he had his man.  “Facebook, by its own admission … saw Instagram as a threat that could potentially siphon business away from Facebook.” Instead of competing with it, Facebook purchased it.  “This is exactly the type of anti-competitive acquisition the antitrust laws were designed to prevent.”

Faced with such a paper trail, the Facebook CEO succumbed to a moment of candour.  “I’ve made it clear that Instagram was a competitor in the space of mobile photo sharing.”  Zuckerberg spoke of the “subset of the overall space of connecting that we exist in”, teeming with disruptive rivals.  By “having them” join Facebook, they got bigger on the company’s largesse.

Google faced a now familiar accusation that its search engine laid waste to all before them. Cicilline was more specific in his volley, charging the company with building its business on “stolen content” that disadvantaged rivals.  Not so, countered Google and Alphabet CEO Sundar Pichai.

“Today we support 1.4 million small businesses supporting over $385 billion in the core economic activity.”  There was even a humanitarian element to it.  “We see many businesses thrive, particularly even during the pandemic.”

Like the hefty digital companies they are meant to target, antitrust measures must be unconventional.  Patrick Leblond of the Centre for International Governance Innovation at the University of Ottowa suggests throwing out the traditional copy book if a “feasible solution for taming Big Tech’s market power in the data-driven economy” is to be found.  Breaking up such companies simply will not do.  Divided, they will not fall, regrouping and re-emerging on the very source of their power.  It is therefore fundamental to target the source of the power itself: data.  Make it more easily accessible to those with “legitimate” purposes under a “strict regulatory regime modelled on securities regulation that protects the integrity and anonymity of publicly available data.”

These are ideas that have yet to mark the often incurious, rusted minds of those in Congress. But Cicilline was happy with issuing a grand threat.  “Our founders would not bow before a king.  Nor should be bow before the emperors of the online economy.”  For the moment, the bucking beasts that make the Big Four may not expect any bowing, but nor will they expect too much in the way of a substantive threat.

Dr. Binoy Kampmark was a Commonwealth Scholar at Selwyn College, Cambridge.  He lectures at RMIT University, Melbourne. He is a frequent contributor to Global Research and Asia-Pacific Research.

Featured image is from Wikimedia Commons