Germany, France, and the EU Succumb to US Digital Hegemony

Germany, France, and the EU Succumb to US Digital Hegemony 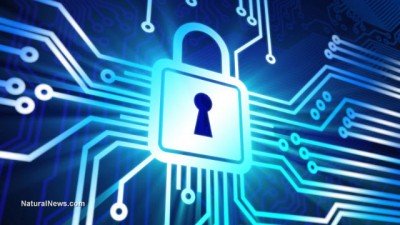 It is official. President of France, Emmanuel Macron, on Monday 14, 2020, conceded that Europe has lost the battle for data security and cloud computing. The continent cannot compete against America. Not that France could have asserted any claims to power; the fate of Europe was decided in Germany.

The German government last year announced Berlin’s own “European cloud service” called Gaia-X. Economy Minister Peter Altmaier praised the move as Europe’s first step towards “digital sovereignty.” But not so fast: German top officials love to impersonate Europe. That and the fact that Germany and the European Union may never achieve independence. The game is rigged in favor of their masters in America.

The price to pay for US domination was not immediately felt after the collapse of the German Reich (1871 – 1945) and the founding of the Federal Republic of Germany (BRD). “Germany since 1945,” the late Minister of Finance Wolfgang Schäuble reiterated on state-TV: “was never again a sovereign nation.” That is not to say that there are no advantages to being part of “the West,” being part of the US Empire.

It starts with legitimacy. The German Grundgesetz [Basic Law] was largely dictated by the victorious Allies. And so was the BRD’s foreign policy – membership in NATO, UN, WTO, IMF, Trans-Atlantic Bridge, hundreds of unfair treaties, and thousands of pro-US NGOs and think-tanks.

The downsides were also felt: For example, any German company that engages in business with an American anywhere in the world is subject to US law. That’s why German Volkswagen, BMW, Bayer, Siemens, and Deutsche Bank are constantly sued, extorted, and abused – paying hundreds of millions of euros in fines and fees to appease American interest groups, lawyers, and tax collectors. Also, the US calls Germany’s federal elections, installing de-facto puppet regimes – from Konrad Adenauer to Angela Merkel.

Seventy-five years after the Great War, Germany is still occupied, under whatever pretext is given: First, to guard against the Soviets, next Islamic terrorists, then Iran and North Korea, now Russia and China. And although the number of US soldiers stationed in Germany was reduced to 35,000 in 2020, their arsenal of assassination drones and atomic bombs is spic-a-span top notch.

Berlin is surveilled by US intelligence services CIA and NSA. Banking, payment services, shipment, and financial transactions, even social media data are stored in the US or anywhere under US-jurisdiction. All key media are pro-US. Journalists at the Springer Group, Europe’s largest propaganda press, have to sign a letter of US-allegiance. The press mirrors US media 1:1, but of course most Germans citizens have no idea.

What they have an idea about, however, is their daily lifestyles. The average German owns an iPhone, sees Tesla ads, navigates with GPS, shops at Amazon, pay via Visa, Mastercard, or Paypal, watches Netflix or HBO series, loves the Simpsons and South Park, and uses Wikipedia, Google, Youtube, Facebook, and Twitter services. He also video-chats via WhatsApp, Skype, or Zoom, buys on eBay, and rents on Uber.

Music, film, and academia are completely American or are German rip-offs.

Germany has no global banks (Deutsche bank is largely American-owned), no tech-giants (Wirecard just went bust), and no world-class universities (Munich ranks 57th). The German education system – technically an 18th-century Prussian invention – was abandoned in 2004: The state now awards US-compatible BAs, MAs and PhDs. All German pupils must learn English, the language of their masters, although the kids are told it is “the international language.”

Because of this dependency, the Germans and Europeans have unlearned to fend for themselves. So, while China opened up in the Deng Xiaoping era, prospered during the Hu Jintao era, and became a superpower under Xi Jinping, the Germans fell behind in their inventiveness. Their world share of GDP dropped significantly, from 3.2% in 1900 to 1.07% in 2019. Germany DAX-100 companies are 80% foreign-owned. Germany has slept into the digitization age.

The US and China didn’t. They worked relentlessly on creating national champions. Still, the US takes Germany and Europe for granted as Lebensraums [living space] for American expansion, while Chinese expansion is heavily sanctioned, blocked, rejected. This is all the more lamentable because Germany’s social democracy potentially harmonizes with “China’s communism”.

So back to the European Cloud Service Gaia-X. Do we really believe that Germany, France, and the EU being caged up by the US on earth would not be caught getting their heads up on digital freedom? No, and already US multi-billion-dollar tech-giants Microsoft and Amazon have signaled their “interest” in Gaia-X, and Washington demanded that such EU clouds have to be “technically compatible with US global standards” (such as the US Cloud Act), or else…

Make no mistake: The German-Euro reliance and dependence on the US is depressing. France is a non-player and Germany a push-over. A declaration of independence – as the US once decoupled itself from the British Empire for example – seems unlikely. The best Europe can do is to carefully consider the China model of self-sufficiency and sovereignty.