Science fiction still seems to be about holograms; however, scientists say it will soon become irreplaceable in fields like medicine and astronomy. Holography is a technique for capturing an object's details and restoring its image on a three-dimensional surface by not only measuring the amplitude of light but also its duration. Digital holography's comprehensive growth has recently begun with the introduction of high-quality digital cameras but several remarkable results have already been achieved.

What is digital holography and why has it become an increasingly popular technology? 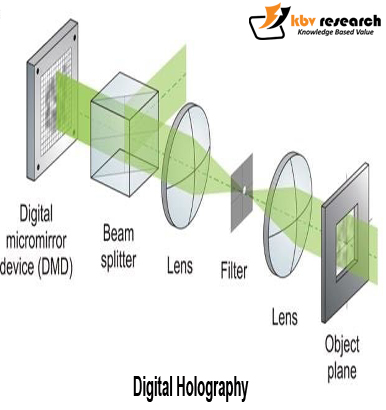 Digital holography allows individuals to create a real, 3D visualization of objects and scenes. No special glasses or observer positioning are required for hologram observation. 3D displays are constantly designed, allowing visualization of high-quality images. Scientists say that soon full-color hologram images in terms of the quality of color rendering will come close to photos.

Digital holographic microscopy (DHM) is a method of microscopy combining digital holography with microscopy to allow for visualization of transparent cells with classic cell culture plates. DHM is different from other kinds of microscopy, as it does not reproduce the specimen's projected image, but instead creates a digital hologram from the light waves that have passed through the specimen. To create the hologram, a numerical reconstruction algorithm is used within a computer. In conventional microscopy, the image sample has been formed by using an image forming lens.

Holographic telepresence is an emerging technology for three-dimensional (3D) full-motion video conferencing. Holographic telepresence could revolutionize several different types of communications. In telemedicine, for instance, telepresence will allow medical professionals to provide real-time advice and help colleagues thousands of miles away. The technology can also eliminate the need for business meetings to travel and promote distance education. Many potential applications include improved programming of films and television, advertisement, gaming, 3D mapping, aerospace navigation, robot control, and various other simulation types.

In essence, a holographic display operates by reflecting digital content through the glass with a special coating, called the glass optics, by having a very high definition or 4K screen. The glass optic will make an illusion when positioned at a certain angle, which will make the brain view the digital content as three-dimensional. That is what produces the illusion before the eyes of seeing a free-floating hologram.

3D holographic displays allow the creation of a visual brand experience that harnesses the power of neuromarketing. The free-floating holograms have a natural capacity to make people stop and pay attention in any crowded environment, be it in a retail store, at an exhibition or in public spaces.

What’s trending in the world of holography?

Holography-based 3D printing is a burgeoning trend. The image is divided by parts into projections, so each projection is then printed in layers under control of the program. In addition, digital holography is already commonly used in medical and biological imaging, data encryption, transmission, and storage systems, as well as allowing payment, banknote, and bank card protection to be improved.

Companies— like HoloFlex — will also greatly impact the experience with smartphones. The future of smartphones could become a versatile holographic phone with an OLED display. Through bending and tilting the screen to get the best angle, the many tiny fisheye lenses covering the projector disperses light in multiple directions and thus conjures up a stereoscopic image that looks like a hologram.

Additionally, Vodaphone leveraged Microsoft's Hololens to introduce the first holographic phone call using 5G technology to the world. They created a virtual-world conversation between the captain of the Manchester City Women FC team and a football fan through the use of mixed reality blended into the real world.

Technological advances in holographic technology and the growing availability of medical devices to view holographic interferograms would improve the end-use scenery of the holographic imaging industry. This technology, due to its high-quality interpretation techniques, finds applications in ophthalmology, urology, pathology, and orthopedics, thus stimulating the demand for holographic imaging technology.

Due to the absorptive and dispersing nature of seawater, challenges related to obtaining visibility of objects at long or short distances have been hard to overcome. The underwater imagery community has been focusing on mitigating these effects for decades, but recent advances in hardware, software, and algorithmic methods have led to upgrades across several application areas. Digital holographic cameras, for instance, record interference fringes effectively on solid-state sensors (i.e. mega-pixel charging coupled devices) to produce time-resolved, 3-D movies.

Currently, the reconstruction can be done digitally, by imposing the diffraction laws on the input data of the hologram mathematically. An electronic hologram is captured directly onto a CCD (charge-coupled device) or CMOS (complementary-symmetry metal oxide semiconductor) in digital holography, and then numerically reconstructed.

Holographic technology is set to revolutionize many industries

The digital holography market is fast-evolving and gaining momentum, and it will shortly make a big difference in several industries and revolutionize daily lives. Holographic technology is poised to become an incredible game-changer in many sectors and has the potential to affect our daily lives significantly. Potential applications are near-endless; think of real estate, space research, 3D modeling technology, design and interior decoration, remote-area emergency assistance, telemedicine, manufacturing, online video conferencing and much more.

With visual technology changing from huge box sets to high-definition 4K, flat screens, ultra HD and even credit card-thin, portable televisions, it looks like we can get rid of displays very quickly and instead use holograms. This sounds like science fiction but in reality, it can be seen approaching in the near future.