Neurostimulation Devices and their Applications in the Treatment of Neurologic Disorders

Rapid advancements in neurostimulation technology provide relief to an unprecedented number of patients affected by debilitating neurological and psychiatric disorders. Neurostimulation therapy includes invasive and non-invasive methods that include the use of electrical stimulation to control neural function inside a circuit. 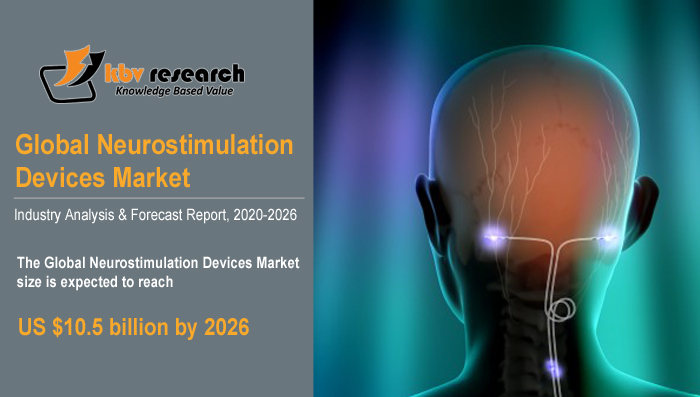 What are the neurostimulation devices?

Neurostimulation devices relieve pain by disrupting the signals of pain between the spinal cord and the brain. A neurostimulation device generates electrical impulses. Neurostimulation devices are surgically inserted in the patient and operate through thin wires or leads. They are effective treatments for pain caused by various medical conditions, such as diabetic neuropathy or failed back surgery. These not only soothe patients, but they also prevent the use of strong pain killers, including opiates.

Spinal cord stimulation devices are highly beneficial in the treatment of chronic pain. The implantable device provides a non-pharmacological solution to different pain conditions. Stimulators have been used to relieve both neuropathic and ischemic pain. Spinal cord stimulator implantation is typically reserved for those who have not had a range of conservative and pharmacological treatment options. A permanent stimulator is installed after a percutaneous test. Patients may experience long-lasting pain relief following the procedure.

Sacral nerve stimulation (SNS) system or sacral nerve neuromodulation is gradually being used for the diagnosis of overactive bladder, lack of dysfunction, and urge incontinence. The SNS implant is a minimally invasive surgical procedure and consists of an assessment period and the second stage of permanent stimulator implantation, providing the results of the test interval are clinically effective. The first stage, also known as the Percutaneous Nerve Evaluation (PNE), is most important to assess the efficacy of electrode implantation in the sacral foramina and to show therapeutic benefits worth exploring with permanent SNS.

Deep brain stimulation (DBS) is an effective treatment for common movement disorders and has been used to modulate neural activity by delivering electrical stimulation to key brain structures. The long-term efficacy of stimulation in the treatment of disorders such as Parkinson's disease and severe tremor has encouraged its application to a wide range of neurological and psychiatric conditions.

However, the adoption of DBS remains limited, even in Parkinson's disease. Advanced deep brain stimulation tools concentrate on interaction with disease circuits through additive, spatial, and temporally sensitive approaches. Spatial specificity is promoted by the use of segmented electrodes and field guides, and temporal specificity includes the delivery of pattern stimulation, mostly controlled with disease-related feedback.

Chronic pain, left untreated, causes a number of physical and psychosocial adverse reactions. Chronic pain patients are sometimes unable to work, and anxiety over pain may lead to depression and deterioration of family life. Neurostimulation can play a significant part in the care of severe pain conditions and is cost-effective for challenging conditions with chronic pain.

Neurostimulation devices improve signaling channels between the brain and the bladder, close to how a pacemaker corrects irregular heart impulses. Sacral nerve stimulation (SNS) involves the implantation of an electrical stimulator under your skin above your buttocks. The stimulator is identical to a pacemaker and is connected to electrodes that transmit signals to the nerve in the lower back (sacrum). The sacral nerve helps control the function of the bladder.

At least 30% of people do not respond to seizures. Some people may have surgery to remove seizures from the brain. On average, just around 60 percent of individuals will be free from seizures due to seizure reduction of the temporal lobe. VNS Therapy or dietary therapy, such as ketogenic diet, can help a lot of people. Responsive neurostimulation is another option. The main advantage of neurostimulation over pharmacological treatments for epilepsy is the modulation of the epilepsy network by transmitting stimuli to a specific target or "hub."

In Parkinson's disease, neurostimulation devices are offered to approximately 5% of patients and consists of permanent implantation of stimulating electrodes in deep brain structures (mostly subthalamic nucleus). These electrodes are attached to the pacemaker and produce high-frequency electrical impulses (usually 130–180 Hz) 24/7.

This treatment significantly relieves tremor, stiffness, and akinesia in most patients. Physicians first implant a medical device called a neurostimulator to target symptoms of Parkinson's disease. The battery-operated device sends electrical stimulation to the directional lead. The lead delivers these stimulation pulses to a certain area of the brain that controls movements. Electric stimulation stops irregular nerve signals that cause the most debilitating Parkinson 's symptoms, explains the National Parkinson's Foundation.

Tinnitus is characterized as sound perception in the absence of an external source. It is often linked with hearing loss and is thought to result from an abnormal neural activity at some point or point in the auditory pathway, which is wrongly interpreted by the brain as a real sound. Neurostimulation devices, at some level, interferes with this abnormal activity, is therefore a logical approach to treatment.

In the case of tinnitus, where pathological neuronal activity may be associated with auditory and other areas of the brain, interventions using electromagnetic, electrical, or acoustic stimuli separately or combined electrical and acoustic stimuli have been proposed as treatments. Neurostimulation treatment modulates the neural activity in order to achieve a permanent reduction in tinnitus perception by driving neuroplastic changes needed to interrupt abnormal levels of oscillatory cortical activity and restore typical levels of activity.

Recent advances in the neurostimulation devices market are driven by advancements in neurotechnologies and neuroimaging, coupled with an increased understanding of neurocircuitry. Electrical stimulation devices, which have remained fairly stagnant for the past 30 years, are evolving towards potential closed-loop therapeutic control systems with the ability to deliver stimulation with a higher spatial resolution to deliver continuous, customized neuromodulation for optimal clinical outcomes.

Even so, much remains to be learned about the pathogenesis of these neurodegenerative and psychiatric disorders and the latent mechanisms of neurostimulation that provide therapeutic relief.