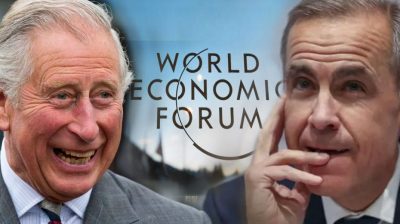 The World Economic Forum (WEF) has just made a grandiose discovery and declared (21 July 2020) under the alarming title “This is now the world’s greatest threat – and it’s not coronavirus”. The superb discovery is listed as “Affluence is the biggest threat to our world, according to a new scientific report.” (See this).

This “shocking and revealing news” is the “main conclusions of a team of scientists from Australia, Switzerland and the United Kingdom, who have warned that tackling overconsumption has to become a priority. Their report, titled Scientists’ Warning on Affluence, explains that “affluence is the driver of environmental and social impacts, and therefore, true sustainability calls for significant lifestyle changes, rather than hoping that more efficient use of resources will be enough.”

So as to better understand the context of the WEF statement, lets backtrack a bit. On June 3, 2020, WEF founder and executive chairman, Klaus Schwab, presented what the WEF and all the elites and oligarchs behind it call The Great Reset:

“The world must act jointly and swiftly to revamp all aspects of our societies and economies, from education to social contracts and working conditions… Every country, from the United States to China, must participate, and every industry, from oil and gas to tech, must be transformed. In short, we need a ‘Great Reset’ of capitalism.”

According to author Matthew Ehret-Kump, the gathering included elites from “the IMF, World Bank, UK, USA, corporate and banking sector” all looking “to take advantage of COVID-19 to shut down and “reset” the world economy under a new operating system entitled the Green New Deal.”

“…This is the most dangerous time in the history of man. The seriousness of this plot cannot be underestimated. It is not due to any threat of conventional war or nuclear decimation, it is based on the fact that this is a psychological war waged by psychopaths against all mankind, and it is being advanced by a small group of monsters that have taken control of the minds of the masses through long-term indoctrination and policies meant to breed dependency.”

“Fear is the new weapon of mass destruction, not because it is legitimate, but because the people have lost all will to be free, have lost all ability to think, and seek shelter and comfort as a collective herd only capable of existence in a society that is based on totalitarian rule.”

“Longing for freedom without the courage to claim it, is a meaningless endeavor, as any real demand by the masses would leave the governing elite naked and afraid. All that is necessary to achieve liberty is to want it, and this alone can defeat tyranny.”

“He who thus domineers over you has only two eyes, only two hands, only one body, no more than is possessed by the least man among the infinite numbers dwelling in your cities; he has indeed nothing more than the power that you confer upon him to destroy you.”

Well, the WEF finally got it right. Affluence and all that creates affluence and ever bigger affluence, widens the gap, rich-poor – and creates abject poverty, misery, famine and death.

According to the World Food Program (WFP), without covid, every year some 9 million people die from famine or hunger-related diseases. The WFP projects the number of people facing acute food insecurity (IPC/CH 3 or worse) stands to rise to 265 million in 2020, up by 130 million from the 135 million in 2019, as a result of the economic impact of COVID-19 (see this). Many – too many – of these people may die.

Death by famine is murder, according to Jean Ziegler, Swiss activist and former United Nations Special Rapporteur on the Right to Food.

The WEF calls for a Great Reset.

Yes, a Reset is needed, but not WEF-style.

A Reset people-style is more what can save Mother Earth and all her sentient beings, including humanity. A Reset could start with a global Debt Jubilee (debt forgiveness), so that people who can no longer pay their rent, their mortgages because due to a Deep Dark State elite-made covid-crisis they have lost their jobs, their income, their entire livelihood – debt forgiveness, so that this ever-growing segment of people will be able to keep their shelter and hopefully their sanity.

The WEF calls for “lifestyle changes”, but fails to explain what it means, and who has to change their lifestyle – the rich or the poor? While the WEF preaches for the Great Global Reset, more justice, more environmental protection, capitalism for “stakeholders”, rather than just for shareholders – RT reports that due to the covid-depression, unemployment and poverty, in the US alone, 28 million home evictions loom. And that’s probably just the beginning. Compare this with the 10 million of the 2008 / 2009 also man-made crisis.

There are currently about half a million people homeless in the US. The European Union (EU) doesn’t publish these figures, but they may be at least as high and likely higher. At the same time there are 1.5 million apartments empty in the US – about three times as many as there are homeless. Add to this the 28 million homes that may become empty in the coming months.

The 2008 crisis may be an indication. It took the banks many years to sell the 10 million “vacated” homes – and many are still not sold and rot on the rotten free market. In the bottomless depression of this covid-disaster it is even unlikelier that the banks will sell their brutally confiscated loot.

You can read  the rest of this extraordinary article in the link below:
https://www.globalresearch.ca/wef-knows-best-great-global-reset/571...