Finian Cunningham
is an award-winning journalist. For over 25 years, he worked as a sub-editor and writer for The Mirror, Irish Times, Irish Independent and Britain's Independent, among others. 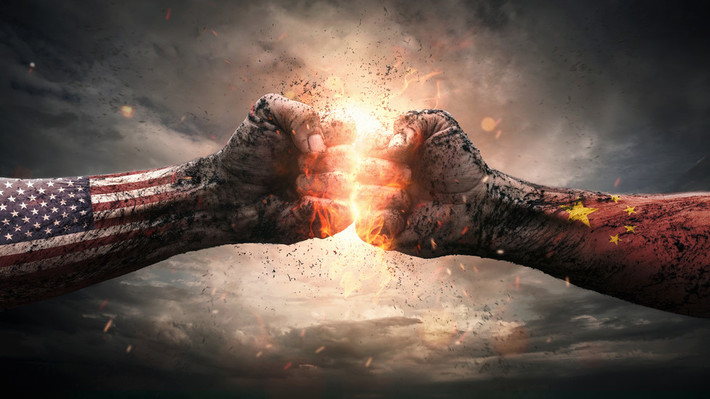 US Secretary of State Mike Pompeo is calling for “an alliance of democracies” to confront China. It amounts to a new Cold War in which nations are being forced to side either with Washington or Beijing.

It’s a classic tyrannical power-play by Washington, yet ironically it is the Americans who are accusing Beijing of being the “new tyranny” in the world.

However, such polarized demarcation of the planet as designated by Washington is impossible in a global economy which is highly integrated, from consumer and financial markets to supply chains.

A news report this week once again underscores how even the American military is reliant on China for supplies of rare earth metals used in its weapon systems.

Indeed, the entire US economy is dependent on China which is America’s biggest trade partner. In 2019, the US ran a trade deficit of $345 billion with China despite three years of ‘Making America Great Again’ policy under President Donald Trump.

The deficit with China accounts for about half of the US’ total trade imbalance with the rest of the world. And it’s been that way for many years. So the high-handed notion of “cutting China off,” as Trump says he intends doing, is facile.

That’s what makes ratcheting up the Cold War hostility toward China so futile too. The shutting down of consulates and issuing of indictments for alleged espionage are only leading to a standoff which the United States cannot really enforce or afford – literally.

The same goes for American allies whom Washington is pushing to join in a Cold War battle. Australia, Britain, Canada, among others, are being caught in an ideological crossfire which will result in severe casualties to their economies. Australian farmers are already paying a painful price after China canceled export orders due to Canberra being perceived as a proxy for Washington over provocative coronavirus claims against Beijing.

Pompeo was in London this week where he urged the “free world” to stand up to China. This followed the announcement last week by the British government to scrap a partnership deal with Chinese firm Huawei to modernize Britain’s telecoms. That move was prompted by intense pressure on London from the Trump administration to snub China on grounds of alleged “national security risk.” But the British authorities will likely incur damaging repercussions for Britain’s economy. The modernization of its telecoms infrastructure will be delayed and costly.

Moreover, China is a major trading partner with Britain, as it is with most countries due to being the world’s second biggest economy after the US. As Britain charts a new global trading environment post-Brexit it will need the goodwill of China more than ever.

The European Union is also dependent on China for trade and investment. That would explain why European leaders are wary of Washington’s polarizing policy of fracturing the world into a Cold War-like seizure. Such a zero-sum depiction of the world is simply untenable and unsustainable in an integrated global economy. Cutting off ties with China is like cutting your nose off to spite your face.

During the Cold War with the Soviet Union, the world was largely isolated between the two blocs. There was minimal economic inter-connection. An Iron Curtain was possible to maintain because of the rigid separation between economies and communications. That kind of artificial isolation is impossible in today’s increasingly networked world.

Even Pompeo admits this, albeit pejoratively. In a keynote speech this week, he remarked with disdain: “Unlike the Soviet Union, China is deeply integrated into the global economy… The USSR was closed off from the free world. Communist China is already within our borders.”

When even the Pentagon has to bow to realities of global economics and its reliance on China for vital commodities, then we should know that the new Cold War sought by Washington with China is a pipe dream. It’s all empty rhetoric to justify an ideology of conflict that Washington needs to pursue for its anachronistic pretensions of global dominance.

Unfortunately, by imposing its hostile bifurcated view of the world many countries, including so-called allies, will suffer economically. And all the while, international tensions are being brought to a dangerous boiling point.

The statements, views and opinions expressed in this column are solely those of the author and do not necessarily represent those of RT.