Corn starch is widely used in the food and beverage industry. Nowadays, people are becoming more health-conscious. Because of this, there is an increasing demand for healthy, natural, and pure products. Also due to the busy lifestyle of the chaotic world, preference for processed and ready-made products is highly in demand. 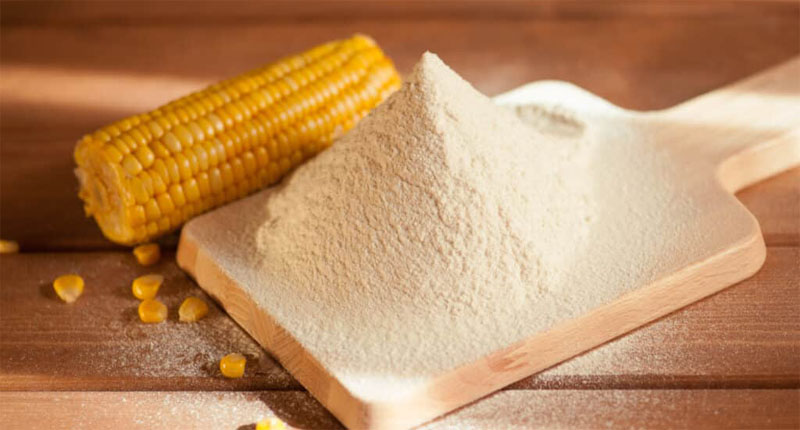 Corn starch is also used in the treatment of diseases like glycogen storage disease. It is also used as a raw material in the production of ethanol. The increasing use of corn starch in industries like textiles and paper, pharmaceuticals, health and beauty products, as well as adhesives.

Corn starch: all that you need to know

Starch is a natural polymer. Corn starch is derived from maize grain. It is a whitish powder obtained by finely grounded dried corn having only a starchy part in the kernel. It is used mostly in cooking and baking. Corn starch is malleable, can be easily altered, so it also finds application in textile production.

Is there any difference between corn flour and corn starch?

Sometimes corn starch is also called corn flour. But these two are different. Although both of them are made from corn only. Corn flour made by grinding the entire kernel of the corn into a very fine powder. Whereas corn starch is made by refining and removing protein and fiber from the kernel. It contains only the starchy part. Corn starch is mostly used to add texture to the food.

A non-modified form of starch is called a native starch. It is generally insoluble in cold water. Depending on the temperature of the water it swells to a different degree. Native starch is widely used for the purpose of adding texture to the food.

As the name suggests, modified corn starch is an improved form of corn starch. The naturally obtained corn starch is partially degraded. Modification is done either physically, chemically, or enzymatically. It is used as a food additive. This modified starch enhances the consistency of processed food. This type of starch is used as a thickening agent, emulsifier, and stabilizer.

Corn starch is also used as a sweetener. One of its examples is glucose-fructose syrup. The corn starch is enzymatically broken down into glucose. Sweetener is used in cookies, flavored yogurts, canned fruits juices, and soft drinks.

What are different types of starch?

Hydrolyzed starch: It is a little different from the usual cornstarch. Hydrolyzed corn starch can be said to be a chemically chopped version of regular cornstarch. This type of cornstarch is mostly used in the cosmetic industry. When mixed with water, it tends to swell. Hence used for skin conditioning.

Resistance starch- Those starch that is resistant to digestion are called resistant starch. It acts as a soluble and fermentable fiber.

Ether starch: It is a modified form of corn starch. The hydrolysis is done by using ether. Ether corn starch cannot be used as a flavoring agent.

Pharmaceuticals & Chemicals- Corn starch is used in Pharmaceuticals for ages. It acts as a diluent, binder, as well as the disintegrating agent. Pre-gelatinized and roll dried starch acts as a binding agent and also it is an excellent bioadhesive.

Food & Beverages: Corn starch is widely used in Food & Beverages industries. Since it is able to retain moisture as well as it can thicken the ingredients.

For what purpose corn starch is used?

The corn starch Market has been witnessing rapid growth due to the rising demand for processed food. People at the present time prefer to eat processed foods owing to their busy lifestyles in order to save time and energy. There are different forms of cornstarch available in the market.

It finds applications in various industries including Food & Beverages, pharmaceuticals, textile, and paper, etc. Moreover, food producers lessen the cost of manufacturing through the addition of a variable quantity of corn starch in food products. This will further drive the market in the coming years.