The cancer registry software simplifies data collection for national and state registries and also helps to monitor the effectiveness of different treatment strategies. Cancer is among the main causes of morbidity and mortality. Population Based Cancer Registries (PBCRs) plays a crucial role in the creation and evaluation of cancer prevention plans. As cancer grows more and more, the cancer registry is of great importance as the center of cancer prevention systems, and numerous software has been developed for that purpose. 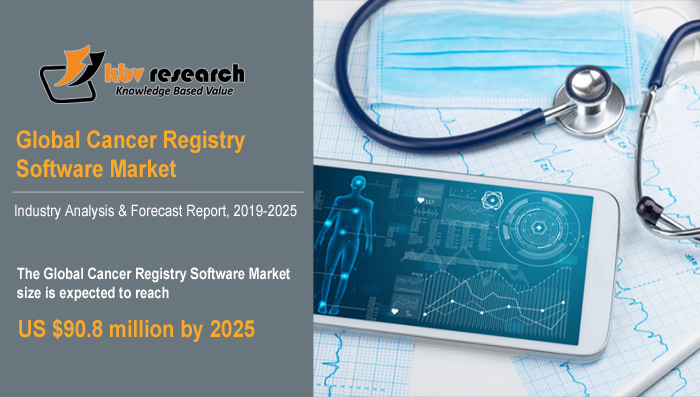 What is a cancer registry software?

Cancer registries compile, store, track, and interpret data on cancer patients. They develop and maintain a monitoring system for cancer incidence, act as an information tool for cancer research and provide information for officials and agencies in the field of public health aid. For instance, to be able to identify it sooner, doctors need cancer data to learn more about the causes of cancer. Data from the cancer registry also helps to assess the estimated percentage of people who will still be alive from diagnosis within a given time span.

A population-based cancer registry (PBCR) records all new cancer cases in a given population and over a specified period of time. PBCRs are a key component of the cancer prevention strategy which provides population-based information on cancer incidence, prevalence, which survival rates as the only accurate means. It measures the effect of cancer screening and specific therapies in targeted communities, and compare the quality and results of cancer care in different areas and groups. PBCR is the cornerstone of cancer epidemiology which can support genetic therapy programs for cancer which offers follow-up for risk groups.

Traditionally, despite the significant and rising health burden, cancer received increasingly little attention from global policymakers and donors. Approximately 8.8 million people die of cancer each year, which amounts to one out of six deaths worldwide and far exceeds the number of HIV/AIDS, malaria and tuberculosis deaths combined. The burden of disease is highest in low-income and middle- income countries (LMICs), where 75 percent of deaths from cancer occur and the number of cancer cases is increasing most rapidly.

It is estimated that the global cancer burden has risen in 2018 to 18.1 million new cases and 9.6 million deaths. One in five men and one in six women develop cancer in their lives, and one in eight men and one in eleven women die of the disease. Worldwide, the total number of people living within 5 years of being diagnosed with cancer, called the 5-year incidence, is estimated at 43.8 million. The rising burden of cancer is attributable to several factors, including population growth and aging, as well as the evolving incidence of certain cancer causes linked to social and economic development. This is particularly true in fast-growing economies, where there is a shift from poverty-related cancers and infections to cancers more typical of industrialized countries associated with lifestyles.

Upon approval of a medication or device by a regulatory authority, the product is commonly used by larger and more diverse audiences than is normally tested in clinical trials leading up to approval. Subsequently, the post-approval period is a significant phase for recognizing and understanding product safety issues relevant to both acute and chronic use. The need for post-approval (also known as post-marketing) safety assessment as it exists today was originally born out of well-publicized product safety problems that were initially identified by clinicians that noticed a pattern of rare serious events.

In comparison to clinical trials, where inclusion criteria are typically narrowly focused and stringent by design, registry populations are usually more representative of the population currently using a product or undergoing a procedure, as inclusion criteria are generally broad and can theoretically include all patients exposed regardless of age, comorbidities or concurrent treatment. Data collection may lead to insights into prescription practices or off-label use by providers and data about the potential for testing new indications within the expanded patient population.

According to cancer growth theory, cancer has its roots in a single cell. The cell continues to divide and expand inside the originating organ, spreads to adjacent tissue or drainage areas of the regional lymph node, and then spreads to distant organs or structures. Cancer will spread through the bloodstream directly from the originating organ into distant organs without affecting neighboring organs and regional lymph nodes. Staging is a popular language created by medical professionals to pass on cancer knowledge to others.

It determines the magnitude of the cancer of a person depending on the extent of the original tumor (the "site") and the degree to which cancer has spread. Staging cancer is important for a variety of reasons. It helps medical professionals accurately determine the severity of cancer and identify the most effective treatment for curing the disease, reducing the tumor burden or relieving symptoms. Staging is also used to predict the prognosis for the patients themselves.