Teleradiology and artificial intelligence (AI) can work hand-in-hand and combine their ability to have a major impact on the delivery of health care. High-speed broadband networks' rapid growth has opened the way for vast amounts of data to be transmitted instantly across the globe. This provided the basis for the advent of teleradiology, a technique that allowed access and freedom for radiologists to diversify their practices.

What is teleradiology? How did Artificial Intelligence swooped-in its way into this industry? 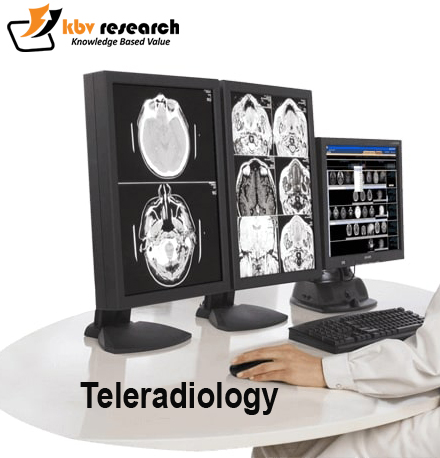 Teleradiology is a tool that allows the distribution of imaging work in the manner of cellular osmosis from higher demand locations and lower conversion supply. Teleradiology has played an important role in addressing the emerging problem of radiology shortages over the past ten years or more. Radiologist fatigue has emerged as a significant and detrimental problem among healthcare professionals and radiologists in particular as a direct result of these growing shortages and the exponential growth of imaging work volume.

Despite the temporizing solution offered by teleradiology, too many images and not enough radiologists remain the fundamental and overwhelming problem. Finally, however well-used, the total number of radiologists is still finite and fairly constant or arithmetic in advance, yet the number of images produced is more in line with the geometric progression resulting in an overall mismatch, leading to increased radiologist fatigue and error levels. In this scenario, Artificial Intelligence emerged as a game changer to generate the possibility that it is somewhat bleak but highly potent.

How can both the technologies work in combination?

In both cases, two sequential development strides have driven them to the center stage of radiology. A similar comparison is that both originated from other progenitor industries, in that the teleradiology industry (or at least the overseas portion after hours of it) was influenced to an extent by the software industry creating global data centers to ensure 24/7 continuity of operation. Yet artificial intelligence has its technical origins in the gaming industry, leading high-speed Graphics Processing Unit processors to develop.

In that sense, they turn the status quo, give rise to distrust, which is ultimately connected to a lack of understanding, and have the potential to create fear in those who see it as a threat rather than an ally. There was a groundwell of fear and disgust from the industry in the early days of teleradiology arising from the issue that some radiologists felt that teleradiology threatened their job or income. The threat, if any, has been related to the ethics and policies of the practice or organization of individual teleradiology rather than to teleradiology as a whole, the ethical practice of which was seen to be of benefit worldwide.

Teleradiology and artificial intelligence are both reducing the cost of health care. In the outsourced model teleradiology groups with small quantities of nighttime reading will gain significant value by avoiding adding an FTE to the community by outsourcing to a dedicated provider of teleradiology. With efficient work distribution, the additional costs of radiologist downtime can be prevented in the group's internal teleradiology model.

Furthermore, both technologies bring significant cost benefits to healthcare by simultaneously increasing reporting accuracy and speed. Allowing a radiologist to increase productivity from 6 RVU per hour to 12 RVU per hour by using AI can halve an institution's radiology costs, while quality benefits simultaneously translate into cost benefits with potentially lower litigation costs, decreased patient callbacks, and lowered treatment time for critical conditions. Altogether, this can lead to significant enhanced-patient outcomes.

Teleradiology market developments will gradually surpass the regular PACS and RIS systems in the future and thus become easier to use as well as more successful. Such intelligent workflow management software can go beyond basic image viewing and reporting functionality and incorporate new smart technologies.

These technologies can route images across an internet network easily and securely to the most skilled and readily available radiologist at that time. These workflow management tools will have numerous collaboration tools to allow radiologists to interact online with each other or with a clinician to show them the area affected on a CT or MRI scan in a virtual setting. The analytics tools can also be used to make them more efficient.

Radiologists can conduct their tasks on-the-go with the prevalence of smartphones, high-powered and superior resolution mobile phones and tablets. These mobility solutions have high importance for neurosurgeons, cardiologists, oncologists, etc., who are occupied under an occupied schedule and cannot make themselves accessible for personal meetings all the time. This also enables patients to easily approach radiologists, especially if they are located in a remote location. Other than such convenient applications, other uses are under development for acute strokes and appendicitis.

Over the past twenty years, advancements and innovations in technology have transformed radiology revealing comprehensive imaging technologies and methods similar to breakthroughs at the tail end of the last century, demonstrating the promise of extremely detailed anatomy and pathology visualization in disease detection by multi-detector row CT and high-filed intensity MRI. This resulted in an emphasis on efficient and rapid image production, which in turn led to the creation of many new image factors, new applications and an increased need for imaging, particularly after hours, increasing the amount of information available for review by an individual radiologist.