There has been a shift from the manual irrigation process to an automatic irrigation system. Irrigation Automation is accompanied by feedback-based approaches. It allows efficient handling of resources. The main reason for the increased adoption of irrigation systems is growing water scarcity.

The unpredictable rainfall has resulted in rising in the demand for advanced irrigation systems. Several initiatives have been taken by the government of many countries in order to promote water conservation. At the same time, raising awareness among the farmers about the benefits of automated irrigation technologies is expected to improve the demand for irrigation automation. 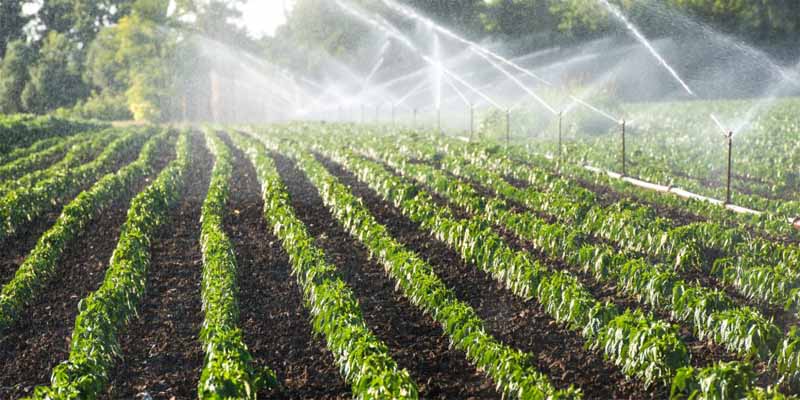 What do we understand by irrigation automation system?

The irrigation automation system refers to a process of irrigation in which there is hardware components are incorporated to automate the process occurring during irrigation. Once it is installed, the water distribution in the small or large field becomes easier. These automatic systems enable the user to adjust the irrigation process. The automated irrigation systems involve minimal manual intervention.

Irrigation Automation and its application

It is a type of irrigation in which water is applied to the soil surface. It is the most common form of irrigation. Water flows under the influence of gravity. Surface irrigation must be managed in order to practice it effectively.

Water is applied in the field with the help of a pump. The water is produced under high pressure. Water is sprinkled similar to rainfall. Pipes are connected to the system with a nozzle are connected which spray water and irrigates.

These are smart devices accompanied by the irrigation automation system. There is a variety of weather-based sensors. They work according to local weather conditions. Sensors effectively manage the irrigation in the field.

Valves are used to turn on and off the sprinkler. They are named on the basis of which device it is connected such a sprinkler valve, lawn valve, irrigation valve, etc. these valves are regulated by the controller for the flow of water.

In this type of, the amount of water to be applied is pre-set. It is controlled by a metering valve. According to the requirement of the plants, a controlled volume of water is supplied.

In this type of irrigation automation system, time clock controller is used. The timer controller becomes an important part of the automation system. It facilitates the supply of water at right time. The timing of the operation is calculated depending on the volume of water required and flowrate.

It works on basis of the actual dynamic demand of the crop or the plants grown in the field. The real-time based irrigation automation system operates in a controlled environment. Various sensors are incorporated in the system that controls the scheduling of the sensors.

In this type of control system, hardware and software systems are incorporated. These components manage and supervise the irrigation processes.

There are many advantages of advanced irrigation systems that make them more adaptable. Although the cost of installation is very high.