Over The Air Transmission Platform Trends That Shape The Broadcasting Industry 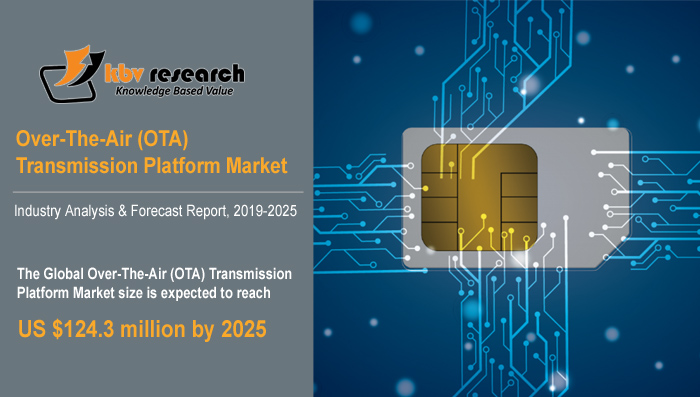 The introduction of 5 G technology and the increase in trend of online/on-demand content services are projected to raise profitability from the broadcasting industry in the coming years. The air service providers are thus looking for big opportunities in these disruptive technologies, and therefore investing in digitizing their current transmission platforms.

What is an OTA transmission platform?

Some of the popular OTA transmission platforms:

Over-the-air (OTA) provides access to all users even though they don't have a subscription to cable or satellite television. Cord cutters and cord shavers are one of the best things to happen, as it gives them free TV through a digital antenna. Further, they're having even more channels for free with the move to digital broadcast a decade ago — and in better HD quality.

OTA signals used to program, upgrade, configure and distribute hardware devices are known collectively as OTAP (Over-The-Air Programming). One example is over-the-air activation (OTAA), which allows the users to unlock a new mobile phone wirelessly by simply entering a code or following specific steps. This automated service that most mobile providers have will save a trip to a mobile phone service location when they purchase a new phone. OTA transmissions can even submit updates to approved devices, such as new carrier settings and even OS updates.

Another example is the over-the-air service provisioning (OTASP), which is used for remote activation and configuration of various devices for a particular community of users, such as radio handsets. OTASP messages are usually sent from a central server and can be encrypted to safeguard personal data. OTAA and OTASP all are OTAP subsets.

Trends that would shape broadcasting over the coming years

Staying relevant is difficult but necessary for long-term survival with the rapid shift in the audience from television to digital. Broadcasting television isn't gone — but it's changing rapidly, so there's a need for change to prevent irrelevance.

Quality and Timeliness of Information

The broadcast media industry is rapidly evolving. With plenty of weather and news available to all at their disposal, the focus is likely to turn to information quality and timeliness. The most effective media outlets would be those capable of providing reliable, local and up-to-the-minute updates. For example, weather forecasts which are as old as a few hours and which are too broad for areas will probably no longer be important.

New creative ways of disseminating content, like CBSN, a news service that streams 24 hours a day, will become even more useful. Improvements in weather technology and modeling will be crucial in ensuring the delivery of reliable, local information that people now crave and anticipate.

Making Connections for and with Users

A phenomenon that distinguishes the important broadcasters from the fading ones as the sector continues to grow rapidly: engaging with their customers and communicating with their customers. Broadcasters are pouring out more content in both volume and variety, but some are more effective at making it catch on than others. It's not that what the winners generate is naturally better than the others.

In this era of knowledge abundance, there is a dizzying number of dots to bind. Broadcasters tend to be keen on presenting the information accurately but avoid connecting the dots. Growing numbers of broadcasters are distilling weather information to consider the real needs of users, which is where broadcasters have to go to remain relevant in the everyday lives of users.

Lastly, it's a huge change that few speak about, but it's going to make a major difference for us in broadcasting and especially for the rich weather content. Through leaps and limits, the mobile apps themselves are getting stronger. A modern smartphone's GPU computation cycle is similar to the GPU power required to do the real-time rendering.

All of the technological transitions reflect major changes in broadcasting for users. But what's much more important is the fact that all of these developments collide at the same time. Major technological changes in television used to happen every 5-7 years in increments. The broadcasting industry is at the turning point where, in every 6-9 months, these major changes will layer.

The over-the-air (OTA) transmission platform market is growing among broadcasters as manufacturers of television & streaming devices have introduced ATSC 3.0-capable televisions worldwide. As more users switch to OTA, the content at very low CAPEX & OPEX will be made available locally. Customizing content at station level will offer major benefits to TV networks, and promote creativity in ads.

For example, graphics appearing on ads can be personalized with a local number that the viewer can contact. It will not only allow the television advertiser and television station to provide more specific customer service but also to assess data on regional ROI as well as creative efficiency.