The broad spectrum of high-quality radio frequency components is founded on the varying requirements of in-building or distributed antenna networks and applications for railway, test, and measurement. The parts are compatible with each other and have very high-quality stable characteristics. This high-quality standard is the culmination of many years of radio frequency device development and production experience. 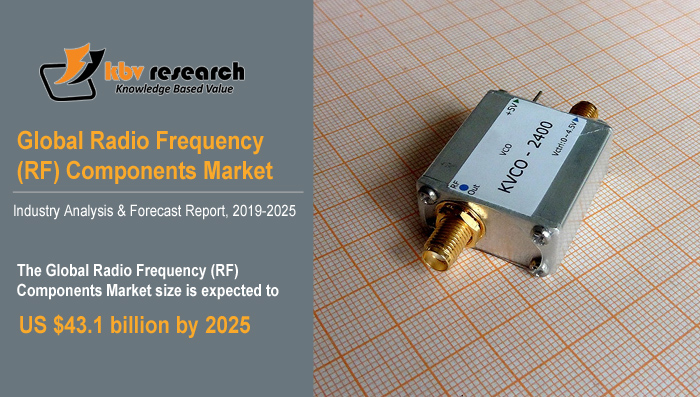 Radio frequency (RF) refers to the oscillation rate of electromagnetic radio waves between 3 kHz and 300 GHz, and the alternating currents that carry the radio signals. This is the frequency band used to receive and broadcast communications. Although RF is the wave oscillation frequency, it is synonymous with the term "radio," or simply wireless communication.

What is radio frequency?

For instance, for FM radio, TV broadcasts, and amateur radio and its counterparts, the VHF (very high frequency) band, which ranges from 30-300 MHz, is being used extensively. The ultra-high frequency (UHF) band is used for many electronic communication devices. This is the space used by mobile phones, wireless LAN, Bluetooth, TV, and land radio.

Radio frequency is generated by oscillating current a given number of times and then radiating it off a conductor, which is referred to as an antenna, into space as electromagnetic radio waves (this refers to space occupied by air rather than solid objects and does not refer to outside space). RF signals are emitted and received by conductors through the phenomenon called the skin effect. Wherein, RF current latches itself and flows through the conductors' surface instead of penetrating and flowing through them as with other non-conducting solids. This influence is radio technology's heart and base.

The RF power amplifier's basic applications include driving a transmitting antenna, driving to another high-power source, and exciting resonators for the microwave cavity. Driving transmitter antennas is more well-known among these applications. The transmitter-receivers can be used not only for voice and data communication but also (in the form of radar) for weather sensing.

The RF filters were designed to be able to work easily on frequency ranges varying from medium to extremely high, i.e. megahertz and gigahertz. It is most widely used in devices like wireless communications, broadcast radio, and television, due to its operating features. In general, most RF filters consist of coupled resonators, the value variable of which can determine the filtering rate within the RFs.

RF filters are used to arrange the frequencies of the signal. Simply put, the RF filters may filter out the noise or minimize the external signal interference that may affect the quality or efficiency of any communication system. The lack of proper RF filters in place could result in a toll on signal frequency transfers that could ultimately affect the communication process.

The future of radio frequency industry

The radio frequency components market is becoming omnipresent more rapidly than ever before. This has been observed majorly due to technological evolution in the field of wireless communication and advancements in materials used for manufacturing RF components.

The demand for radio frequency components and radio frequency technology upgrades continue to help drive the world throughout many public and private sector applications. But technology is advancing so rapidly, it is sometimes difficult to predict how the world will look in just a few years.

In 2027, we should expect that 5G networks will be up and running for some time, and consumer expectations of mobile speed and performance will be significantly higher than they are today. With more and more people adopting smartphones around the world, data demand will continue to rise, and traditional bandwidth ranges below 6GHZ are simply not going to be enough to meet this challenge.

The need for advanced RF solutions for satellite communications (SATCOM) will also increase in both the military and commercial sectors. One particularly ambitious project that requires advanced RF engineering is SpaceX's global Wi-Fi project, which will require more than 4,000 orbiting satellites to beam wireless internet to people around the world, using 10-30 ghz frequencies in the Ku and Ka-band range-and that's just one example. From smartphones to satellite service, GPS and more, RF technology is a modern-day innovation that's so omnipresent that many of us just take it for granted.