L-carnitine is a kind of amino acid, which is also the key protein element residing inside the body. This compound is formed naturally by acid to produce energy. L-carnitine has a critical part to play in fat metabolism. It can also be consumed as a supplement in order to augment the inadequate energy levels in individuals. For instance, in dairy products, butter, peanut, fish, and red meat, this product can be found in its natural form. 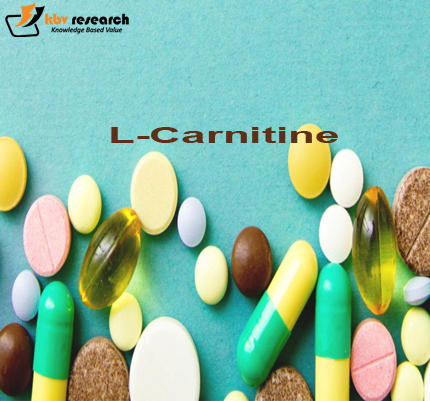 L-Carnitine transports fatty acids from food into the cell’s mitochondria, where they are converted into energy. This helps in burning fat during workouts along with preventing muscle failure, sluggish feeling during the diet phase, and fatigue. The energy produced from fatty acids is useful for the brain, heart, and muscles as it creates a positive effect on them.

L-carnitine is best consumed in the liquid form as it gets absorbed in the body instantly, which makes its consumption the most suitable in the morning or/and before workouts. According to professional recommendations, it should be consumed between 2-4g every day, divided into two or three evenly distributed dosages.

All you need to know about L-carnitine

This product can be found in almost all animal tissues and organisms. For various compounds such as acetyl-L-carnitine, L-carnitine, and propionyl-L-carnitine, it is a generic expression. L-carnitine accounts for 0.1% of its dry matter and is most concentrated in cardiac and the skeletal muscles.

Usually, a body synthesizes a sufficient amount of carnitine for lysine side chains. This helps to keep up the body’s energy production needs because carnitine works as a transporter of long-chain fatty acids. Also, these fatty acids oxidize and generate energy in the mitochondria. People suffering from genetic or medical disorders cannot produce enough carnitine, which makes it an essential nutrient for them.

The major reason behind taking L-Carnitine is that it enhances physical performance. As you practice, not only has it been shown to boost stamina, it also helps you make it feel easier. You will use less glycogen and more fat as energy when you are taking L-Carnitine before a workout, which will help you survive for a longer period of time.

This has also been shown to prolong the time it takes to more efficiently use aerobic energy systems to hit the anaerobic threshold. In other words, it allows for later fatigue and improved performance. Lastly, the recovery time following intense exercise or trauma has also been shown to improve as it improves the androgen receptors that bind to testosterone.

Hundreds of biochemical reactions develop within the body as you exercise. One is when the enzymes come into action and begin breaking down stored fat into fatty acids and glycerol. During exercise, these are then used as fuel. L-carnitine is a compound that plays a major role in this fat metabolism cycle, as its key role is to move the long-chain fatty acids across the inner membrane. Such fatty acids are the primary sources of energy used during exercise of low to moderate intensity.

The need to improve athletic performance has led to an accelerated consumption rate among sportspeople. Furthermore, the medicinal prescription for L-carnitine has helped vendors gain credibility for end-users. The influx of increased investment from global stakeholders and investors into the global L-Carnitine market is reasonable to predict.

The use of L-carnitine can rejuvenate the energy levels of the body, and this is a key factor in market growth. Furthermore, L-Carnitine can also be used to treat a variety of diseases and impairments. The expertise of pharmacists and medical researchers has set up a safe pharmaceutical research network.

Lonza launched a new innovative MuscleGuardTM formulation in October 2019. It is a unique patent-pending combination of ingredients that includes a clinically studied ratio of four nutrients namely Lonza's Carnipure ® L-Carnitine, Creatine, and Vitamin D Leucine. The solution provides positive outcomes for recovery and success in the sport by increasing muscle strength, activity, and mass.

The l-carnitine market and the product's derivatives experienced significant demand, and the pattern is anticipated to continue during the forecast period. If taken correctly, L-carnitine can boost both the training and an individual's physique. L-carnitine offers more stamina and bigger pumps in gyms. And essentially, this means more muscle and less fat. And as a plus point, it is safe, which also makes it one of the best tools one can have in their bodybuilding mission.

Alongside the massive growth of this market, the protein supplements market has come up in recent years at an equivalent rate. Read more about how protein supplements are becoming a preferable favorite among fitness-conscious people. The rise of both the industries has been associated with the growth in demand for sports nutrition products. Various athletes and gym enthusiasts consume protein shakes as well as ensure a regular consumption of L-carnitine supplements, which will help them in bulking-up post their strength training process.