Trends That Determine the Adoption of Clinical Nutrition 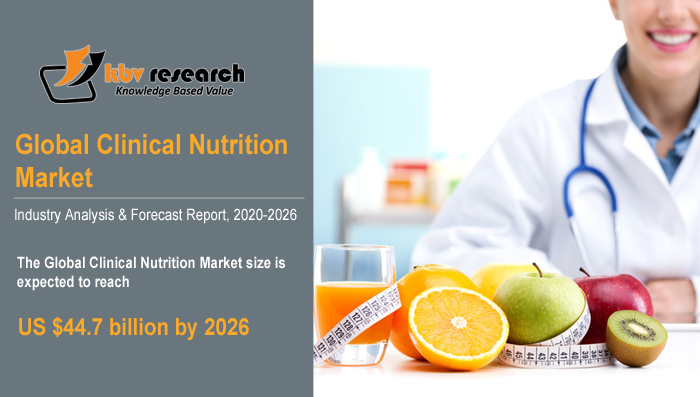 What is clinical nutrition?

Clinical nutrition is the nutrition of healthcare patients. In this context, clinical refers to patient management, with not just outpatients at clinics but also (and mainly) hospital patients. It mainly incorporates the scientific dietary and dietetic fields. Clinical nutrition aims to maintain a healthy balance of energy in patients, as well as provide sufficient amounts of other nutrients such as protein, vitamins, minerals.

Why is clinical nutrition important?

For healthcare patients, clinical nutrition is important for dealing with sickness, injuries, surgery, and proper recovery. It helps to prevent malnutrition, restore body tissue, and boost body energy and immunity. Health supplements for proteins, vitamins, etc. can also be supplied with a proper diet plan and feed the patient with essential foods that revive the patient's body. The preferred route for nutritional administration is oral though it also follows parenteral and enteral routes.

The world is on the brink of a significant demographic milestone. Driven by falling fertility rates and remarkable life expectancy increases, aging in the population will continue, even accelerate. According to the World Health Organization, the number of people aged 65 or older is projected to increase from an estimated 524 million in 2010 to nearly 1.5 billion in 2050, with the majority of the growth in developing countries. Currently, the greatest burden on global health is imposed by non-communicable diseases that affect adults and older people more often. In addition to this increase, growth in chronic ailments affecting elderly people will continue to stimulate growth in the geriatric healthcare industry.

Treatments for cancer and cancer can affect the taste, smell, appetite, and the desire to eat enough food or to absorb the nutrients from food. This can lead to malnutrition, a condition caused by a shortage of key nutrients. Drinking alcohol and obesity can increase the risk of malnutrition. Malnutrition can make the patient weak, tired, and unable to fight infection or finish cancer therapy. Malnutrition can get worse when the cancer is growing or spreading. This is where clinical nutrition comes to help.

Malnutrition affects a variety of organs directly or indirectly including the central nervous system (CNS). The Global Burden of Disease (GBD) study includes a number of nutritional conditions, including protein-energy malnutrition, iodine deficiency, vitamin A deficiency, and iron deficiency anemia. Most of the neurological disorders associated with malnutrition can be prevented, and are therefore of public health concern.

In order to adopt a suitable health policy, it is important to raise awareness in the population, among leaders and decision-makers, and within the international community. Neurological diseases are often associated with swallowing and malnutrition disorders. In addition, neurologically ill patients are at increased risk of micronutrient deficiency and dehydration. On the other hand, the pathogenesis of neurological diseases may involve nutritional factors. In the prevalent clinical nutrition therapies for neurological disorders, management of oropharyngeal dysphagia plays a pivotal role.

Sustainability means meeting the needs of the present population without compromising future generations' ability to satisfy their own needs. The ecosystem for sustainability is evolving. It is becoming more demanding and current standards are being challenged by consumer expectations. Sustainability is at its core an approach to balancing different, and quite often competing needs against the awareness that companies face of environmental, social, and economic limitations.

Oral and enteral route of administration

The oral and enteral route of administration is gaining significant prominence as it is most commonly used. This is mainly due to the additional cost of processing the product/nutrient involved in the enteral/parenteral route. As with other routes of administration, consequently, physicians also prefer the oral route, since it involves fewer complexities and costs than the other two routes of administration. However, in certain illnesses, such as chronic disorders and not acute cases, the oral path is favored, thereby pushing the overall demand.

Breastfeeding infants play a vital role in their growth and development during the first six months. In the early stages of human existence, any nutritional deficit will contribute to a decline in mental development and physical growth and a high risk of anemia, illness, and blindness. Infant nutrition plays a vital role in the growth of prematurely born infants, and its significance has expanded by increasing awareness and, in addition, by expanding the clinical nutrition industry. Furthermore, instances of early births are usually encountered by high-birth-rate countries.

Typically, long-term health issues are found in individuals who have had a premature birth. Sensory disorders, cerebral palsy, intellectual difficulties, and respiratory problems are prevalent conditions present in prematurely born infants that are more susceptible to them. In cases where mothers are unable or unable to breastfeed their infants, different infant formulas are offered as appropriate alternatives by market players. These infant products are available through a variety of retail channels, such as supermarkets and convenience stores.

The clinical nutrition market giants are gaining immense benefits from increased progress in clinical nutrition. In the past, nutrition was considered to be an individual’s responsibility, however, more recently governments have been expected (by some) to share that responsibility by helping to ensure that marketing is responsible. Treatments for cancer can impair taste, smell, appetite, and ability to consume adequate food or absorb food nutrients.

This can lead to malnutrition caused by a lack of important nutrients. The risk of malnutrition can rise with alcohol abuse and obesity. Malnutrition may contribute to fatigue, tiredness, and inability to fight illness or to end treatment of cancer. If cancer grows or spreads, malnutrition may become worse. This stresses the critical importance of clinical nutrition especially for treatment, infection control, and strength.