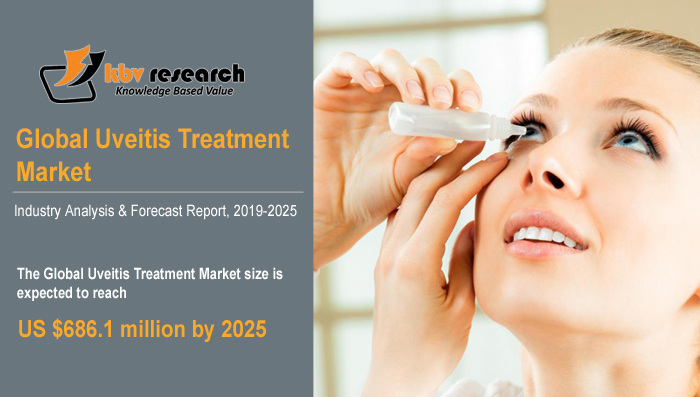 These problems may result in a permanent loss of vision. The prevalence rates for uveitis vary in various parts of the world. Nevertheless, experts who reviewed 522 foreign papers on the causes and trends of uveitis and 22 global epidemiological studies found that 52.4 per 100,000 people were affected.

What is uveitis treatment and how does it work?

Increased prevalence of uveitis and growing awareness among the patient population with increased acceptance of innovative treatments are expected to drive the growth of the market. In addition, convenient access to uveitis treatment, increased demand for uveitis medications, and a boom in R&D activities to improve ideal uveitis treatment to further drive the growth of the industry.

Why is a uveitis treatment important?

The growing incidence of anterior uveitis is driving growth in large part. This disease causes the uvea of the eye to become inflamed in the anterior part. Treatment for these sight-threatening illnesses requires mainly corticosteroids and immunosuppressive agents. Corticosteroid eye drops are used in the majority of cases. Anterior uveitis can also grow as a consequence of various other diseases, which raises its prevalence.

Recent advancements in product applications and treatment modalities are ongoing, for example, a significant milestone was Humira’s approval for uveitis treatment. As a consequence, some of the driving factors are projected to be factors such as increasing geriatric population, increased incidence of the disease, and new product growth. Redness of the eyes, blurring of the vision, the small size of the pupil, and sensitivity to light may be symptoms of anterior uveitis which may result in permanent blindness if not treated.

Intermediate uveitis (IU) is defined as inflammation of the anterior vitreous, ciliary, and peripheral retina. In the Standardization of Uveitis Nomenclature (SUN) International Workshop on Documentation of Clinical Results, the consensus reached was that the word IU will be used for that type of uveitis where vitreous is the main site of inflammation and where there is a related disorder (e.g. Lyme disease) or systemic disease (e.g. sarcoidosis).

Posterior uveitis is usually painless, but not always. Symptoms usually involve "floaters," little specks, flakes, or clouds that pass through the field of view, and reduced vision. Although anterior uveitis frequently causes eye and redness, light sensitivity, and blurred vision, the symptoms of posterior uveitis are more noticeable. Uveitis can lead to other complications, including glaucoma, cataracts, or retinal detachment. Effective diagnosis and care are critical to reducing the risk of irreversible vision loss.

Posterior uveitis arises as an acute illness or as part of certain conditions affecting the body (systemic) processes. The disease involves both males and females in similar proportions. This can happen at nearly any age, but it tends to occur more frequently between the ages of 20 and 50. According to one survey, 175,000 individuals in the United States and 800,000 people globally are affected by chronic, non-infectious posterior uveitis. About 80% of cases of uveitis affect the front (anterior) part of the eye.

Anterior uveitis is an intraocular swelling of the uveal tissues that is anterior to the center of the vitreous cavity. Along with conjunctivitis, keratitis, and acute glaucoma, it is part of a group of ocular disorders generally referred to as red-eye. It is associated with ocular damage as well as other infectious diseases, including juvenile rheumatoid arthritis, ankylosing spondylitis, reiter's syndrome, sarcoidosis, herpes zoster, and syphilis.

Since uveitis is unusual from a clinical trial point of view, a study involving several types of uveitis will encourage enrolment. However, the heterogeneity of uveitis poses 2 major barriers to successful drug development. First, effective treatment with one form of uveitis does not automatically cure all cases of uveitis. For example, multiple sclerosis is aggravated by TNF-a inhibition. Since pars planitis is associated with multiple sclerosis, anti-TNF therapy should be used with caution in these cases, particularly where there is a concern for demyelinating disease with a potential chance of developing de novo demyelinating disease.

The present scenario of uveitis treatment and future potential

The incidence of uveitis is growing as a primary driving factor leading to the growth of the demand for uveitis treatment. According to a 2015 report by the American University of Beirut Medical Center, Uveitis is responsible for 10 percent of U.S. legal blindness and up to 25 percent of developing countries’ blindness. In addition, according to a report conducted by F.I. Proctor Foundation, University of California, San Francisco, the incidence rate of uveitis among the U.S. population could be approximately 24.9 cases per 100,000.

Furthermore, some other factors driving market growth include a rise in healthcare spending for the production of treatment and the development of new and innovative uveitis medication biologics. Nevertheless, factors restricting market development include side effects related to immunosuppressant medications such as kidney damage, high blood sugar, and osteoporosis. Also, medication-related complications may result in permanent blindness, which is a significant limiting factor to market growth.