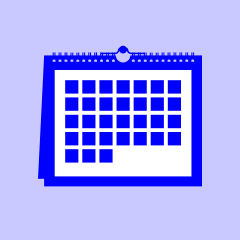 Export to Outlook or iCal (.ics)

Alarm for the world
Climate Change The Next Danger:
It has not and will not be able to cope even from developed countries
We must prepare not to prevent the next danger in any moment, but to minimize human and material losses

Allaah says (interpretation of the meaning): "Do not spoil the earth after its repair, and call it fear and hope.

The global progress of the current technology is more necessary than the benefit to the surrounding environment of man and all divine creatures.
Looking at the damage caused by man from the manufacturing of all equipment and vehicles and exhaust factories, vehicles and equipment Nawawi, which resulted in the saturation of the atmosphere.
The light from the sun that passes through our atmosphere and reaches the Earth, radiates back to space as heat. Some of the gases in the atmosphere trap that heat during its return and raise the temperature of the lower layer of the atmosphere and the surface of the earth.
One of these gases is carbon dioxide, which rises as a result of natural events such as breathing and volcanic eruptions, but also because of human activities such as cutting forests and burning fossil fuels. According to the US space agency NASA, humans have contributed to a two-thirds increase in the concentration of carbon dioxide in the atmosphere over the past 200 years.
This is a real problem because the greater the amount of carbon dioxide in the atmosphere, the more radioactive heat is trapped in the atmosphere, making the planet more hot. This is called global warming.

Hallelujah, which honored man and the gift of nature and environment free of damage. Today, the work of the human being surrounded by great risks and support to collapses and deaths and injuries and heavy losses.
Climate change is an effective and long-term change in the weather rate that can include temperature, rainfall, and wind conditions.

The trend towards industrial development in the last 150 years has led to the extraction and burning of billions of tons
Of waste gas use and chemical fabrication that harms humans.
Have we considered the risks of developed countries in industry and agriculture and the damage to human and environmental progress?
Have we ever looked at the mortality, disease and environmental damage of previous years that have not been exposed to technology?
If we look, we see a significant difference in the number of deaths from man-made malignant diseases from chemical intervention in agriculture, pastures, poultry and fish.
All that is happening around us now, which is expected at any moment of environmental damage, disasters, floods and fires, is man-made.
Ask God to relieve the world of all that is destined and ask forgiveness for what is done in the hand of man to harm others.

RSVP for Dr. Nahrawi warns the world of climate change to add comments!