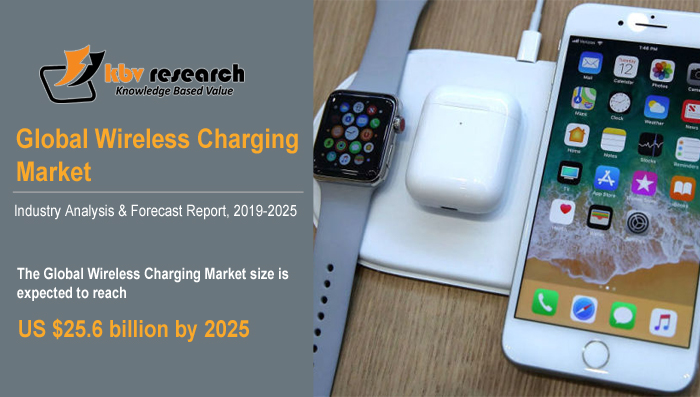 Wireless charging can be found anywhere, in smartphones and IoT devices, but most notably in medical equipment. This is one business that can be changed with the use of chargers. Then there are the electric vehicles (EVs), which will benefit from the technology. The network must have been easy to set up. Not unexpectedly, the first uses of electromagnetic induction were for automobiles, but internal combustion engines were more common.

Wireless charging: What, Why, and How?

What is wireless charging?

Any wireless charging technology consists of two parts, a transmitter (the actual charging station) and a receiver. The receiver collects the transmitted energy and then charges the battery to the device. When individual electronic devices are growing in number and decreasing in scale, the need for a more efficient charging method is becoming increasingly common.

Inductive charging uses the electromagnetic field produced by the magnetic coil to cause voltage in the receiver within the device. This voltage is used to charge the battery. A form of wireless charging is most often used on charging pads, such as the tablet you may have on your computer. This technology, however, is by no means modern. For example, many electrical toothbrushes use induction to charge wirelessly. For induction, both the unit and the charging pad must have the coils to move the power wirelessly.

Why do we need wireless charging?

The biggest benefit of wireless charging lies in the phrase-wireless. For wireless charging, you reduce the congestion of charging cords and restrict it to only the power cord of the charging pad. You don't need to worry about the issue of plugging in your wire, either-just place your phone on the charging pad and start charging right away. Advanced development implementations are now getting interesting. Manufacturers like Huawei and Samsung are introducing reverse wireless charging, enabling phones to charge other phones and smaller devices wirelessly.

The functionalities of wireless charging

Essentially, wireless charging uses a loop of coiled wires circling a bar magnet — known as an inductor. As the electrical current travels through the coiled wire, it generates an electromagnetic field around the magnet, which can then be used to shift the voltage or charge to anything nearby.

Most wireless power stations still use a pad with an inductor inside, while electronic toothbrushes, for example, have long had wireless charging installed on their bases. As the intensity of the electromagnetic field decreases dramatically at a distance (as the square of the distance between the objects), the system must be very close to the charging station in order to get a lot of power this way.

However, although the fundamental principle of wireless charging has been known for more than 100 years, scientists have not yet developed a method of efficiently transmitting vast quantities of electricity using this technique. The amount of electrical charge transmitted is proportional to the number of coils that can be looped around the small bar magnet as well as the magnet power. Before recently, cables and devices could not be made lightweight enough and inexpensive enough to make wireless charging viable.

Industries standing on the receiving end of advancements in wireless charging:

Vehicle pollution has been a significant source of air pollution-induced diseases. And this induces worldwide demand for the electric vehicle. However, if most of the electric cars on the market today will need to be plugged in for recharging, wireless charging will soon change that.

Since people normally park their vehicles in one place, such as a garage or a parking space, electric cars may use wireless charging from that space. Electric vehicles (EVs) are another area in which wireless charging will revolutionize the technologies used. Nevertheless, while the industry has taken several strides forward, EVs are still trapped in the production process.

Wearables and other portable gadgets work well for (radio frequency) RF wireless charging because they are not limited to the scale and form of the coils in the same manner because of inductive charging. As wearables become more and more common, it becomes more and more irritating to have yet another wire or rope in our lives. That is where wireless charging comes in.

The implantable medical devices market has a very significant place in the healthcare industry. These machines that are used as hip, knee, or heart implants now use a wireless charger, which further reinforces the demand for wireless charging. Several cardiac devices use implanted battery packs, such as pacemakers. Others, such as cardiac assist pumps, use wires to provide the device with energy. Such wires tend to cross the barrier to the skin and are at risk of being removed. The areas where the surface layer is breached by the wire are also at high risk for bacterial contamination. A modern, wireless solution will have tremendous benefits for this area.

While the appeal of electric cars continues to grow, the rising competition also highlights the charging problems faced by owners. Charge stations are not easily accessible or available, so many of them allow the driver to link the cable to the vehicle. Nevertheless, in comparison to liquid fuels, electrical electricity does not require a physical connection to the vehicle, and as wireless charging technology advances, it would be easy to charge in several more locations without using cables.

Wireless charging is an important part of the transition to the future, where hybrid vehicles predominate. High-power, high-speed chargers can be important for anyone commuting long distances, but for regular everyday driving, the option to quickly recharge the batteries while shopping, working, or visiting a restaurant is a convenience.

Wireless charging is approaching a turning point. It's no longer just about setting a mobile on a pad; now it is all about the next wave of applications. It may take some time, but wireless charging is undoubtedly on the horizon. So next time an individual learns of wireless charging, they can associate the trends with potential devices, be it wearables or IoT apps that are easily or wirelessly connected to the charging stations part of your daily life.