Blinded by a Blizzard of Data 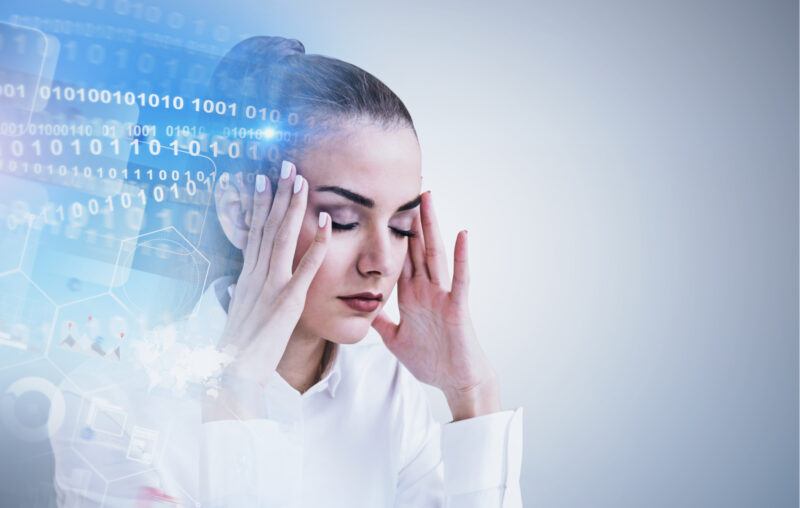 There are lies, damned lies, and statistics. While this warning is never terribly far from the political surface, it should be axiomatic whenever anyone starts talking about Covid data. It has been years since a common pool of data has been so thoroughly mishandled by all sides, and this is sure to continue at least until a vaccine has been developed and delivered.

The surest sign that someone is playing fast and loose with statistics in order to push a particular point of view is the absence of context. And regardless of one’s position on the need for Covid lockdowns, one thing is clear: since the outset, the media have quoted Covid statistics with a consistent absence of context. The result has been to turn people who believe Covid is a significant danger into quivering cowards, and to cause people who believe Covid isn’t all that dangerous to dismiss the warnings entirely.

On its face, a high case fatality rate leaves the uninformed reader thinking that the odds of dying from Covid are astronomical compared to the common flu. But in March very few people were being tested. To get tested for Covid, one generally had to be sick enough to be hospitalized. Those for whom symptoms were light or even nonexistent didn’t get tested.

The result is that the reported Covid fatality rate was biased upward – early estimates had Covid more than 100 times deadlier than the flu. But, at this point, the whole exercise was like asking what fraction of the female population is in labor by surveying women in a maternity ward. Those statistics were frightening, but without the necessary context, they were also meaningless.

By early April, the media was feeding people daily reports on mounting Covid deaths. Gaudy numbers with lots of zeros framed every screen, and they drew the same significant attention that massive death tolls always bring. The missing context here: The number of people who died on a typical day before Covid.

At the April peak, more than 2,400 Americans were dying daily from Covid. But, before Covid, 7,800 Americans died daily. And that’s comparing the peak daily Covid deaths to average daily deaths in 2019. The average daily US Covid deaths since the outbreak occurred is around 870, or 10 percent of the number of deaths we would expect in the normal course of events. The number is concerning, but bodies were not piling up in the streets as many breathlessly predicted.

The lack of context led people to believe that thousands of deaths per day were something out of the ordinary. More people were dying to be sure, but to understand what that meant would have required people to understand how many Americans die each day in the normal course of events. The American people generally have little idea, and the media doesn’t help matters. It is the fantastic, after all, that drives media behavior. But as was the case in March and April, context also mattered in May. There was no discussion of what “case” meant. A case could be anything from someone on a ventilator to someone showing no symptoms at all. Early data indicated that around 80 percent of Covid cases didn’t require hospitalization. The lack of context left the impression that each additional case was one more person on death’s door.

In fact, in May and June, although the number of new Covid cases steadily rose, the percentage of tests coming back positive declined, indicating that the rising case numbers were due less to increased cases than to increased testing. And while the media says (correctly) that the number of daily cases in November is setting records, they do not report that this is largely due to increased testing. The fraction of tests that are coming back positive, while rising, is on par with what the US experienced in mid-May.

We can blame this persistent lack of context on a perfect storm of politicians seeking to be “doing something,” media seeking to sell advertising, and people paying enough attention to be scared, but not enough to understand.

From the beginning, politicians were caught between a rock and a hard place. Locking people and businesses down meant possibly saving lives from Covid, but it also meant losing lives and livelihoods to unemployment, poverty, depression, suicide, and domestic violence. Politicians had to choose wisely. Influencing their decisions was the fact that the ramifications of choosing incorrectly weren’t evenly weighted.

Whether right or wrong, the better option for the politicians was to lockdown. But the people would not tolerate a lockdown if they believed that the virus was a mild threat. For the politicians to be able to execute what, for them, was the safer strategy, the people had to believe that were it not for the lockdowns, millions of Americans would die. One way to convince people of this is to present them with data taken out of context.

Meanwhile, the media, ever on the lookout for ways to attract more eyeballs, had a stronger incentive to present the data in the worst possible light than to present context that made the data appear less scary.

While all of this may sound like an elaborate conspiracy, it isn’t. No one conspired to achieve this outcome. Politicians, people, and the media simply responded to the incentives in front of them. The outcome we got was entirely predictable.

And what will happen next is entirely predictable as well. Infections, we are told, are on the rise again.

Expect to see the politicians saying exactly the sorts of things they said in March and April. Expect the media to play the role of enabler once again. The only difference will be the response they get from the American people, which is the one group that seems to have a collective memory that reaches all the way back to March. They suffered the lies and the damned lies they were served. The same bungled use of statistics won’t work on them again.

There is no question that Covid is a serious disease, and that every life lost is cause for concern. But each one of us faces very real risks every day from all manner of things. What’s important is that we address each risk with commensurate care. That the media has consistently reported on Covid without appropriate context suggests that historians will look back on 2020 less for its outbreak of Covid than for its outbreak of hysteria.