Part one of a two-part series 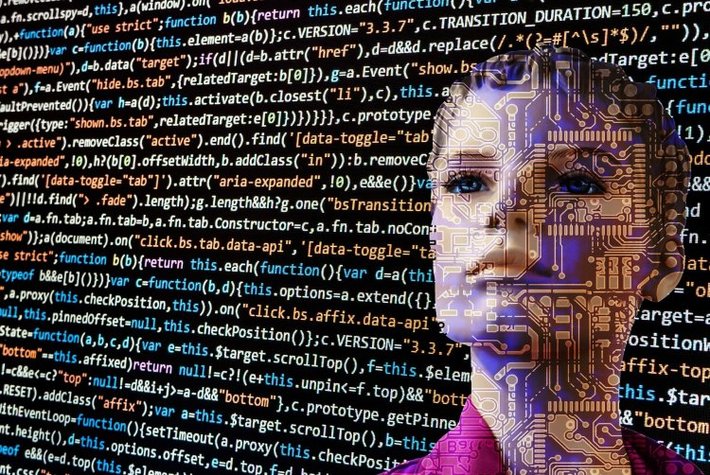 The following commentary reflects on how China is slowly catching up to the USA in terms of AI technology and moving away from informatized warfare to intelligentized warfare. China is no longer in a position of technological inferiority and is slowly making its presence felt in the world.

China is no longer in a position of technological inferiority but instead sees itself as close to catching up with and overtaking the United States in AI. The USA still trots on its idea of yesterday as if it were still the new thing – something called “ informatized” (信息化) warfare. China is conceptually already beyond the US. China now implements “intelligentized” (智能化) warfare.

In military conceptualization, C4ISR stands for Command, Control, Communications, Computers (C4) Intelligence, Surveillance and Reconnaissance (ISR). Quantum computing code technologies can overtake the opponents’ C4ISR and civilian infrastructure, disturb it, disable it, destroy it, or turn the opponent’s forces against him. Without firing a shot. Quantum computing will bring encryption, AI, and everything else computing up to a level so high that it is still incomprehensible by human imagination.

China, in May 2021, announced that the University of Science and Technology of China (USTC) had developed the World’s most advanced quantum computer. When we compare the measurements of the three P’s – People, Products, and Processes – in quantum computing, it is clear that China comes out number one. The USA is in second place.

China is also already the World-leader in AI. This year, China announced Wu Dao 2.0 – by far the most advanced AI system in the World – ever. China is also by far the World’s leader in the production of AI research papers. The USA is number two, and India stands third. Patents are essential but a problematic measure because a lot of AI depends upon how you apply it. China will also be wary of disclosing all its tech secrets through patent filing. The USA has a law to secretly confiscate all foreign patents and give them to its own US military industry. At the same time as the USA secretly appropriates patents and Intellectual Property (IP), the USA shouts up about others “copying” and “spying” on the USA. The USA, through the Invention Secrecy Act of 1951 (Publ. L. 82-256) also prevents own military relevant patents from being filed.

According to the China AI Development Report, July 2018 (CAIDR), China is the global leader in AI investments, with 60% of total AI investments 2013-Q12018 (the USA less than 30%). The Chinese Academy of Sciences (CAS) was by 2018 the research institution with the World’s highest concentration of AI talent, with 1,244 researchers. Number two was NASA with 103 (CAIDR fig. 2-35). Having AI talent concentrated is a considerable advantage, which does not preclude intense competition between teams. China is betting big by opening high profile AI research institutions. For instance, in 2018, China established the Beijing Academy of Artificial Intelligence (BAAI). Outside China, the most significant private companies represent a spread-out of AI talent on IBM (538), Microsoft (341), Google (256), Tata of India (189), and Siemens (176) (CAIDR fig. 2-37). China is now on its way to becoming the first global superpower for Artificial Intelligence.

No doubt, with quantum computing and AI, China is excellently positioned to become a World leader in using computing science, also for military purposes. And China reveals advanced conceptual thinking beyond what the USA can do by developing frontier-breaking new military concepts like “intelligentized” warfare. So, what is “intelligentized” warfare? It is an open-ended idea – an idea with enormous power. This idea will develop so fast that we might as well ourselves start to build on it. So let me, therefore, present my perspective on it.

Intelligence-enhanced sensor-networks. AI is already needed to map changes in satellite images. Add to this the challenge of data-fusion, creating and interpreting a full real-time map of events across the electromagnetic spectrum, across space, air, land, and sea assets – plus other sources like media, political and popular events etc. For instance, Google’s “Global Database of Events, Language, and Tone” (GDELT 2.0) monitors media in 65 languages in the whole World, translates it, categorizes all events, counts, quotes, people, organizations, social media posts, locations, themes, analyze images, videos, and 2,300 emotions, and places this in a global context – within 15 minutes. Such AI-supported analyses of the World of politics, public units, ethnic and social units can then be further analyzed for strengths or weaknesses on a specific issue for a country like BRI and China.

Add the above capability to analyze global speech, topics, and tones and sender-receiver in all languages when secretly tapping into the totality of all global electronic communication (like the USA does, ref. Edward Snowden).

AI can then analyze and manipulate social and political events and decisions at all levels, including distortion of messages or inserting fake messages. AI systems can simulate the voicing, text style, and even video of any person pretending to be that person. Sender- receiver believe they communicate with each other – but in reality, both communicate with a CIA controlled AI system, which changes their communication without any of them knowing. That can bring down governments, either through fracture or by engineered “color revolution”. This is only a small beginning.

Cyber-security will real-time be mapped onto the same situational picture. And keep in mind that several threats today move so fast and in such complex ways that they will not be perceptible to the human mind (at least not before it is too late).

To understand this complexity, we must have two dimensions in mind: First is speed. At hypersonic speed, there will be little or no time for the human mind to react. The second is complexity and cognition. Some political, media, economic, and military developments do not move that fast. But they are so complex that the human mind, limits of education, and imagination (!) result in immense problems combining such diverse fields to a comprehensive picture – and hence simply understand it and act constructively.

This drives a need for AI and automatization of the whole battle-understanding, which becomes ever more challenging to comprehend fully on ALL levels. From the individual fighters to units, groups, divisions, armies, to the top-most grand strategic level across combat, economy, culture, information, propaganda, counter-propaganda on own and opposite populations and units.

This article was originally published on USANAS Foundation.

Karsten Riise is a Master of Science (Econ) from Copenhagen Business School and has a university degree in Spanish Culture and Languages from Copenhagen University. He is the former Senior Vice President Chief Financial Officer (CFO) of Mercedes-Benz in Denmark and Sweden.