By Pam Martens and Russ Martens: 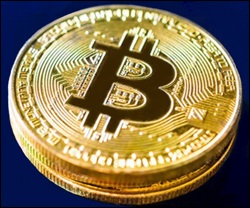 If you want to get your hair cut outside of your home in the United States, the job has to be done by a licensed worker at a regulated business. The same thing applies to plumbers, electricians, home inspectors, real estate, and insurance agents. They all require a license and are subject to regulatory scrutiny.

Likewise, commodities like corn, sugar, wheat, lumber, and oil are all traded on regulated exchanges which are overseen by a federal regulator.

But, for reasons that have yet to be explained to the American people, when it comes to the $1.7 trillion cryptocurrency market – which is effectively a con-game based on the greater fool theory, nothing is regulated. Not the cryptocurrency; not the promoters; not the crypto exchanges; and not the firms that are providing as much as 100 times leverage to fuel this “rat poison squared,” as the legendary investor Warren Buffett has characterized Bitcoin. (See The Smartest Guys in the Room Call Bitcoin “Rat Poison Squared,” “a Colossal Pump-and-Dump Scheme” and “a Big Criminal Scam” but Federal Regulators Look the Other Way.)

At a May 6 hearing before the House Financial Services Committee, newly-seated Securities and Exchange Commission Chairman Gary Gensler testified as follows: “Right now, the exchanges' trading in these crypto-assets do not have a regulatory framework, either at the SEC or our sister agency, the Commodity Futures Trading Commission.” Gensler added: “Right now, there’s not a market regulator around these crypto exchanges, and thus there’s really no protection against fraud and manipulation.”

The U.S. now has the dubious distinction of being the capitol of innovation for every conceivable type of fraud surrounding cryptocurrencies – a “currency” backed by nothing and regulated by no one.

Just last Friday, the SEC brought charges against hustlers for the crypto exchange, BitConnect. According to the SEC complaint, “BitConnect, an unincorporated organization, raised approximately $2 billion by conducting an unregistered offering and sale of securities in the form of investments into BitConnect’s ‘lending program.’ Defendants Brown, Grant, Maasen, and Noble, along with BitConnect itself and others, offered and sold the lending program as securities without registering the offering with the SEC as required by the federal securities laws and without a valid exemption from this registration requirement.”

On May 17 the Federal Trade Commission reported that crypto scams are skyrocketing. It wrote:

“Reports to the FTC’s Consumer Sentinel suggest scammers are cashing in on the buzz around cryptocurrency and luring people into bogus investment opportunities in record numbers. Since October 2020, reports have skyrocketed, with nearly 7,000 people reporting losses of more than $80 million on these scams.”

As of this morning, according to the website coinmarketcap.com, Bitcoin had a market cap of $724.5 billion. That’s more than the combined market cap of two of the largest banks in the United States, JPMorgan Chase, and Wells Fargo. It’s also more than the combined market cap of Boeing, General Motors, Ford, AT&T, and General Electric. The trading in all of these companies is regulated by the Securities and Exchange Commission; they must publish audited financial statements, and they must disclose all material facts to the public. None of that is true when it comes to the $1.7 trillion cryptocurrency market.

But aside from Bitcoin, there are other cryptocurrencies that make up the balance of the $1.7 trillion market. According to coinmarketcap.com, as of this morning, Ethereum had a market cap of $323.9 billion. That’s 55 times the market cap of Macy’s.

Does any of this make sense for U.S. markets – which Republicans in Congress continue to refer to as “the envy of the world.”

Previously, Fed Chairman Jerome Powell stated that cryptocurrencies were “essentially a substitute for gold rather than for the dollar.”

We’d like to suggest that cryptocurrencies are a substitute for gold – only if it’s a gold mine at a BRE-X style gold mine.

BRE-X was originally a penny stock that soared to a high of $286.50 on the Toronto Stock Exchange in May of 1996. An officer of the company claimed in an interview that the company owned a massive gold deposit in Busang, Indonesia amounting to 200 million ounces of gold or about $70 billion. That would have made it the largest gold discovery in history. In reality, the mine was an elaborate fraud based on the salting of samples with gold. Bre-X shares collapsed and became worthless, forever tainting the Toronto Stock Exchange for listing one of the biggest stock scandals in Canada’s history.

Congress and federal regulators need to step in before this crypto cancer metastasizes further and becomes a permanent, indelible stain on U.S. markets. Morgan Stanley has already been allowed to place Bitcoin futures in its mutual funds and an annuity product marketed to retirees. The SEC has multiple applications pending to list cryptocurrency Exchange Traded Funds (ETFs) on the New York Stock Exchange. A publicly-traded commodity futures exchange, the CME Group, is offering futures and options trading on Bitcoin. CME Group’s federal regulator, the Commodity Futures Trading Commission (CFTC), explains in this podcast that all that CME Group had to do to launch its Bitcoin futures was to “self-certify” its plan with the CFTC.

The integrity and stability of U.S. markets is a national security issue. What on earth has happened to U.S. intelligence agencies?