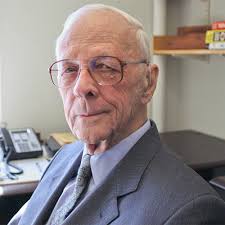 Presentation Based on the Work of Founder Dr. Jay W. Forrester

Systems in Technology and Society

• Everyone speaks of systems: computer systems, air traffic control systems, economic systems, and social systems. However, few people realize that systems exist everywhere. Systems influence everything we do. Systems create the puzzling difficulties that confront us every day.

•The field of system dynamics is leading to the new profession of enterprise designer. Methods now exist for designing the structure and policies of human systems so that the systems will better serve the people within them.

•The idea of a social system implies that relationships between its parts strongly influence human behavior. A social system strongly confines behavior of individual people. In other words, the concept of a system contradicts the belief that people are entirely free agents. Instead, people are substantially responsive to their changing surroundings.

•To put the matter more bluntly, a social system implies that people act partly as cogs in a social and economic machine. People play their roles while driven by pressures from the whole system.

•Accepting the dominance of social systems over individuals is contrary to our cherished illusion that people freely make their own decisions.

•The troubles created by systems are apparent in real life. Throughout the world, banks are failing, exchange rates are shifting, and governments are threatened. None of the participants planned nor wanted such consequences. The turbulence has arisen from unfortunate designs of social and financial systems. People try to cope with the failures of systems, but seldom attempt to redesign systems to reduce failure.

•We do not live in a unidirectional world in which a problem leads to an action that leads to a solution. Instead, we live in an on-going circular environment. Each action is based on current conditions, such actions affect future conditions, and changed conditions become the basis for later action.

•There is no beginning or end to the process. Feedback loops interconnect people. Each person reacts to the echo of his past actions, as well as to the past actions of others.

*Jay Wright Forrester was a pioneering American computer engineer and systems scientist. He was a professor at the MIT Sloan School of Management. He died in November 16, 2016 in Concord, MA.

You can download the PowerPoint Presentation in the below link: