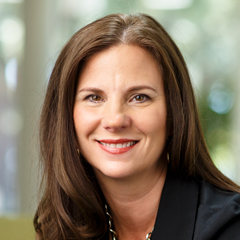 Every leader should design and communicate how they want to make decisions. Making it clear what you care about, what you need to know about, and what you’re tasking others to move on will help minimize confusion about who should be making which decisions. It also helps clarify when you as the leader can be kept out of a decision, when you should be pulled in, and how requests for your feedback should be communicated.

I’ve learned this the hard way. Because I’m passionate about multiple facets of my company, my executives were getting confused at times about why I was inserting myself into a conversation. Sometimes, it was simply my excitement, and other times, it was from a place of concern. Sometimes, I didn’t see how their execution of a strategy lined up with what I saw in my mind’s eye. This made my executives blurry about what they had the power to act on and when they needed to loop me in — in part because I wasn’t clear on those things myself. Decisions would stall. Frustrations would run high.

Convoluted decision-making processes waste time. Respondents to a 2018 McKinsey survey, for instance, said they spent 37% of their time making decisions, on average — and they estimated that more than half that time was spent ineffectively. On the other hand, delegating decisions and trusting the people you’ve handed them to isn’t always easy.

But we’re fans of models and visual representations of processes at Duarte Inc., and after talking through the problem and the confusion, the executive team cocreated a new model. In this two-by-two matrix, decisions are categorized into four boxes along axes representing how urgent the decision is and how high or low the stakes are. Each box has a correlating expectation about whether I should be involved, ranging from “Decide without me” and “Inform on progress” to “Propose for approval” and “Escalate immediately.” (See “Help Your Team Make Faster Decisions.”)

Once we landed on the framework, each executive populated a matrix for their own business unit. They piled up all the topics for decisions that needed to be made regularly into the four quadrants. We talked through the choices, and they then had a clear idea of when and to what extent I should (or wanted to) be involved. Each leader could cascade this model as far into their organization as they chose to.

Yes, there are other models about how leaders and managers communicate decisions, like RACI (an acronym for “responsible, accountable, consulted, and informed”), but those are for decisions at the project level, not the executive table. Once we aligned around this model, it became clearer to all of us what I should let go of — while also giving me permission to poke my head in if something was derailing that they thought they had handled.

When should a leader be pulled into a decision, and when can team members move autonomously? Identifying decisions as low risk or high risk and low urgency or high urgency helps to clarify expectations. Here are the kinds of decisions we chose to put into each category.

Decide without me: Your direct reports should have most of their responsibilities piled under this item. This would include successfully executing the agreed-to strategy, fulfilling the duties of their role, hiring, spending, solving personnel issues, and managing the departments through their dashboard. A leader’s job is to help establish missions, not to micromanage how each person gets there.

Inform on progress: A leader may want to “watch” some matters as they unfold. These include initiatives that have risk, general budget creep, or employee issues that might escalate. Sometimes I ask execs to use the channels of their choice to inform me on projects they are working on that I have personal passion for. This way, I stay informed and don’t need to ask about it but still get the joy of watching it develop. We found that before, when I would proactively ask questions, executives thought I was questioning their performance. In reality, I simply wanted to be informed along the way without taking any action.

Propose for approval: Things that come up during the year that fall outside of our planned strategy or approved funding belong in this category. Most approvals can be addressed in our quarterly planning meetings, but sometimes unexpected issues need faster feedback — like spending money over the approved budget, making major policy changes, or quickly deciding on a large opportunity that has popped up. Depending on the scale of risk, the team might send me a handful of slides making a case for the proposal, which I can simply approve over email. Other topics are meatier and need the input and approval of the whole executive team.

Escalate immediately: This category mostly evolves around high-risk or high-reward areas. These include scenarios where there are major risks to the strategic plan, changes in governance, shifts in the market, threats to data security or physical security, or even an unexpected acquisition opportunity.

Probably the hardest category for me as a company leader is “Inform on progress.” It takes a lot of self-control to remember that being informed is not the same thing as being asked to weigh in. Using the matrix has given my staff a polite way of telling me, “Just informing! You said you’d keep your nose out of it, remember? I’ve got this.”

Setting up this kind of decision matrix requires you to feel comfortable asking teams for feedback on whether you speed them up or slow them down. To take it even further, you as the leader can ask the team to grade you on how well you’ve stayed out of their business and stuck to the choices about decision-making that you said you would.

This model can and should be modified with direct reports quarterly based on how the business ebbs and flows and what becomes important for you or the business to watch. Talking about the model at least quarterly helps keep everyone aligned and moving on the work they are tasked to do.

Models like these are an important step in becoming a more professionally managed company or department. For us, this model created clarity. As the owner/founder, it was hard for me to let things go, and I had developed some bad habits. Now my team kindly calls me out when I cross the line: The matrix has given them permission to remind me to stay out of their day-to-day areas — while illuminating which kinds of decisions I always want to be involved in.