They profit from financial uncertainty. The billionaires have mostly benefited from betting on the recovery of global stock markets 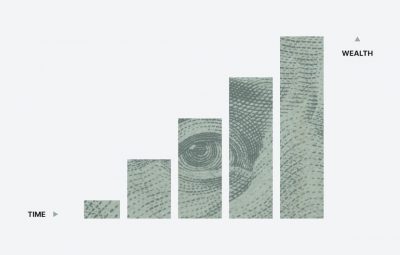 Spread across different economic sectors, some of the global most affluent families continue to amass more wealth. Despite the recent economic uncertainty, the wealthiest families in the world appear to be doing just fine.

Data presented by Buy Shares indicates the top five wealthiest families in the world control a cumulative wealth of $621 billion as of October 2020. The Walton Family, known for the Walmart retail chains, controls the highest wealth at $215 billion. India’s Ambani family that manages Reliance Industries holds wealth amounting to $81.3 billion.

The research also compared the wealth of the five wealthiest people globally. The group’s cumulative wealth is only $3.1 billion less compared to the most affluent families. Amazon founder and CEO Jeff Bezos still hold the top spot with a fortune of $188.7 billion. Tesla and SpaceX boss Elon Musk is currently the fifth richest person on the planet with a $93 billion net worth.

Family intergenerational wealth has emerged to be a powerful thing. It often prevails through market crashes, social turmoil, and economic uncertainty, with this year being no exception. For example, the Walton family has been making money for over three generations now and continues to hold about a significant stake in the company to date.

Notably, it is a challenge to preserve wealth over the long-term within family generations. The highlighted families have remained resilient since family-owned operating businesses can shift from booming to declining. The decline usually occurs when a family’s investment portfolio might not be well-diversified or has issues with generational transitions.

The spotlight on the world’s wealthiest comes amid the growing economic inequality in the US and other leading global economies. According to critics, inequality exists due to regimes that allow market dominance and low tax rates imposed on capital, especially in the United States. To some critics, the vast wealth is evidence that capitalism needs fixing. In some jurisdictions, inequality has become an explosive political issue.

Global wealthy families and individuals concentrated in the U.S

Contrasting the wealthiest families and individuals shows they are spread across different industries. For instance, most of the wealthy individuals emanate from the technology sectors. The individuals are concentrated in the United States.

For families, their wealth comes from different operations. For example, the Mars family is known for its successful candy manufacturing operations. On the other hand, the Al Saud family draws its wealth from its vast oil reserves while the Ambani family runs Reliance Industries that owns businesses across energy and textiles. For the Koch dynasty, the wealth comes from  Koch Industries, involved in manufacturing, refining, and distribution of petroleum, and chemicals.

It is worth highlighting that the wealth of individuals skyrocketed this year in the wake of the coronavirus pandemic. Since they are concentrated in technology, the sector was vital in providing support during the pandemic. For example, Amazon grew in popularity as stores remained closed forcing people to stay at home, leaving delivery outlets as the go-to options. Additionally, Walmart under the Walton family benefited due to the delivery of essential items during the pandemic.

Notably, global stock markets have since rebounded, making up much of the losses. The shares in some technology companies, which are often owned by billionaires, have risen very significantly.

The billionaires have mostly benefited from betting on the recovery of global stock markets. The markets crashed back in March and April, with the global economies going into lockdowns. During economic crises like those created by the pandemic, wealthy families and individuals combine their huge investing and purchasing power alongside government resources to profit from financial uncertainty. Also, with wealth-friendly tax laws and loopholes, some of the wealthiest individuals can stay on top.

Featured image is from Buy Shares