How to prepare yourself for the GRC in 2025

We can see a lot of benefits from GRC in a world of businesses. Most of the organizations in today’s world are being seen transforming their systems to GRC and those who are already having GRC tools implemented into their organizations are upgrading their systems to the most modern and latest ones. We have seen immense benefits from GRC solutions in managing risk, audit, compliance, documentation, change management etc. We are also very sure the solution that were having a decade ago, were different from the ones that we are having at the moment and at the same time we are also very confident that the solution that would be after a decade would be completely changed than the one now. So, it is always better to get yourself prepared from future circumstance that is also called risk management which is also a prime part of GRC.

When we talk about future, we can never be certain about it but yes we can always predict it and when it comes to GRC, which itself a too broad term to talk about and which is always changing, so even at management level it becomes quite difficult to predict about it. As it is relying with technology, so experts need to be more than certain to talk about the future of GRC. But when you categorize GRC into technology, regulation and government policies, then it becomes quite easy for the management to see where GRC would stand and how it would look in next 10 years.

It’s a very important in predicting the future of GRC which is having its own significance. According to a latest survey, the people who are already responsible for GRC management taking care of it skillfully will be over 60 or 70, which is almost a retirement age when efficiency and energy of a person does not remain the same as it is now. The ones which we left with would be millennials, who would rather be efficient or into the interest of it. It’s a prediction from experts that we may see the shortage of labor for taking care of whole GRC system. In the world of business, demographic plays a significant role like breathing in the air where we all share the same environment and when there’s shortage of it, you need to require more effort.

Since it’s already a world of modernization and digitalization but imagine seeing yourself in next 10 years that where it would be standing then. For example, imagine telling your boss that there’s no need to hire new employee or extra staff since you can do work of two or three and why wasting time, money and energy on some extra employees when you’re capable of doing work of extra people. The whole point of discussing this is that GRC system will become so compliant and efficient enough that it either won’t be needing extra human power or extra working hours, it would get compliant enough to manage it by its own self. The technology will get so powerful, intelligent and smart to even predict the coming risk and even get solution to secure business from it smartly and efficiently.

Smart Performance in all the Domains

When GRC is implemented in an organization than it takes care of every individual department that is being connected with the organization and it delivers intelligence across all the areas attached to the company. For Human Resource, it helps in changing and managing regulations, policies, geopolitical relations and else. It helps in dictating strategies right from hiring till implementation of organization’s framework. For Supply Chai, it helps in shifting economic and political conditions which can negatively influence market. Product Development is being helped for combining of accelerating technological changes and their unknown influences that can seriously threat risk management in product development. IT, the most significant department of any organization specially when speak off GRC. Cyber-attacks have the potential to threat and violate any company’s policies and data. IT makes sure that the GRC has been implemented in its best way so that whole organization is benefitted by it. 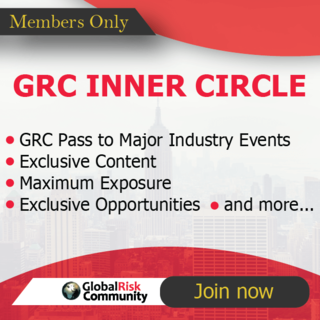