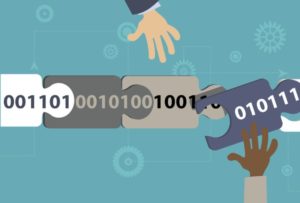 Digital identity basically makes it possible for a state or private establishment to identify an individual or an entity in the online or offline world. It can act as a vital tool that can be leveraged by governments as well as private and public organisations to identify every person and assess their actions. It helps them to meet the needs of the citizens as well as strengthen the overall efficiency at the national level.

In the unpredictable and dynamic real-life as well as cybersecurity landscape, a diverse range of security issues could arise which could lead to national threats, the loss of confidentiality, integrity and availability in the online setting, etc. These security risks could arise and compromise the existing national and social setting causing online privacy violations, terrorism, corruption, etc. Introducing digital identity would help to mitigate such security risks. It could curtail such risks by enabling the adoption of ‘privacy and security by design’ approach, supporting public engagement as well as consultation, and allowing coordinated governance and disciplined political governance. It is quite important for the policymakers and national leaders to get a clear insight into the true definition and scope of it. This article intends to help guide the policymakers, leaders, and other highly authorized individuals who handle the national operations about the National Digital Identity Framework. Apart from that, this article is also for the private and public stakeholders who are looking into the development & implementation of digital identity through a National ID.

A digital identity is a digital file of who you are with unique identifiers or attributes and these are not ID cards. For better clarity, it is the identification aspect that helps prove credibility and identity during any transaction or interaction. It is meant to be used online or in-person!

Think of below scenarios where you can prove your identity using a digital identity.

The elements required for making the national digital identity of a person are different for different countries. The country leaders, policymakers, and other responsible persons will decide upon the necessity of certain elements to prove the identity of a person who he/she claims to be and will set out the governance rules for these services.

How Is National Digital Identity Framework Helping People & Organizations Across the Globe?

As people across the globe intend to adapt to the digital economy, the country leaders are also taking an interest in implementing digital identity schemes. The need for self-sovereignty is undeniable in the current society amongst different parts of the world.

A security breach has been a very critical downfall for many companies. Due to such mishandling of data or poor security implementations, many companies and individuals have incurred financial losses. Therefore, the importance of national digital identity will help make transactions and interactions handled safely and efficiently.

The benefits of national digital identity imposed by the government and country leaders are quite diverse and are categorized in terms of users and the private sector.

The service delivery cost will also be reduced as a national digital identity will help eradicate the need for physical paperwork, manpower, and completion time. Adopting this framework will help companies lower their expenditures.

From the perspective of diverse cybersecurity aspects such as privacy, data protection, and fraud, numerous risks arise in the vast virtual setting. Exclusion is a common risk that could arise when individuals are excluded from accessing specific services. The impact of the risk would not just be restricted to the online setting but it could also lead to the marginalization of vulnerable individuals. Another major risk relates to the privacy and security aspects of individuals. The capturing, storage and application of sensitive personal data of individuals in the cyber world would require a solid and well-defined cyber security framework. Its absence could lead to data misuse or theft, fraud relating to the identity of an individual and/or discrimination.

In order to mitigate these risks there is the need to adopt a solid digital identity approach which would help to identify a person in the real-life setting and ensure that the online risks are effectively curtailed.  One of the fundamental steps is to implement the privacy and security by design model. It would help to manage the risks relating to privacy violations, and it would ensure that data is protected in a holistic manner. It must be backed by well-defined and solid legal and policy frameworks so that the digital identity system could serve the intended purpose.

Few Countries and their Adaptations of National Digital Identity

In order to better understand how things are changing across the globe associated with the national digital identity, here are few examples of some of the countries that have successfully leveraged upon the potential of this framework.

Amongst all the other countries that have adopted the national digital security framework, Estonia has one of the best-integrated systems for the same. The citizens use mobile phones for authenticating their identities and accessing the selected services. Similarly, China is also managing a very integrated national digital identification system which gives the citizens accessibility to banking, lodging, travelling, and telecommunications. The United Kingdom has also leveraged upon the potential of national digital identity for its citizens. Some of the services that have become simplified thanks to the national digital identity system are tax refunds, checking pensions, signing mortgages, and others. In Canada, the digital national identity is being distributed to different systems across the country. In Singapore it is compulsory for the citizens for getting a National Registration Identity Card. The citizens of Singapore can access their digital identity through their mobile phones for authenticating their access on behalf of the identity for online services offered by the government.

These are a few of the things that explain the importance and necessity of national digital identity for all the countries in the world. Many of them have already adapted and evolved their existing identification systems. But, there are still many countries, the leaders of which are unaware of this implementation.

This article covered the fundamental definition and potential perks of introducing digital identity by adding national ID or unique identifiers stated by the government. Before introducing a solid national digital identity model, it is necessary to address the associated risks and uncertainties and to create a solid framework to manage and govern digital identity.  Let's hope for the world to experience the perks of simplified access to the public, private, and government services.