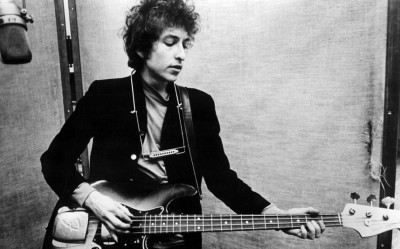 Walk the streets in the United States and many countries these days and you will see streaming crowds of people possessed by demons, masked and anonymous, whose eyes look like vacuums, staring into space or out of empty sockets like the dead, afraid of their own ghosts.  Fear and obedience oozes from them.  Death walks the streets with people on leashes in lockstep.

That they have been the victims of a long-planned propaganda campaign to use an invisible virus to frighten them into submission and shut down the world’s economy for the global elites is beyond their ken. This is so even when the facts are there to prove otherwise.  It is a clear case, as Peter Koenig tells Michel Chossudovsky in this must-see interview, that is not a conspiracy theory but a blatant factual plan spelled out in the 2010 Rockefeller Report, the October 18, 2019 Event 201, and Agenda 21, among other places.

Who can wake the sleepwalkers up in this cowardly new world where culture and politics collude to create and exploit ignorance?

Fifty-five years ago on this date, July 20, 1965, Bob Dylan released his song “Like a Rolling Stone.” It arrived like a rocking jolt into the placid pop musical culture of the day. It was not about wanting to hold someone’s hand or cry in the chapel. It wasn’t mumbo-jumbo like “Wooly Bully,” the number one hit. It wasn’t like the pop pap that dominates today’s music scene.  It wasn’t Woody Guthrie in slow time.

It beat you up.  It attacked.  It confronted you. Maybe, if you were alive then, you thought Dylan was kidding you. You thought wrong.  Bitching about his going electric was a dodge.  He was addressing all of us, including himself.

Still is. But who wants to hear his recent “Murder Most Foul” and read Dylan’s scathing lyrics about the assassination of JFK, the killing that started the slow decay that has resulted in such masked madness.  “And please, Don’t Let Me Be Misunderstood,” he tells us in capital letters for emphasis. Exactly what all the mainstream media have done, of course, and not by accident.

There are no alibis.  “How does it feel/To be on your own/with no direction home/A complete unknown/Like a rolling stone?”

It was in the mid-1960s when confidence in knowing where home was and how to get there disappeared into thin air.  If you left mommy and daddy, could you ever get back from where you were going?  Who had the directions?  Absolutes were melting and relativity was widespread.  Life was wild and the CIA was planning to make it wilder and more confusing with the introduction of LSD on a vast scale. MKUltra was expanding its scope. Operation Mockingbird was singing so many tunes that heads were spinning, as planned. The national security state killers were in the saddle, having already murdered President Kennedy and Malcolm X as they sharpened their knives for many more to come.  The peace candidate, Lyndon Baines Johnson, had been elected nine months earlier with 61.1% of the popular vote and went immediately to work secretly expanding the war against Vietnam.

War as an invisible virus.  Who knew?  Who, but a small anti-war contingent, wanted to know?  War takes different forms, and the will to ignorance and historical amnesia endure. War is a disease. Disease is weaponized for war. In 1968 Richard Nixon was elected on a “secret plan” to end the Vietnam War and then ramped it up to monstrous proportions, only to be reelected in 1972 by carrying 49 out of 50 states.

Once Upon a Time Never Comes Again: Bob Dylan, a Masked Man in Search of Redemption?

Who wants to know now?  The historian Howard Zinn once said correctly that this country’s greatest problem wasn’t disobedience but obedience.

What’s behind the masks?  The lockstep?

On the same day that Dylan released “Like a Rolling Stone,” Secretary of Defense Robert McNamara, just back from a “fact-finding” trip to Vietnam, recommended to LBJ that U.S. troop levels in Vietnam be increased to 175,000 and that the U.S. should increase its bombing of North Vietnam dramatically.  This was the same McNamara who, in October 1963, had agreed with JFK when he signed NSAM 263 calling for the withdrawal of 1,000 military personnel from Vietnam by the end of 1963 and the remainder by the end of 1965.  One of the moves that got Kennedy’s head blown open.

Poor McNamara, the fog of war must have clouded his conscience, confused the poor boy, just like Secretary of State Colin Powell holding up that vile vial of “anthrax” at the United Nations on February 5, 2003 and lying to the world about weapons of mass destruction in Iraq.

Powell recently said, “I knew I didn’t have any choice. He’s the President.”  How “painful,” to use his word, it must have been for the poor guy, lying so that so many Iraqis could be slaughtered.  Of course, he had no choice.  These war criminals all wear masks. And have no choice.

Masks, or demonic possession, or both.  You?

Also in that fateful year 1965, far out of sight and out of mind for most Americans, the CIA planned and assisted in the slaughter of more than a million Indonesians, led by their man, General Suharto.  This led to the coup against President Sukarno, who two years earlier had been on good terms with JFK as they worked to solve the interrelated issues of Indonesia and Vietnam.  Their meeting planned for early 1964 was cancelled in Dallas on November 22, 1963.

And the politicians and media luminaries came out in their masks and told the public that communists everywhere were out to get them.

It’s tough being on your own.  It hurts to think too much.  Or think for yourself, at least.  To obey an authority higher than your bosses.  “I was tricked” is some sort of mantra, is it not?

You never turned around to see the frowns on the jugglers and the clowns.

When they all did tricks for you

Dylan was lost and disgusted when he wrote the song. His own music sickened him, which, for an artist, means he sickened himself. He had just returned from a tour of England and was sick of people telling him how much they loved his music when he didn’t.  He needed to change.

What else is the point of art but change?  If you’re dead, or afraid of getting dead, you aren’t going to change.  You’re stuck. Stuck is dead.  Why wear a mask if you know who you are?

Knowledge, or more accurately, pseudo-knowledge or mainstream media lies, is a tomb “the mystery tramp” sold to us, a place to hide to avoid pain and guilt.

I have read more books than anyone I know.  It sickens me.

I know too much.  That sickens me.

I sicken myself. All the news sickens me.

I know so much no one believes me.

As Francesco Serpico once told me: “It’s all lies.”

Of course.  Dylan and Serpico are blood brothers.

Not bullshit pop art.  Some say “Like a Rolling Stone” is about Edie Sedgwick, “the girl of the year” in 1965 and one of Andy Warhol’s superstars. Perhaps to a degree it is, but it’s far more than that.  It’s about us.

Poor Edie was poisoned by her wealthy family at a young age and barely had a chance.  She was an extreme example of a rather common American story. People poisoned in the cradle. Thinking of her got me thinking of Andy Warhol, the death obsessed hoarder, the guy who called his studio “The Factory” in a conscious or unconscious revelation of his art and persona, his wigs and masks and the hold he has had on American culture all these years.  Isn’t he the ultimate celebrity?

Warhol once took my photo on a deserted street.  His and my secret but this is the truth.  West 47thStreet on an early Sunday morning, 1980.  I guess he thought he was doing art or collecting images for his museum of dead heads. When I asked him why, he said I had an interesting face.  I told him he did too, rather transparent and creepy, but I didn’t want to capture him. He was a ghost with a camera, a face like a death mask, trying to capture a bit of life.  I told him I didn’t give him permission to shoot me, but he turned and walked away into the morning mist.  The shooters always just walk away in pseudo-innocence.

I then went down the street to the Gotham Book Mart that was my destination and asked James Joyce why he had written “The Dead,” and Joyce, secretive as ever, quoted himself, “Ed,” he said, “Think you’re escaping and run into yourself.  Longest way round is the shortest way home.”  Now that was direction.

Only those who know how to play and be guided by intuition are able to escape the living tomb of so-called knowledge; what Dylan called, lifelessness.  But that was from “Desolation Row,” released as the closing track of Highway 61 Revisitedon August 30, 1965.  The only acoustic song on the album.  Slow it down to make the point another way.  “Like a Rolling Stone” was the opening track.

Do you feel all alone or part of a masked gang roaming the streets incognito? Miss and Mr. Lonely, does that mask help?  How do you feel?

Does that mask help?  Do you feel alone together now, one of the crowd?

Do you really want to know about desolation row? It’s here. It was here in 1965, too. Only the true lonely know how it feels to really be all alone.

The Umbrella People, those who some call the deep state or secret government under whose protection all the politicians work, say they want to protect us all from death and disease.  They are lying bastards who’ve gotten so many to imitate their masked ways.  They can only sing a mockingbird’s song.

Listen to real singers. Dylan has arched the years, as true artists do. Who has paid close attention to what he said this year about the assassination of President Kennedy in his song, “Murder Most Foul”? Or were many caught up in the propaganda surrounding corona virus, and rather than contemplating his indictment of the U.S. government and its media accomplices, were they contemplating their navels to see if a virus had secreted itself in there. Viruses lurk everywhere, they say, and the corporate media made certain to circulate a vaccine about the truth in Dylan’s song.  This is normal operating procedure.

We are on still on Desolation Row.

“Take Off the Masks.”  That was the title of a book by Rev. Malcolm Boyd that I reviewed long ago. He was a gay priest who decided that his mask was a lie.  He came out into the light of truth.  He had guts.

It is time for everyone to take off the masks. Escape from Desolation Row by seeing what’s going on behind our backs.

Listen to Dylan, long ago – today:

Praise be to Nero’s Neptune
The Titanic sails at dawn
Everybody’s shouting
“Which side are you on?”

Distinguished author and sociologist Edward Curtin is a Research Associate of the Centre for Research on Globalization. Visit the author’s website here.