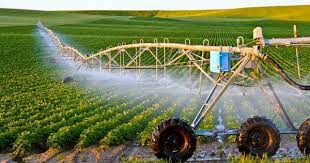 The emergence of modern farming has started to deal with agricultural innovation and farming practices to help farmers increase their productivity and decrease the number of natural resources such as water, land, and electricity. The oldest and most essential occupation in the world is farming. In ancient time, people started agriculture and farming and these were their main sources of food. After so many years, several innovations and technological improvements have changed the method and procedure of farming to produce more resources for the population. At present days, it seems to be difficult for mankind to move toward food issues. The resources are becoming less available to us as humans are exploiting them. In modern days, mankind is currently facing some environmental problems, thus environmental specialists think soil fertility has been decreasing rapidly and that would have a huge negative impact on the production of food. The second issue is the global population which is increasing every year. Therefore, according to an expert, our recent agricultural system will be unable to grow enough food to feed the population. Thus, global food production must increase by 70% of food products by 2050 to meet the population demand.

However, modern farming has improved the production of food and its sustainability. Later, it produced more biofuels as well. The new agricultural technique is providing verities of hybrid seeds, fertilizers, and pesticides. It has also contributed to some issues related to the environment that has also impacted the climate such as contamination of water, waterlogging, and soil fertility. Global business regarding agricultural production sectors provides facilities such as production, selling, and safety, to fulfill the demand of customers' needs. Modern techniques of farming have already played a vital role in developed countries such as India, China, and Indonesia among others. Thus, agricultural production can be increased rapidly by several businesses in farming and agriculture.

New improved technologies for agricultural use such as robotic harvesters, automatic pesticide sprayers, automatic tractors (driverless), and others are being produced for the benefit of farmers. Thus, the main focus of the agricultural business is to grow overall agricultural productivity and advertise farmers’ activities. The goal of the business is to decrease production costs and increase profits for farmers, who often suffer from unpredictable weather and the condition of market prices as it fluctuates sometimes due to shifts in economic conditions.

However, in India old –fashioned farming methods such as the plow and animals are still used in various provinces. However, farmers do not use pesticides or any kind of chemicals; therefore, the farms and crops remain natural and also grow naturally. As a large number of Indians have become health conscious, thus foods grown by the traditional farming procedure are still rising in demand. Besides these traditional methods, there are other modern technological methods used by several regions and countries. These modern farming techniques are Aeroponics systems, Aquaponics, Hydroponics, and Monoculture. Commercial Farming is another modern method that is used by farmers at present days. However, a cash crop is a type of agricultural crop that is grown to sell only for profit and it is generally purchased by clients or customers separately from farms. Countries such as U.S and Canada have modern farming techniques. Wheat is the most cereal grain produced in Kansas, Nebraska, South and North Dakota and in some of the Canadian provinces as well. The reduced tillage technique is used to allow more plants to remain on the soil, thus it protects them from the damage of both wind and water flow.