More recently, JP Morgan introduced the K-shaped recovery curve, which paints a more realistic, yet unpleasant, picture. As per their analysis, the covid-19 recovery path bifurcates in two directions: large firms and public-sector institutions with direct access to government and central bank stimulus packages will make some areas of the economy recover fast but leave others out. Those that get left out are the usual whipping boys: small and medium-sized enterprises (SMEs), blue-collar workers, and the dwindling middle class.

The quandary of economic pollution 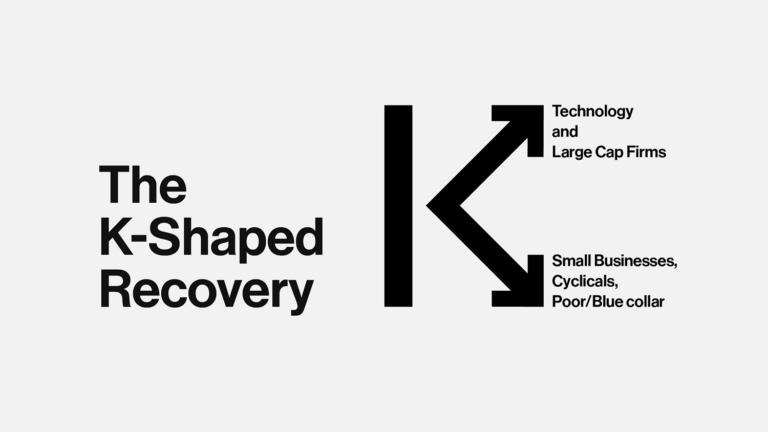 Misallocation of stimulus funds or emergency subsidies makes some areas of the economy recover fast but leaves out others. In economics, this is known as The Cantillion Effect, which refers to the change in relative prices resulting from a change in the money supply. When liquidity is injected into the market, there are distributional consequences that operate through the price system. Prices act as viable signals, as relative price changes occur because the change in money supply has a specific injection point, and therefore a specific flow-path through the economy.

If the injected liquidity or subsidies go toward specific industries or market players, it leads to greater inequality, dips in demand curves, and increasing levels of unemployment and private debt. As unemployment and private debt levels increase, so do defaults. And if the institutions that issue the debt are “too big to fail,” then the defaults they incur result in government bailouts, effectively converting private debt into public debt. This phenomenon was given the term “economic pollution” by Adair Turner, ex-chairman of the Financial Services Authority, and was one of the primary forces behind the 2008 crisis.

If we look at changes in employment levels and prices since the beginning of the pandemic, we start seeing the manifestation of the K shape. Considering that SMEs account for 66.4% of employment in the EU-28 and are significant contributors to economic activity (small businesses generate 44% of US economic activity), we need to acknowledge that a K-shaped recovery is a rising tide that sinks all boats.

But acknowledgment without action is a waste of time. And the time to act is now, as the K-shape seems to be gaining acceleration. A recent Yelp Economic Average report shows that while some businesses are reopening, many remain closed. As the recessionary environment continues to simmer, it also makes the recovery curve lethargic. The higher the level of unemployment in a recession, the longer the recovery curve—and this crisis is going to have an exceptionally long recovery curve.

Given the urgency of the situation, the focus needs to be on tempo. Waiting for government policies to ensure proper capital allocation, or better supply-side economic policy changes—like less red-tape for opening a business or less tax burden—is a luxury most businesses and workers simply do not have. The working capital of businesses needs to be propped up via sales as security comes from revenue streams. It is here that technology plays a crucial role, as it acts as a key enabler of productivity growth and new revenue streams when leveraged intelligently.

For example, as an increasing number of office workers began working online, the virtual conferencing platform Zoom experienced an unprecedented increase in traffic—a challenge their data centers were not suited for. Thankfully, as their entire business had migrated to the cloud, their partnership with Amazon Web Services (AWS) allowed them to address this challenge. CEO Eric Yuan told Forbes: “We had a 20X increase in [annual meeting minutes] run rate, from 100 billion at the end of January 2020 to over 2 trillion meeting minutes in April 2020 … Scaling capacity to meet this increase in traffic and use cases, while providing reliable, uninterrupted, and high-quality services for our customers … could not have done it without relying on our [cloud] partners. When the crisis started, our own data centers could not scale fast enough … fortunately, our partner AWS … was able to respond quickly by provisioning the majority of the new servers we needed, sometimes adding several thousand a day for several days in a row.”

Not only could Zoom respond to a growing need, but its flexible cloud-based operating model also led to a steep acquisition of paying customers. It’s not just purely tech firms that can benefit from the smart use of technology and partners who understand their needs. As the pandemic unrolled, Texas retail giant H-E-B used data from Chinese and European retailers who were further along the covid curve, to determine what the emerging needs of consumers would be, revamped their supply chains to respond to upcoming demand shifts, and partnered with local restaurant suppliers and other disrupted businesses to fill gaps in stock and distribution. Not only were they able to respond to new needs, but by partnering with local firms, they were able to create new supply chains that benefit the local economy. A win-win scenario that stemmed from data analysis.

Fighting the K-shaped curve via a tech-led strategy

Whether it involves robotic process automation, AI that is fed on multivariate data, or augmented reality to increase sales on Facebook and Instagram shop, almost every business today is now a tech business. Being able to use technology to address concerns that are not being addressed by government stimulus packages is the first and crucial step in ensuring that businesses can remain operational and shorten the unemployment recovery curve seen above.

On a more strategic and practical level, we offer the following insights that can act as guidelines of continuous adaptation to the multiple new normals we will see as the future unrolls:

The importance of using technology as a lever of adaptation and survival is going to become increasingly important as covid-19 instigates changes in consumer preferences and increases their use of digital platforms. If before technology was seen quasi-exclusively as the panacea of all troubles, it may be time just now to collectively design it toward solutions of which we are in dire need.

Kariappa Bheemaiah is Chief Technology and Innovation Officer at Capgemini Invent. Mark Esposito is an economist with appointments at Hult International Business School, Arizona State University, and Harvard University, and co-founder of Nexus FrontierTech. Terence Tse is a professor of finance at ESCP Business School and co-founder of Nexus FrontierTech.