By Renee Dudley and Daniel Golden 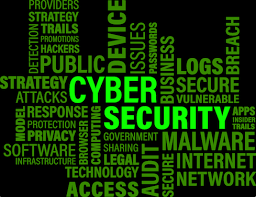 Five months before DarkSide attacked the Colonial pipeline, two researchers discovered a way to rescue its ransomware victims. Then an antivirus company’s announcement alerted the hackers.

On January 11, antivirus company Bitdefender said it was “happy to announce” a startling breakthrough. It had found a flaw in the ransomware that a gang known as DarkSide was using to freeze computer networks of dozens of businesses in the US and Europe. Companies facing demands from DarkSide could download a free tool from Bitdefender and avoid paying millions of dollars in ransom to the hackers.

But Bitdefender wasn’t the first to identify this flaw. Two other researchers, Fabian Wosar and Michael Gillespie, had noticed it the month before and had begun discreetly looking for victims to help. By publicizing its tool, Bitdefender alerted DarkSide to the lapse, which involved reusing the same digital keys to lock and unlock multiple victims. The next day, DarkSide declared that it had repaired the problem, and that “new companies have nothing to hope for.”

“Special thanks to BitDefender for helping fix our issues,” DarkSide said. “This will make us even better.”

DarkSide soon proved it wasn’t bluffing, unleashing a string of attacks. This month, it paralyzed the Colonial Pipeline Co., prompting a shutdown of the 5,500-mile pipeline that carries 45% of the fuel used on the East Coast—quickly followed by a rise in gasoline prices, panic buying of gas across the Southeast, and closures of thousands of gas stations. Absent Bitdefender’s announcement, it’s possible that the crisis might have been contained, and that Colonial might have quietly restored its system with Wosar and Gillespie’s decryption tool.

Instead, Colonial paid DarkSide $4.4 million in Bitcoin for a key to unlock its files. “I will admit that I wasn’t comfortable seeing money go out the door to people like this,” CEO Joseph Blount told the Wall Street Journal.

The missed opportunity was part of a broader pattern of botched or half-hearted responses to the growing menace of ransomware, which during the pandemic has disabled businesses, schools, hospitals, and government agencies across the country. The incident also shows how antivirus companies eager to make a name for themselves sometimes violate one of the cardinal rules of the cat-and-mouse game of cyberwarfare: Don’t let your opponents know what you’ve figured out. During World War II, when the British secret service learned from decrypted communications that the Gestapo was planning to abduct and murder a valuable double agent, Johnny Jebsen, his handler wasn’t allowed to warn him for fear of cluing in the enemy that its cipher had been cracked. Today, ransomware hunters like Wosar and Gillespie try to prolong the attackers’ ignorance, even at the cost of contacting fewer victims. Sooner or later, as payments drop off, the cybercriminals realize that something has gone wrong.

Whether to tout a decryption tool is a “calculated decision,” said Rob McLeod, senior director of the threat response unit for cybersecurity firm eSentire. From the marketing perspective, “You are singing that song from the rooftops about how you have come up with a security solution that will decrypt a victim’s data. And then the security researcher angle says, ‘Don’t disclose any information here. Keep the ransomware bugs that we’ve found that allow us to decode the data secret, so as not to notify the threat actors.’” In a post on the dark web, DarkSide thanked Bitdefender for identifying a flaw in the gang’s ransomware. (Highlight added by ProPublica.)

Wosar said that publicly releasing tools, as Bitdefender did, has become riskier as ransoms have soared and the gangs have grown wealthier and more technically adept. In the early days of ransomware, when hackers froze home computers for a few hundred dollars, they often couldn’t determine how their code was broken unless the flaw was specifically pointed out to them.

Today, the creators of ransomware “have access to reverse engineers and penetration testers who are very very capable,” he said. “That’s how they gain entrance to these oftentimes highly secured networks in the first place. They download the decryptor, they disassemble it, they reverse-engineer it, and they figure out exactly why we were able to decrypt their files. And 24 hours later, the whole thing is fixed. Bitdefender should have known better.”

It wasn’t the first time Bitdefender trumpeted a solution that Wosar or Gillespie had beaten it to. Gillespie had broken the code of a ransomware strain called GoGoogle, and was helping victims without any fanfare, when Bitdefender released a decryption tool in May 2020. Other companies have also announced breakthroughs publicly, Wosar and Gillespie said.

Regardless, he said, Bitdefender decided to publish its tool “because most victims who fall for ransomware do not have the right connection with ransomware support groups and won’t know where to ask for help unless they can learn about the existence of tools from media reports or with a simple search.”

Bitdefender has provided free technical support to more than a dozen DarkSide victims, and “we believe many others have successfully used the tool without our intervention,” Botezatu said. Over the years, Bitdefender has helped individuals and businesses avoid paying more than $100 million in ransom, he said.

Bitdefender recognized that DarkSide might correct the flaw, Botezatu said: “We are well aware that attackers are agile and adapt to our decryptors.” But DarkSide might have “spotted the issue” anyway. “We don’t believe in ransomware decryptors made silently available. Attackers will learn about their existence by impersonating home users or companies in need, while the vast majority of victims will have no idea that they can get their data back for free.”

The attack on Colonial Pipeline, and the ensuing chaos at the gas pumps throughout the Southeast, appear to have spurred the federal government to be more vigilant. President Joe Biden issued an executive order to improve cybersecurity and create a blueprint for a federal response to cyberattacks. DarkSide said it was shutting down under US pressure, although ransomware crews have often disbanded to avoid scrutiny and then re-formed under new names, or their members have launched or joined other groups.

“As sophisticated as they are, these guys will pop up again, and they’ll be that much smarter,” said Aaron Tantleff, a Chicago cybersecurity attorney who has consulted with 10 companies attacked by DarkSide. “They’ll come back with a vengeance.”

"People are desperate for a news mention, and big security companies don’t care about victims."

At least until now, private researchers and companies have often been more effective than the government in fighting ransomware. Last October, Microsoft disrupted the infrastructure of Trickbot, a network of more than 1 million infected computers that disseminated the notorious Ryuk strain of ransomware, by disabling its servers and communications. That month, ProtonMail, the Swiss-based email service, shut down 20,000 Ryuk-related accounts.

Wosar and Gillespie, who belong to a worldwide volunteer group called the Ransomware Hunting Team, have cracked more than 300 major ransomware strains and variants, saving an estimated 4 million victims from paying billions of dollars.

By contrast, the FBI rarely decrypts ransomware or arrests the attackers, who are typically based in countries like Russia or Iran that lack extradition agreements with the US. DarkSide, for instance, is believed to operate out of Russia. Far more victims seek help from the Hunting Team, through websites maintained by its members than from the FBI.

You can download the entire article in the bellow link: