The Essence of Strategy in Business, Government and Education

is Not Beating your Competitors (WAR), but to

Video: The Dangers of Nuclear War 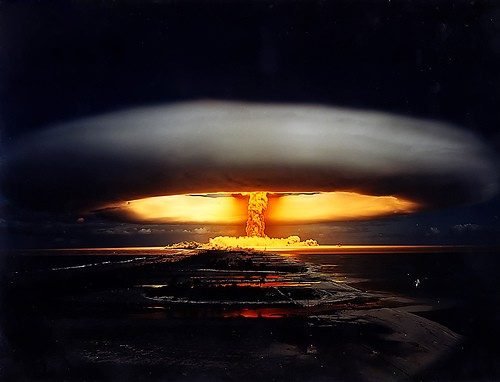 Of relevance to recent developments, this article and video presentation were first published seven years by Global Research on January 2, 2015.

The threat of nuclear war is real.

The dangers of nuclear war are not an object of debate and analysis by the mainstream media.

Public opinion is carefully misled. ” All options on the table”.

Did you know that tactical nuclear weapons or so-called mininukes (B61-11 and the more recent B61-12) with an explosive capacity between one third and six times a Hiroshima bomb are considered, according to scientific opinion, on contract to the Pentagon as “harmless to the surrounding civilian population because the explosion is underground”.

While one can conceptualize the loss of life and destruction resulting from present-day wars including Iraq and Afghanistan, it is impossible to fully comprehend the devastation which might result from a Third World War, using “new technologies” and advanced weapons, until it occurs and becomes a reality.

The international community has endorsed nuclear war in the name of world peace.

“Making the world safer” is the justification for launching a military operation which could potentially result in a nuclear holocaust, threatening the future of humanity.

Nuclear war has become a multibillion dollar undertaking, which fills the pockets of US defense contractors. What is at stake is the outright “privatization of nuclear war”.

The Pentagon’s global military design is one of world conquest. The military deployment of US-NATO forces is occurring in several regions of the world simultaneously.

Central to an understanding of war, is the media campaign which grants it legitimacy in the eyes of public opinion. A good versus evil dichotomy prevails. The perpetrators of war are presented as the victims. Public opinion is misled.

Breaking the “big lie”, which upholds war as a humanitarian undertaking, means breaking a criminal project of global destruction, in which the quest for profit is the overriding force. This profit-driven military agenda destroys human values and transforms people into unconscious zombies.