The World Health Organization claims that one in every four couples in emerging economies was disturbed by infertility. The organization also notes that elevated levels of clinically severe symptoms of depression and anxiety, suicidal thoughts, and a heavy conceptualization of sadness can affect male infertility problems. Male infertility is due to poor sperm production, irregular sperm activity, or blockages that block sperm delivery. Illnesses, accidents, chronic health problems, lifestyle choices, and other factors can play a role in causing male infertility. 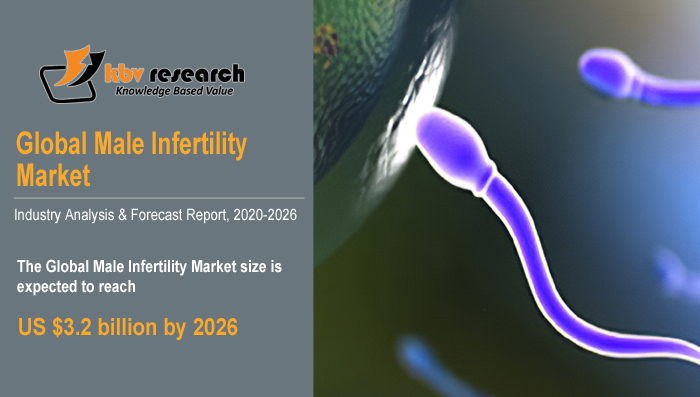 What is male infertility?

As per the World Health Organization and the International Committee Monitoring Assisted Reproductive Technologies (ICMART), pregnancy failure is characterized as clinical infertility if pregnancy is not confirmed after 12 months or more. Although either one or both of the partners can contribute to the reproductive challenges of the couple, male infertility, such as female infertility, is a clinical diagnosis that can only be confirmed after formal assessment and testing.

How prevalent is this problem and why?

One in eight couples has difficulty getting pregnant or delivering a child. Approximately one-third of infertility is attributable to the female partner, one-third is attributed to the male partner and one-third is due to a combination of issues with both partners or is unknown.

Male infertility is more common in areas with high rates of environmental contamination, including water, pesticides, and herbicides. Recent population studies have shown that sperm counts have typically decreased even though infertility has not increased significantly.

Making mature, healthy sperm that can travel depends on a lot of factors. Problems can prevent cells from becoming sperm and prevent the sperm from entering the egg. Even the temperature of the scrotum can affect fertility. Inherited disorders such as Klinefelter syndrome — where a male is born with two X chromosomes and one Y chromosome (instead of one X and one Y)—provoke abnormal male reproductive organ development. Many hereditary infertility-related syndromes include cystic fibrosis, Kallmann syndrome, and Kartagener syndrome.

Sperms are made in the testicles, and then they spend two to ten days going through a series of small tubes called the epididymis, where they develop and enter a larger tube called the vas deferens. The vas deferens helps to empty the sperm into the ejaculatory duct, where it is combined with seminal fluid from the seminal vesicles and the prostate gland.

The health care professional studies the sperm volume, count, concentration, movement, and structure. The quality of the sperm tells a lot about the ability to conceive. Lack of fructose (sugar) in a sperm-free sample can mean that no seminal vesicles are present. Or it can mean that the ejaculatory duct is blocked.

DNA is the genetic material of humans and other organisms and consists of two long chains, DNA strands, coiled around each other, each consisting of sugars and phosphate. The DNA information is then processed as a code made up of four groups of molecules called bases, which are bound to DNA strands like rungs on a ladder. Although all humans have the same bases, the order of these bases determines the information available to build and maintain an organism. Much because various sequences of letters produce different words and phrases, the particular sequence of these bases makes the DNA distinctive.

Sperm DNA fragmentation occurs when there is a difference in the foundation or a physical split in one or more of the DNA strands of the chromosomes in the sperm. Successful embryo development requires undamaged egg and sperm DNA. Studies have shown that sperm DNA damage is more severe in infertile men and can lead to poor reproductive outcomes. A large proportion of people with infertility were also found to have increased DNA fragmentation despite having good semen analysis tests. These associations led to the testing of DNA integrity as another method for assessing fertility potential.

Increased demand for Assisted Reproductive Technologies [ART] is the most important reason for increasing income for male infertility worldwide. Assisted Reproductive Technologies [ART] assists males suffering from low sperm counts, sperm with reduced motility, or no sperm counts. In addition, a higher percentage of achievements related to medicine and improvement in expertise is expected to raise demand in the immediate future. It stimulates the growth of the market.

Growth factors include an increasing number of cases of infertility due to obesity, increasing stress, and pollution, an increasing number of smokers, fertility-threatening treatments such as chemotherapy, and a favorable regulatory framework. The removal of the experimental tag from egg freezing by the American Society for Reproductive Medicine (ASRM) is also expected to accelerate demand. Standardization of practices by automation, regulatory reforms, and government support for egg/sperm storage are some of the factors leading to the IVF industry. The government offers funds for experiments that will help patients with improved success rates and economical costs.

The male infertility market is projected to rise faster owing to lifestyle changes, environmental impacts, increased incidence of cases of infertility, the number of obese persons, and the growing consumption of alcohol and drugs. According to the World Health Organization (WHO), 1.9 million obese and 600 million individuals globally have been diagnosed as overweight.