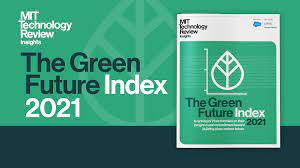 A ranking of 76 economies on their progress and commitment toward building a low-carbon future.

In terms of tackling the global climate emergency, 2020 may come to be seen as a defining moment, when global events catalyzed governments, businesses, and citizens into taking decisive steps to bring carbon emissions under control and giving hope that global warming might be limited to 1.5 to 2 °C compared with pre-industrial levels.

Nature’s shock-and-awe campaign is working. Wildfires, storms, and flooding have devastated lives and livelihoods in rich and poor countries, with the top 10 natural disasters of 2019 generating losses of around $140 billion.1

The most spectacular display of nature’s force was covid-19, which on one hand raised awareness about the interconnection of biodiversity and habitats with the climate, human health, and global prosperity, and on the other created a unique set of circumstances that allowed governments to focus on rebuilding their economies through investment in clean technology, infrastructure, transport, and industry.

The Green Future Index is a ranking of 76 leading nations and territories based on their progress and commitment toward building a low-carbon future, taking into account efforts to curb emissions made in recent years as well renewed policy commitments toward carbon neutrality and the degree to which pandemic recovery packages are targeting green industries. The index consolidates scores given to each country or territory across five pillars: carbon emissions, energy transition, green society, clean innovation, and climate policy. The key findings are as follows:

• Europe provides 15 of the top 20 countries in the index. In the first place is Iceland, which aims to be carbon neutral by 2040. Iceland has become a world leader in clean energy production and carbon capture technology.

In December 2020, Denmark (2nd) became the largest producer of hydrocarbons in Europe to stop issuing new oil and gas exploration licenses, with the aim of eliminating fossil fuel-related businesses by 2050.2 Norway (3rd) is also striving to decouple its economy from fossil fuels.

• Non-European countries in the top 20 include Costa Rica (7th) and New Zealand (8th). Both have made major strides with renewables and have world-leading programs for decarbonization across industry and agriculture.

Elsewhere, Canada (14th), Singapore (16th), and Uruguay (20th) have strategies for decarbonization, transitioning energy sources, and government-led initiatives to promote green living, such as Singapore’s Zero Waste Masterplan, which includes reducing waste sent to the country’s only landfill by 30% between now and 2030.3

• Countries ranked from 21 through 40 forms “the greening middle.” India (21st), despite having a high rate of emissions growth, is also quickly adopting renewable energy and has built some of the world’s largest solar plants. Morocco (26th), South Korea (31st), and Israel (38th) have ambitious climate policies and are poised to improve their scores in coming years.

Others, including Colombia (25th) and Australia (35th), have climate change agendas, but these are at odds with their economies’ hydrocarbon dependency. The United States (40th) has reduced emissions over recent years and is responsible for nearly a fifth of the world’s green patents yet is struggling to move away from fossil fuels and carbon-intensive agriculture.

• At the bottom of the index are “climate laggards” and “climate abstainers.” The laggards include South Africa (47th), Vietnam (49th), and Indonesia (57th), where the pressure to develop the economy is running counter to decarbonization agendas. Japan (60th) has a goal to be carbon neutral by 2050, although the government still has low targets for its transition toward renewable energy.

The 16 “abstainer” countries at the bottom include petrostates (Saudi Arabia, Iran, and Qatar), rich territories without a sustainable development policy (Hong Kong), and Russia, a country that largely sees decarbonization as an existential threat to its economic progress.

You can download the entire report in the bellow link: