Chocolate is one of the most popular sweet treats in the world. Citizens around the world (but mainly in Europe and the United States) eat more than 3 million tons of cocoa beans each year, as per the World Cocoa Foundation. Chocolate is produced from the fruit of Theobroma coffee, a tropical tree whose name means "food of the gods" in Greek. Fine chocolate is classified into three categories: dark chocolate, milk chocolate, and white chocolate. 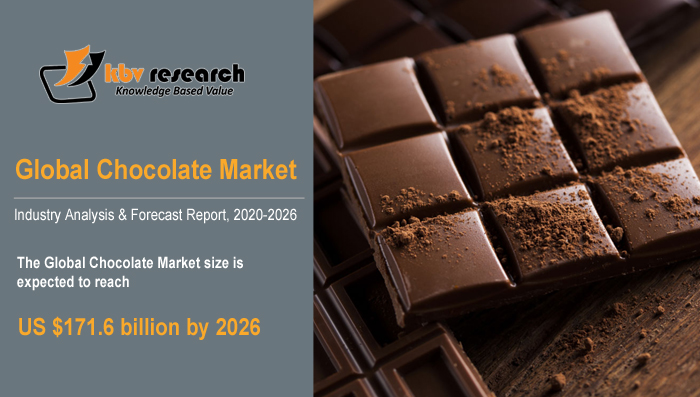 All that you need to know about chocolate:

Where does the origin of chocolate come from?

Theobroma cacao trees belong to the Amazon and Orinoco river basins in South America. The trees are broadly distributed from southeastern Mexico to the Amazon River. They thrive in hot, humid areas about 20 degrees below the equator. As the popularity of chocolate increases, growers have developed plantations in other areas, such as West Africa and South and Southeast Asia. Today, Ghana, Nigeria, Indonesia, and Brazil account for 79% of the world's cacao supply.

How is chocolate made?

Cocoa beans, which form the basis of chocolate, are the seeds from the fruit of the cocoa tree, which mainly grows in tropical areas near the equator. The seeds emerge in a pod-like fruit and are covered with juicy white pulp.

In order to make chocolate, the cocoa farmers crack the pods, scoop out the seeds, ferment and dry them. Beans are shipped to factories all over the world, where the manufacturers inspect and clean them, then roast and grind them in dense liquid called chocolate liquor. More pressing, mixing, rolling with sugar and other ingredients, and heating and cooling finally produce this delicious treat.

Cacao seeds are picked by hand because, according to Cornell, machines could damage the trees. Workers remove the orange pods before they're ripe, and then release them with a machete. The seeds are placed in large fermentation trays, stacked and coated with banana leaves, where they are left for two to seven days. The fermentation produces the flavor and aroma of chocolate. It also destroys the embryo of the seed, prevents unwanted germination, and causes the white pulp to fall away from the seeds.

Traditional types of chocolates and their emerging trends

Milk Chocolate is the most commonly available type of chocolate which identifies a particular type with certain percentages. It starts with solid chocolate and then adds milk in a liquid, powdered or condensed form. The cocoa requirement varies per region with the US only needing 10% cocoa, while the EU requires 25%. Milk Chocolate has a creamier, milder flavor that is very common in the United States. Most chocolate bars are made from a chocolate milk base.

White chocolate, like milk chocolate, contains a large amount of milk and added sugar. The difference, nevertheless, is that there is no solid cocoa in white chocolate. The only cocoa product to be used is cocoa butter. This gives the chocolate its white color because there are no solids involved in the production process. White chocolate must also contain at least 20% cocoa butter to be considered a chocolate product. It contains a sweeter, milder taste than milk and dark chocolate, and uses extra ingredients, like vanilla, for added flavor.

Several recent studies have examined the role chocolate can play in the health of the heart. Cacao beans are full of phytonutrients that serve as antioxidants and have added benefits. In addition, cocoa beans are rich sources of iron, copper, magnesium, zinc, and phosphorus. Dark chocolate contains two to three times more beneficial flavanols than milk chocolate because the cocoa concentration of milk chocolate is diluted with milk and possibly more sugar.

At two servings a week, protective benefits against diabetes emerged, but the protection disappeared if people had more than six servings a week. Chocolate can also help to prevent the development of atrial fibrillation, a type of irregular heartbeat that raises the risk of heart disease, stroke, and more. A study published in the journal Heart in 2017 showed that adults that consumed chocolate at least once a month had a risk of atrial fibrillation of between 10% and 20% lower than those who never or rarely ate chocolate.

Some of the significantly prevalent trends of the chocolate industry:

The rise of organic and clean labeling has swept markets around the broader food and beverage landscape. The effect of the trend of organic and clean labeling is also palpable among dark chocolate makers, with competition for premium and organic products at their peak. Manufacturers often focus on adding natural sweeteners, such as stevia and coconut sugar, to put their products into a consumer base that is fully conscious of the nutritional options they make.

A strong focus on consistency has ensured that producers are now focused on including exclusive cocoa beans from Latin American countries. Since the purchase of these premium ingredients from far away countries increases the price of the finished product, the growing demand for gourmet chocolate by customers is paying off the dividend.

Boxed Assortments are driving the chocolate market. There is still plenty of room for chocolate consumption in other areas of the world to expand relative to the much-vaunted regions. With more top international chocolate makers entering the market, their growth engines rely heavily on the high-end and super-high-end segments, where sales rose as a result of the rapid increase in overall consumption.

Protective effects against diabetes emerged at two servings a week, but that benefit disappeared if people had more than six servings a week. Chocolate may also help prevent the development of atrial fibrillation, a type of irregular heartbeat that increases the risk of heart failure, stroke, and more. A study, published in the journal Heart in 2017, found that adults who ate chocolate at least once a month had 10 to 20 percent lower rates of developing atrial fibrillation than those who never or rarely ate chocolate.

The chocolate market is dependent on the buying behavior of customers. Consumers in the store may not be shopping specifically for confectionery goods such as chocolates. However, similar confectionery products shown at popular places draw shoppers' attention and cause an impulse to buy behavior in them. Increased consumer income rates and rising habits are the main drivers in boosting consumer sales.

Children and adults tend to buy chocolates regardless of their economic condition, as chocolates are tied to spontaneous transactions and are associated with incentives and moments of pleasure. The color and packaging of chocolates have a significant part to play in their buying. Attractive packaging and color help the manufacturer to get a prompt, spontaneous response from consumers. Purple was listed as the most popular color accompanied by red and blue to promote the buying of chocolate products. Due to the emerging trends associated with the consumption of chocolate across the globe.