Twice as Many Deaths in Lockdown England Compared to Free Sweden

Twice as Many Deaths in Lockdown England Compared to Free Sweden 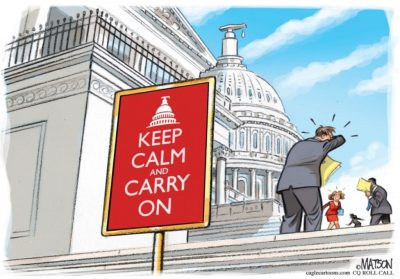 The graph below is from the UK’s Office of National Statistics. The darker line represents England; the lighter is Sweden. The graph compares all-cause mortality between the two lands based on how many people died per 100,000 (hence it’s relative regardless of the population of each country). This isn’t just people who supposedly died from COVID—it’s people who died from all kinds of diseases, injuries and old age.

First, you can see that both countries were showing a slight decline in deaths over the last five years. Secondly, we can also see that less people were dying in Sweden than England. Thirdly, the jagged nature of the graph illustrates how more people die in the winter months.

Fourthly is where the new normal kicks in: A few months into 2020 (when the lockdowns began) both countries saw a sudden and sharp rise in deaths; but England’s peak was at least twice that of Sweden. Clearly a higher percentage of people have dropped dead in England than Sweden.

Why Sweden Has Already Won the Debate on COVID ‘Lockdown’ Policy

Sweden of course had very little containment measures in place. Social distancing was done on a volunteer basis. There was no lockdown. Nursing homes were belatedly put into quarantine. England, on the other hand, went into full lockdown mode with police drones trailing joggers with a timer clicking away their allotted exercise ration.

The above graph sure does suggest that Sweden’s lack of restrictions did not hurt its population. The country’s winter death toll was not much higher than in 2015, 2017 and 2018.

On the other hand, despite lockdown, masks, and a social distancing police state, England saw about double the number of deaths it usually sees at that time of the year. The UK government might argue it would have been even worse if they hadn’t gone into lockdown mode, but then why did Sweden fair so much better?

As studies have shown, there are many reasons to conclude that locking people up, scaring them out of their minds, and destroying their livelihood is quite harmful to their health.

“Danger and strife are the natural states of man. He, who deprives his fellow man of them, and shuts his fellow man safely within walls, hath made his brother a chattering ape,” wrote Taylor Caldwell in The Earth is the Lord’s.

John C. A. Manley has spent over a decade ghostwriting for medical doctors, as well as naturopaths, chiropractors, and Ayurvedic physicians. He publishes the COVID-19(84) Red Pill Daily Briefs – an email-based newsletter dedicated to preventing the governments of the world from using an exaggerated pandemic as an excuse to violate our freedom, health, privacy, livelihood and humanity. He is also writing a novel, Brave New Normal: A Dystopian Love Story. Visit his website at: MuchAdoAboutCorona.ca

Featured image is by caglecartoons.com