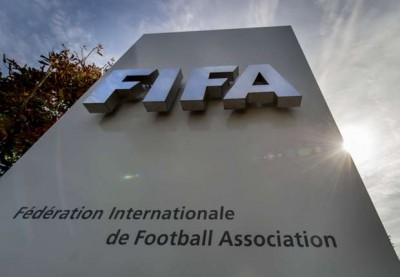 Why the United States Has Targeted FIFA: The Russian Connection 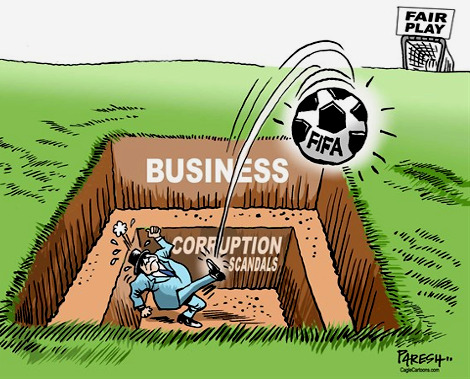 An example of how much revenue FIFA accumulated over this period, the 2002 World Cup generated $1.9-billion; while the 2010 World Cup brought in $3.655-billion and the 2014 World Cup, $4.826-billion. This revenue accrued from contractual agreements selling broadcast rights, corporate sponsorships, and hospitality and licensing rights, as well as from ticket sales. Therefore, the increasing amount of revenue made FIFA a ‘cash cow’ for all involved, including executives, officials, and FIFA headquarters; the host nation’s World Cup organizing committees; the six continental/regional football federations; and national associations largely in the Global South through FIFA developmental projects.

Owing to the amount of money to be made, it is not unsurprising that individuals associated with the World Cup organizing committees have delivered ‘under-the-table’ revenue (bribery, kickbacks, etc.) to receptive FIFA officials in order to buy votes to win selection to host the World Cup (and other FIFA organized tournaments). Further, nations that FIFA has selected to host the World Cup in recent years have mainly been ‘emergent market economies’ (BRICS) or petro-monarchies – South Africa (2010); Brazil (2014); Russia (2018); and Qatar (2022) – who were not only eager to host the World Cup (as well as the Olympic Games), but were willing to pay what ever was necessary.

By hosting the World Cup, those nation’s aimed to: 1) gain international prestige; 2) provide World Cup-connected domestic capitalist interests opportunities to garner huge profits; 3) rally domestic legitimacy for hosting the sporting spectacle; and, 4) carry out targeted infrastructure and commercial development projects. Further, since the 1970s, owing largely to the technological advances in global telecommunications, individuals associated with media conglomerates and transnational corporations have also resorted to illicit means to have access to FIFA members, with the intent to block out their competitors’ access to FIFA decision-makers. And, certainly some FIFA members have been receptive to those initiatives.

Why the United States Has Targeted FIFA

The timing of the United States indictments targeting FIFA is curious. First, as noted above, revelations about alleged FIFA connected corruption has been well reported over the past several decades, and particularly since 2010. Second, the Department of Justice’s (DOJ) indictments were issued two-days before FIFA was to conduct a presidential election during its annual general meeting in Zurich, an action which would certainly create havoc among the FIFA delegates. FIFA President Sepp Blatter, who had served four terms and who was claimed to be the reason for the alleged corruption, was expected to be re-elected. Third, to claim the jurisdiction to investigate and indict members of the Swiss-based international non-governmental organization the United States utilized the 1970 Racketeering Influence and Corruption Act (RICO Act), which was passed to go after organized criminal activities. Fourth, the FIFA delegates were also scheduled to vote on a Palestinian Football Association petition to expel Israel from FIFA. (That vote was not held.)

Despite the indictments, on May 29 Blatter was re-elected by a margin of 123 to 73, beating the United States-Union of European Football Associations (UEFA)-backed Jordanian Prince Ali Bin al-Hussein. In response, the Western media, British political officials, Michel Platini, the president of the wealthy UEFA, and United States left-oriented sports reformers immediately intensified the assault on Blatter. British politicians, the head of the English Football Association (FA), and Prince William even called for England to boycott the 2018 World Cup in Russia owing to alleged corruption concerning the decision to allow Russia to host that tournament. (Four days after his re-election, aware that he was the subject of a United States corruption investigation and probably coerced by FIFA sponsors, Blatter resigned as FIFA President.)

Since the individuals referred above, who are involved in much more costly and serious corruption, are not being indicted, it seems that the FIFA indictments are politically motivated. Thus, the most logical conclusion that one can make is that the United States assumed that issuing the indictments prior to FIFA’s presidential election might create chaos among FIFA delegates, and this would lead to Blatter not being re-elected. Further, it seems obvious that for the United States Blatter’s real crime was that he had insisted that “nothing will get in the way of Russia hosting the best ever World Cup.” Further, the Asian, African, and South American associations, which undermined UEFA’s influence in football’s governing body, were Blatter’s power-base. Therefore, if Prince Ali had been elected FIFA president he probably would have attempted to find a means to strip the World Cup from Russia. The calls to boycott the 2018 World Cup immediately after Blatter was re-elected seems to re-enforce that speculation. If this scenario is accurate, the United States’ objective is not to rid FIFA of corruption, but instead to force ‘regime change’ as a means to prevent Russia from hosting the World Cup. Simply put, the United States’ attack on FIFA is integral to its comprehensive (and reckless) aggression toward Russia, which aims to remove President Vladimir Putin so as to gain hegemony over Russia.

How will the FIFA Crisis Play Out?

Since Sepp Blatter resigned, a situation has been created where the United States-dictated Anglo-American/UEFA alliance will attempt to gain control of FIFA; although that alliance will face strong opposition from pro-Blatter national associations. (Europeans controlled FIFA from its founding, in 1904 to 1974). If the West does gain control, the vote on Russia hosting the World Cup will be re-opened, obviously pressed by constant anti-Russian/Putin propaganda derived from on-going United States and Swiss investigations and indictments. If a pro-West dominated FIFA is unable to strip the World Cup from Russia, there will be a vigorous effort by United States and British politicians for a boycott. What is certain is that the United States will do whatever it has to prevent the World Cup being held in Russia.

Furthermore, getting rid of Blatter will not end corruption in FIFA. And if the Anglo-American/UEFA alliance gains control of FIFA, it would control the distribution of revenues, particularly to national associations that do not follow the United States’ policy dictates, and, the selection of the host nation’s for future World Cups. In fact, if this occurred the Global South and Russian football associations might break from FIFA and establish a parallel football federation. Regardless, whatever purging and re-organization of FIFA occurs, FIFA can not be restructured into a transparent-corruption free body as long as it operates in the United States-dominated neoliberal world-capitalist political economy. •