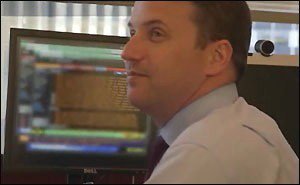 After Pleading Guilty for Felony, JPMorgan Chase Tells Its Customers It Will Continue to Rip them Off

As the U.S. Department of Labor deliberates giving JPMorgan Chase a waiver to continue business as usual after it pleaded guilty to a felony charge for engaging in a multi-bank conspiracy to rig foreign currency trading, a letter the bank sent to its foreign currency customers should become Exhibit A in the deliberations. The letter effectively tells JPMorgan’s customers, here’s how we’re going to continue to rip your face off.

Two sections of the letter stand out in particular. One section reads:

“As a market maker that manages a portfolio of positions for multiple counterparties’ competing interests, as well as JPMorgan’s own interests,JPMorgan acts as principal and may trade prior to or alongside a counterparty’s transaction to execute transactions for JPMorgan…” (Italic emphasis added.)

Most of the general public believes that proprietary trading (trading for the house) was outlawed by the Volcker Rule under the Dodd-Frank financial reform legislation. Most of the public believes that trading ahead of your client’s order is called front-running and is illegal. On both points, the public is dead wrong. First, the Volcker Rule has yet to be implemented. Its effective date continues to be pushed forward. Secondly, foreign exchange spot trading between big banks and institutions (like the folks who manage your pension money) is an unregulated market left to the non-legally-binding “best practice” agreements by the biggest banks. As we reported on May 14, the Chair of the group drawing up these best practices is Troy Rohrbaugh, the head of Foreign Exchange trading at JPMorgan Chase since 2005 – including the periods for which the bank has been charged with felony conduct.

Making this best practice committee even more specious is that it is sponsored by the Federal Reserve Bank of New York, part of the Federal Reserve which just fined JPMorgan Chase $342 million for lacking “adequate Firm-wide governance, risk management, compliance and audit policies and procedures to ensure that the Firm’s Covered FX [foreign exchange trading] Activities conducted at the FX Subsidiaries complied with safe and sound banking practices, applicable U.S. laws and regulations, including policies and procedures to prevent potential violations of the U.S. commodities, antitrust and criminal fraud laws, and applicable internal policies…”

Another section of the JPMorgan letter states:

In other words, despite five of the largest banks in the world pleading guilty to felonies, JPMorgan Chase still is not required to disclose a flaming conflict of interest to a customer unless it chooses “to disclose such information.”

Welcome to the world of the still unregulated Wall Street — despite its crashing the U.S. economy in 2008, over $13 trillion in loans and bailouts, nonstop charges of plundering the little guy and violating the public trust.

According to the Bank for International Settlements, foreign-exchange trading reached an average $5.3 trillion a day in April 2013, making it the largest market in the world by far on a daily trading basis. It operates 24 hours a day across all time zones. Reuters reports that this past January 15, when Switzerland shocked markets by removing its cap on the Swiss Franc, $9.2 trillion in transactions occurred on that day alone. How could the largest trading market in the world not be regulated? The short answer is that five of the biggest banks control more than half of that trading and they are milking a cash cow while cowed Republicans in Congress obsess about the cost of too much financial regulation.

Pieces of the foreign exchange market are regulated. U.S. exchanges that trade currency futures and options are regulated by the Commodity Futures Trading Commission (CFTC). The Commodity Exchange Act gives the CFTC jurisdiction over off-exchange (also called over-the-counter or OTC) foreign currency futures and options transactions involving retail customers. Retail customers are generally defined as individuals with assets of less than $10 million and most small businesses.

But the spot Forex market where big banks, insurance companies, pension managers, and large corporations trade with each other is effectively unregulated and that has allowed this felonious bank conspiracy to persist from at least 2008 through 2013, according to global regulators. This market is called the “spot market” because it involves the exchange of currencies between two parties on a spot date, typically two business days from the trade date.

Creating an honest and effectively regulated market for foreign currency trading has never been more important to the economic well being of the United States. The dramatic climb of the U.S. dollar over the past 8 months has caused many economic dislocations: imports coming into the U.S. are cheaper causing downward pressure on inflation targets; U.S. corporations whose exports are priced in dollars are finding it tougher to compete because their products in foreign markets look pricey against the local goods priced in cheaper local currencies. The U.S. trade deficit is widening as a result and corporate earnings are being negatively impacted.

And, against this backdrop, U.S. citizens have no reason to trust that the five banks that dominate spot currency trading have any plans to change their jaded ways or that there are any regulations that will force them to.