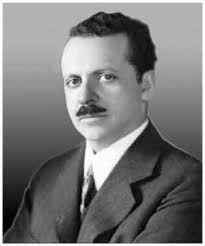 Edward Louis Bernays was an Austrian-American pioneer in the field of public relations and propaganda referred to in his obituary as "the father of public relations". He combined the ideas of Gustave Le Bon and Wilfred Trotter on crowd psychology with the psychoanalytical ideas of his uncle, Sigmund Freud. He felt this manipulation was necessary for society, which he regarded as irrational and dangerous as a result of the "herd instinct" that Trotter had described. Adam Curtis's award-winning 2002 documentary for the BBC, The Century of the Self, pinpoints Bernays as the originator of modern public relations and Bernays was named one of the 100 most influential Americans of the 20th century by Life Magazine.


"The conscious and intelligent manipulation of the organized habits and opinions of the masses is an important element in a democratic society. Those who manipulate this unseen mechanism of society constitute an invisible government which is the true ruling power of our country. We are governed, our minds are molded, our tastes formed, our ideas suggested, largely by men we have never heard of."


Edward Bernays, the godfather of modern public relations, says "the invisible government which dictates our thoughts, directs our feelings and controls our actions." He combined individual and social psychology, polls, political persuasion, and advertising to construct 'necessary illusions' which cabalistically became 'reality' for the gullible masses.


WORLD WAR ONE: THE COMMITTEE ON PUBLIC INFORMATION


President Woodrow Wilson was re-elected to his second term in 1916 as a peace candidate. On the hustings, Wilson said, "this is a government of the people, and this people is not going to choose war." But soon after winning the election, he led America decisively into World War I shocking and bewildering his peace-loving supporters.


So, why would Wilson revert from a Peace platform to a policy of engaging in a brutal war on another continent? The truth is that he was under the strong influence of the Jewish banker elite who engineered his first election for the Federal Reserve Act of 1913. After his second election, they wanted to profit from arms exports and ensure that England wins the war, a bargain they made in return for the Balfour Declaration.

However, convincing the peace-loving public was another matter. Wilson utilized Bernays' propaganda techniques to reverse public sentiment by stirring up anti-German fervor. In fact, it was Bernays who concocted the slogan, "Make the World Safe for Democracy".


In April 1917, the President created the Committee on Public Information (CPI) to carry out a nationwide campaign of propaganda. Spearheaded by journalist, George Creel, the CPI comprised members from business, media, academia, writers, and artists. Utilizing mass psychology, it disseminated pro-war propaganda based on emotional appeals and demonization of the enemy on a scale normally associated with totalitarian regimes. Although the CPI offered 'voluntary guidelines' to the news media, these guidelines became mandatory. Pacifists and dissenters were silenced through threats and accusations of being traitors. Hence a majority of Americans embraced the war with fervor and dedication.


The US involvement was short. On November 1, 1918, the Allies won the 'War to End all Wars' with the signing of the Armistice. The tools and Bernays and the CPI used to manipulate the public thru the mass media in wartime would continue to be used in peacetime and again during WWII and the many wars that followed.


Bernays from his book "Propaganda":


"In almost every act of our daily lives, whether in the sphere of politics or business, in our social conduct or our ethical thinking, we are dominated by the relatively small number of persons...who understand the mental processes and social patterns of the masses. It is they who pull the wires which control the public mind."


Bernays from "Psychology of Public Relations":

"...the group mind does not think in the strict sense of the word. In place of thoughts, it has impulses, habits, and emotions. In making up its mind its first impulse is usually to follow the example of a trusted leader [an icon or celebrity]. This is one of the most firmly established principles of mass psychology. But when the example of the leader is not at hand and the herd must think for itself, it does so by means of cliches, pat words, or images which stand for a whole group of ideas or experiences."


THE MECHANICS OF PROPAGANDA

From Edward Bernays' 'The Institute for Propaganda Analysis'


Use of authority or prestige from a symbol like church (cross), democracy (statue of Liberty), our nation (uncle Sam) to support a program or campaign. Also, medicine or science used to back a concept: e.g. "More doctors smoke camels..."


Appeal to join the crowd, follow the herd: everyone else is doing it, so should you.


*Fear
Disaster just around the corner, the cold war is back, 9/11 = fear of terrorism. (Note: patriots and
dissenters are now called terrorists by Homeland Security.)

Thru power of the media, lies are made believable after continuous repetition and reinforcement
by other channels of the consolidated media.

*A modern-day example of Name-calling: "Conspiracy"


The elite bankers attained their wealth and power by establishing central banks in the UK and the U.S. Naturally, they don't want the public to look too closely at their nefarious plots such as starting endless wars, so one tactic is to label 'conspiracy theorists' as people to be shunned. Such is the immense power of the controlled media that they can establish parameters for acceptable behavior and the masses who want to be accepted by their peers tend to conform. Hence this phrase now carries a strong pejorative association.

Today, the banker elite hold majority interests in the six mega-corporations that own 90% of the mainstream media. Thus, they control the news and influence our perceptions, even how we think and judge others. One cannot underestimate the power of a consolidated media because it signifies controlling reality itself as Bernays has stated.


Having a small elite group directly control the media represents a serious threat to American democracy and culture. It directly influences the minds of all age groups and how they perceive the world. Consolidation in business, banking, the media, and politics over the last hundred years has allowed the Federal Government to be taken over by an oligarchy of elites with unlimited assets, influence, and psychological control of the minds of Americans. The media also serves as a protective shield, isolating the elite bankers from scrutiny and challenge.


Edward Bernays According to Michael Cross


From another angle, Michael Cross, author of the "Freedom from Conscience" series and host of UCY Radio's "Unlock the Door" deals with how Bernays changed the world of marketing and politics in the below link.


What do you think about Mr. Bernays's work according to Mr. Anton and Mr. Cross's perspectives?


See the full video at: