Ajay Kumar Jhingan, our member and International Speaker/Trainer in Corporate and Retail Banking, is preparing his new course in Global Risk Academy - the Course on Drafting of Loan Documentation (Basics).  The idea came after many questions and requests from his students both in live trainings that he facilitates and in online course The Fundamentals of Credit analytics that he recently delivered for Global Risk Academy.

In this article he explains the importance of applying basic knowledge and skills of Loan Documentation in the day-to-day process of a credit officer. 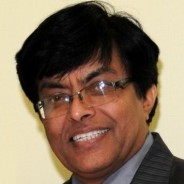 Banks business is to obtain deposits and lend money. The process of resource generation by way of deposit and deployment of generated funds by way of lending has some initial formalities which the banks have to comply. This is due to creating an evidence of making deposits by the customers and availing loans from banks. Many such documents are also witnessed by bank officials or as per policy of the respective banks or as per the law, if at all, as applicable to the place of execution demands or as per the seriousness of the document.

The evidence helps the banks in case there is any dispute or court case so as to produce such evidence to the Honourable Court or Inquiring Authority or Investigating Authority & bring the facts to obtain decree in favour.

You must have heard of a word “Vernacular”. The English Dictionary meaning of this word is “the language or dialect spoken by the ordinary people in a particular country or region”. An example will make the meaning more clear as “I chose to write in vernacular to make the content clear and understandable to the attendees at large”.

Imagine a case where a document is drafted by a Bank after sanction of loan. The loan is also disbursed as per sanctioned terms upon signing the document by the borrower and witnessing with necessary certification of vernacular language is also done as per norms by the bank officer.

The bank have been monitoring the loan as per their monitoring guidelines. The sanction also state monthly inspection of the borrower’s unit to ensure that the business activity is running. Bank have complied with the sanction terms of periodical inspection also. Till this time, everything is running fine and instalments with interest are also recovered timely. The loan is a Performing Asset in the books of lending bank.

However, due to non-availability of supply orders from the clients, the business activity stops. The borrower fails to deposit instalments and also fails to serve interest due on the loan. The bank look into the entire issue and finds out that the business activity has failed to perform. The bank declares the account (as per Asset Classification Norms) as Non-Performing Loan (NPL).

The bank starts its recovery action as per the Recovery Policy of the Bank. The bank issues Ordinary Notice, Registered Notice as well as Legal Notice to the borrower to repay the entire dues but the borrower does not respond to any of these Notices. The bank meets the borrower in person and borrower makes false promises and liability keeps running in books of bank as sticky liability.

Since there is no fruitful outcome, the bank (as stated in Legal Notice to file a Suit of Recovery in Court) goes ahead with the stated action within the law.

Remember that at this time, the Bank is Plaintiff and the Borrower is Defendant in Recovery Suit.

The Court goes ahead to produce the witness in whose presence the document was signed and contents of the documents, though in Vernacular Language, were explained to the borrower as per the signed certificate to this effect by the bank officer.

The bank officer, as required being witness, presents himself in Court. The Court directs the official to read the contents of the Vernacular Language. To utter surprise, the official fails to read the language of the document.

You can very well understand the plight of plaintiff bank in this case?

Obtaining & witnessing the documents and not understanding the contents of the documents despite executing the necessary Certification of Vernacular Language can prove to be quite costly to the Plaintiff Bank. The bank have to lose the case and have to absorb the liability in its books as per court order.

Drafting documents & understanding the contents and explaining the same to borrower if in Vernacular Language is not only a duty but also an art and such a skill can be referred to as Draftsmanship.

Had the officer read the contents in vernacular language and explained the same, he not only had saved the bank from credit risk but also would have saved him from accountability angle.

Remember that basics of documentation are important. Because of our busy routines, we may ignore such important & sensitive issues or may not attach much importance to them but once learnt through Course on Drafting of Loan Documentation (Basics) would definitely help us all to save from accountability angle. Our vigilant attention not only help us at a later date but also save to create losses from Credit Risk. Hence, be a professional.

We hope that you would have found this article interesting & knowledgeable.

“Risk comes from not knowing what you are doing” is a Brainy Quote by Warren Buffet. You will agree that this quote suits well for this article.

I'd love to hear your feedback in the comments box below

p.s. Join the Course on Drafting of Loan Documentation (Basics)