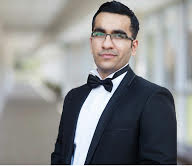 your pre-order today you will get the course for $397 (this offer is valid till July, 1st)

To pre-order the course click on the following link

(If you are based in a developing country, interested in the course and can't afford the price - send us an e-mail to info@globalriskconsult.com for a special coupon code)