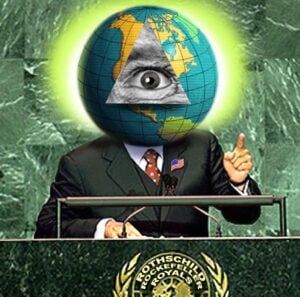 In order to wage war, rulers have to get the people behind them. Therefore, with the help of the mass media, images of the enemy are built up and irrational fears are stirred up. The fear of the subjects and their obedience are thus maintained. Machiavelli, a man who knows what governmental power consists of, how to acquire it and how to maintain it, is reported to have said: “On the art of war rests the whole secret of a ruler’s power.” Leo Tolstoy (1)

It is the same today: Two years ago, citizens were thrown into a panic by a globally declared viral epidemic and an obedience reflex was triggered, the likes of which are only known from dictatorships. With the threat of punishment for refusing a gene-altering “vaccination”, the fear level was and continues to be kept high.

For a month now, a war in the heart of Europe has been added to the list, and more wars are following. Again, strong fears are being aroused in the citizens; this time of a possible nuclear war and the “last judgement”. It is forgotten that we are all partly to blame for the miserable social conditions in the world.

If you think together the available news, you come to the conclusion that the “fateful” world events are supposed to absorb all citizens mentally and prevent them from looking bravely and defensively at what is in store for everyone: No longer owning anything – and to be happy with it. In the process, the previous human condition is completely called into question. Along the way, partly irrational fears keep the citizens in suspense, paralyse thinking and lead them to willingly and humbly accept what is fated to happen.

We should have known

As children of our time, we were unfortunately unable to correctly interpret the shining menacles on the wall.

The plans of philanthropists David Rockefeller Jr. and Bill Gates have been known for a decade and a half. They believed that the allegedly threatening population growth should be curbed by a dramatic population reduction to one billion people. But who took them seriously?

This deadly agenda fits both the theoretically already played out model of wiping out about one billion people forever through nuclear war (2) and Hitler’s “Master Plan Eugenics”, which lives on to this day in Klaus Schwab, the founder of the World Economic Forum. Presidents Vladimir Putin and Xi Jinping were or still are part of Klaus Schwab’s “Big Club”.

That politicians should not be entrusted with the solution of humanity’s problems is something most of us have known not only since Tolstoy’s “Speech Against War” of 1905 and his warning that those in power “are often the worst, most insignificant, cruelest, most immoral and especially the most lying people”. (3)

We were recently able to learn from Russia’s Foreign Minister Sergei Lavrov that Russia’s military operation in Ukraine is aimed at “putting an end to the ruthless expansion and pursuit of total domination of the US and the rest of the Western countries on the international stage” (4). Who will lead the new multipolar world?

The idea of abolishing nation states has been around long before the proclamation of the World Health Organisation (WHO) as the new world government and the “transformation” of so-called democracies or “silent dictatorships” into “open dictatorships” are well known from all parts of the world.

Since we humans have not recognised our emotional life and our ways of reacting due to a lack of psychology, both the diabolical plans of the ruling “elite” and our own reflexes of obedience take us by surprise. Thus we stand unawares on the edge of the abyss.

Our minds are not free and we have not been able to throw off the fear of our fellow human beings that we have been brought up with. From childhood, we are inculcated to believe in supposed church and state authorities and to be in bondage to them as if we were “dead bodies” (Ignatius of Loyola). State and church thereby act as henchmen who understand each other like two pickpockets (Jean Meslier). That is why, in matters of ideology, adult people show those mental and psychological impairments that were inflicted on them in childhood.

Many of them react to politicians like children or like primitive man reacted – in the form of a “magical belief in authority”: uncritical and clouded by moods, feelings and promises of happiness. And this has consequences: the belief in authority inevitably leads to obedience to authority, which usually triggers the reflex of absolute spiritual obedience and paralysis of the mind. Full-headed adults can then no longer think for themselves and judge rationally, and hand over decision-making power to immoral politicians.

Since we humans will not give up hope as long as we breathe, we will continue to dream the dream of a free and just world – regardless of all hardships and adversities.

Dr. Rudolf Lothar Hänsel is a teacher (retired headmaster), doctor of education (Dr. paed.) and graduate psychologist (specialising in clinical, educational and media psychology). As a retiree, he worked for many years as a psychotherapist in his own practice. In his books and educational-psychological articles, he calls for a conscious ethical-moral values education and an education for public spirit and peace.

He is a regular contributor to Global Research and Asia-Pacific Research.