By Makia Freeman
Global Research, July 24, 2020
Enrique Suarez Note:
This article is so far the best article I have ever read about the so called "Coronavirus" 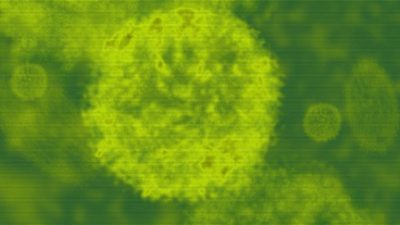 The virus misconception is at the heart of Operation Coronavirus, because without the concept of germ theory and without the horror story of the killer virus, most people would not buy the NWO-directed official narrative of COVID propaganda. In a previous article on the nature of the virus, I have discussed the heroic efforts of German virologist Dr. Stefan Lanka, who won a landmark case in 2017 which went all the way to the German Supreme Court. Lanka proved in the highest court of the land that measles was not caused by a virus, and that there was in fact no such thing as a measles virus. Lanka is still busy working, and he wrote this article earlier this year (translated into English here) entitled ““The Misconception called Virus”” in which he explains the history of how mainstream science went horribly wrong with its conclusions (really assumptions) to demonize the humble virus and to falsely ascribe pathogenicity to it when there is none.

Listen and subscribe to our RISK Management SHOW, available on major podcast apps and via the link below

The Virus Misconception: The Killer Virus Story vs. Deficiency and Toxicity

Lanka’s main point throughout the article is this: when modern scientists are working with diseased tissue, they think the presence of a virus is causing the disease, instead of realizing that the tissue in question has been cut off and isolated from its host, then doused with antibiotics, and that this separation and poison make it diseased and kill it, rather than any virus. Lanka writes:

“All claims about viruses as pathogens are wrong and are based on easily recognizable, understandable and verifiable misinterpretations … All scientists who think they are working with viruses in laboratories are actually working with typical particles of specific dying tissues or cells which were prepared in a special way. They believe that those tissues and cells are dying because they were infected by a virus. In reality, the infected cells and tissues were dying because they were starved and poisoned as a consequence of the experiments in the lab.”

” … the death of the tissue and cells takes place in the exact same manner when no “infected” genetic material is added at all. The virologists have apparently not noticed this fact. According to … scientific logic and the rules of scientific conduct, control experiments should have been carried out. In order to confirm the newly discovered method of so-called “virus propagation” … scientists would have had to perform additional experiments, called negative control experiments, in which they would add sterile substances … to the cell culture.”

“These control experiment have never been carried out by the official  “science” to this day. During the measles virus trial, I commissioned an independent laboratory to perform this control experiment and the result was that the tissues and cells die due to the laboratory conditions in the exact same way as when they come into contact with alleged “infected” material.”

In other words, the studied cells and tissues die with or without the presence of a virus in exactly the same way; therefore, the virus cannot be the cause of the morbidity and mortality. Interestingly, this is exactly what many health experts have stated, namely that there are only 2 causes of disease: deficiency and toxicity. For instance, Charlotte Gerson (who took over running the Gerson Clinic from her brilliant father Max) said this about disease and cancer. Removing cells or tissue from the body and thus cutting them off from their energy/nutrient supply will quickly lead to deficiency; injecting antibiotics into the mixture is toxicity; thus there is no solid proof a virus is causing disease when there is already deficiency and toxicity present. This is the key point of the virus misconception.

You can read the rest of this very revealing article in the link below: