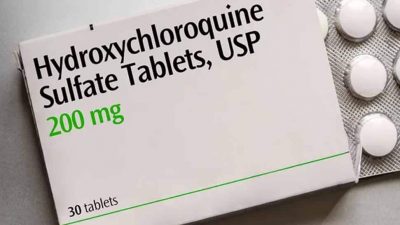 The quest to claim the prestige of science is one of the major themes accompanying the rush of the rich and powerful to seize more wealth and political clout during the so-called “great reset” presently underway. Much controversy has surrounded the use of hydroxychloroquine as a cheap and readily available remedy for COVID-19.

Hydroxychloroquine is a well-known medicine used to treat many ailments. When properly administered along with zinc, hydroxychloroquine represents a threat to the agendas being pushed forward by Bill Gates and Big Pharma. Many powerful interests have a significant stake in imposing a compulsory vaccine on humanity as the universalized remedy for the much-exaggerated incursions of COVID-19.

Some of those plotting to advance the vaccine agenda sought to sideline the adoption of hydroxychloroquine as the main remedy for COVID-19. They resorted to a well-organized crime that seemed to fly the banner of science while actually defying its evidence-based requirements.

This fraud involved the presentation of concocted evidence calculated to support a false conclusion about the alleged health dangers attending the use of hydroxychloroquine. The various elements of the fraud were put together by an organization known as Surgisphere. The operatives of this criminal outfit managed to get their dishonest study published in the prestigious peer-reviewed journals, Lancet and the New England Journal of Medicine.

The discovery of the fraud put into disrepute the peer-review process of two pillars of published scholarship. Attentive expert readers managed to see through the fabrication of data that was presented as if it was based on findings derived from the scientific assessment of about 100,000 patients and over 600 hospitals. Before the fraudulent nature of Surgisphere’s study was exposed, however, its publication resulted in the sidelining of hydroxychloroquine as a COVID-19 remedy in many jurisdictions including Alberta.

The Surgisphere/hydroxycloroquine fraud was quickly recognized as one of the most monumental deceptions of scientific research ever conducted. This episode serves as one of the best examples that those pushing an agenda of compulsory vaccines as the best means of combating COVID-19 are the foes rather than the friends of the scientific method.

Many aspects of this crisis are more manufactured than real. The Bill Gates-funded and dominated World Health Organization engaged in politics rather than in the scientific conduct of public health when it declared in March that COVID-19 formed the basis of a global pandemic.