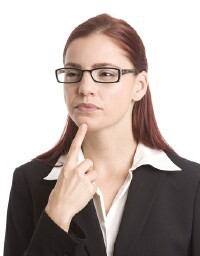 Taking the “Mystery” Out of What Employees Really Want

Thoughts on “what employees really want”

It was probably 20+ years ago when I was in a room on the North side of Chicago with an insurance company called Allstate – very well known in the U.S. I was engaged in a number of “change” activities and one day found myself in a room filled with senior managers – including a number from Human Resources. During our in-depth discussions regarding staff, I made the statement that for me it was simple – and applied as well to me as to staff.  What is it employees really, really want? Two things most of all:

So there I was watching a You Tube presentation based on work by Bob Proctor just a week ago that simply reinforced what I had said more than 20 years before.  And no, the story has not changed despite a lot of other things changing.  We are talking about “foundations” here – the cake so to speak and not the frosting on the cake - a future “Simple Truths” Blog will get into more “frosting” issues.

If you want to learn more, join my new online program:  Becoming a Strategic Leader in 6 weeks by Cultivating Your Creative Thinking

You can explore the two items above in a little more detail to be sure. When you do, there is a realisation that the following MUST also occur to even come close to declaring “success”.  What are they? They would all I suppose fit under the banner of “support” as follows:

OK, that’s me done and dusted for this time.  I hope you will let me know your thoughts – good, bad, but hopefully NOT indifferent.  Is there more? Sure, but let’s get the basics right first shall we? You should know by now that THERE ARE NO SECRETS. The secrets of effective employee management and development have been known for a “donkey’s age” to anyone who could be bothered to learn.  The issue ISN”T NOT KNOWING, IT’S NOT DOING! Get your act together now and as the nice people at Nike are fond of saying, “just do it!”

If you want to learn more, join my new online program:  Becoming a Strategic Leader in 6 weeks by Cultivating Your Creative Thinking